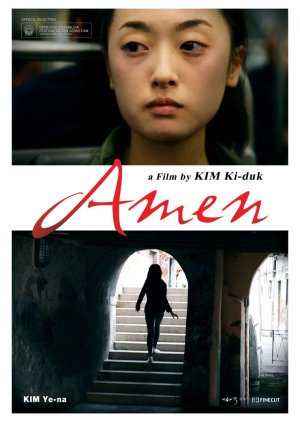 A woman goes to France in search for a man who she lost contact with, only to find that he has moved on to Venice. On her way to Venice, she faces a horrible incident in the train which makes her painfully question herself about life and relationships. And when she makes a frightening conclusion, the question becomes the share of the audiences. Edit Translation 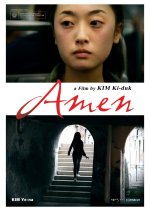 Completed
TheTranquilKnight
4 people found this review helpful
Other reviews by this user
11
Dec 4, 2013
Completed 11
Overall 3.0
Story 2.5
Acting/Cast 5.0
Music 1.0
Rewatch Value 1.0
Usually I write reviews if I love something very much or if something deserves more attention. But this time I'm writing because I've seen worst Asian movie of my life & also because this road movie came from the director whose movies I usually like...Kim Ki-duk. I liked almost all of his movies I've seen except Bad Guy and this...

Believe me I can enjoy and admire art films but this is totally different case...there is nothing artsy. Story looked interesting from synopsis but there is nothing in the story. A girl trying to find a man & just walks around city then goes to another city and try to find man, walks more aimlessly, sleeps somewhere and again cycle repeats. During her journey something happens to her by a masked man (played by director himself). Director explained that masked character, still it's pointless character.

Handheld camerawork is extremely irritating. I've seen handheld camerawork in 1-2 more movies; those movies had something appealing in their filming but Amen's camerawork is just garbage. Crew of only two; one is actress and another one is director. Everything from camerawork to editing is done by ‘cine-expert’ Mr. Kim & actress (filming masked thief).

Only positive aspect of movie is actress. Forgot her name but she’s really good.

Kim Ki-duk's '3-Iron' is one of my favourite movies and now Mr. Kim registered his 'Amen' in my worst 10 movies ever!

Overall 3 because of good acting of actress...

Completed
nayosh
2 people found this review helpful
Other reviews by this user
0
Apr 14, 2013
Completed 0
Overall 8.0
Story 9.0
Acting/Cast 10
Music 8.0
Rewatch Value 8.0
I loved and hated this movie . but can say it's a good one
the acting of the main actress was very very good and the movie was been shot in a new interesting style
what I loved here is you just don't watch and go away , this movie does gives you so much to think about , what is evil and what is good? and can we take good for evil or the contrast ?
the story was a little awkward and scary somehow coz it's fantasy but yet possible to happen
if you would like sometime of thinking and enjoying a different styled movie .. watch this :)
Was this review helpful to you?

New Topic
Be the first to create a discussion for Amen