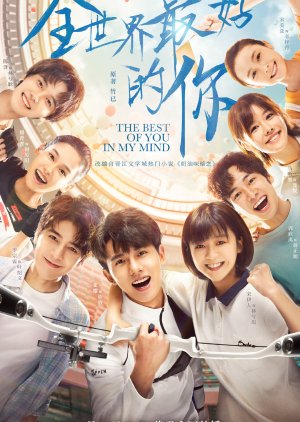 Lin Xi Chi is a college student majoring in veterinary medicine. She is well-liked and known for being bright and cheerful, although, on the inside, she is more insure than she would like to let on. Also attending the same university is her childhood friend, avid archer, and national defense student Xu Fang. He has had a crush on Lin XI Chi since they were both at school but has never plucked up enough courage to let her know. Although he can be quick-tempered with others, he always treats Lin Xi Chi with great tenderness. When she loses a bet connected to an arm-wrestling bout, Lin Xi Chi has to forfeit a month’s living costs – a twist of fate that brings the two ex-school friends closer together than ever. And one evening, their friendship is turned upside down when Xi Chi gets drunk, and long-suppressed emotions suddenly come to the shore. (Source: Viki) ~~ Adapted from the novel “Cream-Flavored Unrequited Love” by Zhu Yi. Edit Translation 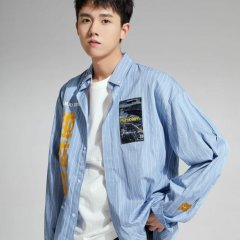 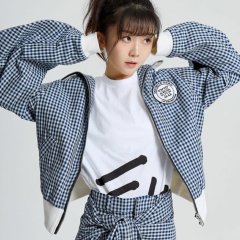 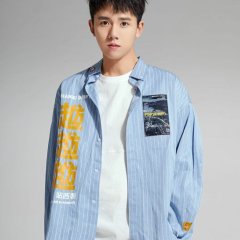 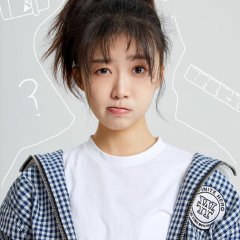 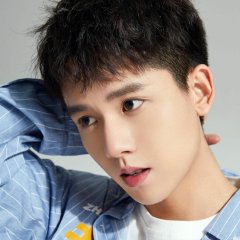 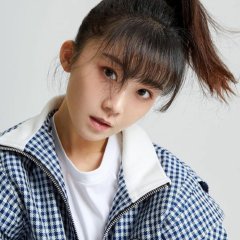 Chasing Our Individual Dreams, Together

I can’t emphasize enough how heartwarming, realistic, and human The Best of You in My Mind is. This is a modern-day college drama that focuses on how the female lead Lin Xichi and male lead Xu Fang start from being childhood friends and eventually end up as lovers. Yet it is also about the journey of youth and the struggles we face in pursuit of our dreams as we become adults. Not only is it a very satisfying watch with a great happy ending, but our characters also navigate incredibly relatable and touching issues.

♡ A Romantic Couple With Incredible Chemistry: Iriene Song and Gala Zhang have so much chemistry together — both actors depicted the transition from childhood friends to romantic interests very naturally. Most importantly, both Xichi and Xu Fang seek each other out during their hardest times, such as their struggles with their careers and achieving their dreams. They have such a healthy relationship where even though in the beginning they are always bickering and fighting, they are also always communicating openly with each other. Both not only share in the sweetness of their successes, but also support each other through their difficult times.

♡ A Male Lead Whose Charm is His Insecurity: Xu Fang is not a cold "alpha" male lead, but instead he is incredibly insecure, doubts himself, and constantly reflects on his own limitations. One of the things I admire the most is how refreshing his character is, and how Gala Zhang’s acting was excellent in depicting Xu Fang’s personal growth. Xu Fang begins as unwilling to be a leader and as reluctant to take the top position in the university archery team, to achieving great competitive success. The drama did a great job showing his fears as well as his mental struggles and setbacks which often self-sabotage his own opportunities. Yet Xu Fang is also incredibly loyal, devoted, and willing to recognize how others such as Xichi are his greatest support. The fact that the male lead is not only afraid to cry and openly reflect on his weaknesses, but also loves wholeheartedly, made him very admirable and unique as a character.

♡ Likeable Main and Side Cast: I liked all of the side couples (both of Xichi’s roommates have love lines.) I also loved the eventual bromance and bonding that developed amongst the archery team. Characters such as the coach, who initially began as being very hard on Xu Fang, turned out to be one of his biggest supporters. I also feel like the time given to each couple was well-paced, and I didn’t feel like our main couple was sidelined for the narratives of the side couples, which I often find occurs in other dramas.

♡ Solid Story With Little Filler: There is little filler, and I appreciated how the drama showed different phases of the lives between the main characters. The majority of the show focuses on their college years, while the later parts of the drama (after episode 20) transition to post-graduation. While I think the first half is stronger and more tightly written, I liked how we could see the growth between our main couple, and also the mental challenges they both faced as they reconciled with making their dreams a reality.

♥ The Family Drama: Part of the story is about how Xichi deals with the breakdown of the ideal family that she had envisioned and dreamed of. This is not a family situation that ends in utter tragedy (i.e. death), but without spoiling too much it impacted Xichi greatly. I personally really didn’t like this storyline, even though it (ironically) is what begins the drama and what you see from Episode 1. I was very disappointed with how illogically her parents handled the situation, and caused a lot of grief towards Xichi and her younger brother in particular. I admit that much of the drama does focus on Xichi finding her mom and coming to terms with her family situation, and for me personally this was not a fun part of the drama to watch.

♥ Strange & Irrelevant Use of Second Leads: Ye Shaowen is the second lead male who falls for Xichi. While I appreciated how he didn’t try to actively meddle with Xu Feng and Xichi’s relationship, he goes from being an important character in the beginning to nearly dropping out completely in the middle to late stretch of the drama. Additionally, one of Xichi’s roommates falls for Xu Feng, even though Xu Feng doesn’t notice her at all. I liked how she didn’t end up being a malicious female lead (even though the drama itself makes some strange edits to lead the viewer to think that she is). I think that the way that both second leads were incorporated were rather irrelevant and unnecessary, and didn’t really do much for the story itself.

♥ Break Ups: Without spoiling too much, there is a break up in this drama that occurs in the latter half. I personally liked it because it wasn’t stretched out, and it really was used in a manner that emphasized just how strong the relationship between Xichen and Xue Fang was. I also thought that the break up itself was very realistically handled and occurred for good reason (not because of external meddling, but because of internal mentalities and struggles) but I know that some viewers may be frustrated by seeing a couple go through the break-up process.

I'd highly recommend you watch this if you liked dramas that have fluffy romance, while also being a great slice-of-life drama that touches on many relevant issues. This show not only had great production value, but also had actors that did an incredible job making the characters likeable and relatable, and showing not only the successes they achieved but also the struggles and disappointments they faced. Most notably, this drama touched on realistic mental and psychological difficulties of trying to achieve your dreams, which is something I think is often missed out on in youth dramas. If you’re looking for a drama that depicts day-to-day life on campus and childhood lovers to adults romance, this is a good one to pick up for easy watching!

Completed
nnxrxll
4 people found this review helpful
Other reviews by this user
0
May 20, 2020
24 of 24 episodes seen
Completed 0
Overall 10
Story 10
Acting/Cast 10
Music 10
Rewatch Value 10
This review may contain spoilers
honestly cant describe how much i love this drama. im always looking forward for each episode to be subbed and thats a good sign of this drama being a really amazing one. yu fang is such an charming, heartwarming, cute and good looking male lead and boyfriend towards his girlfriend. i started to like gala zhang from there and always saved a bunch of his pictures. i am really looking forward for more dramas starring gala zhang as being a new actor in the acting field, he already made a huge impact on this drama as the rates are all so high. im really really impressed how this drama ended with the proposal. this drama is really really recommended for those who love and enjoy watching college dramas like me. there isnt any disappointment at all towards this drama as it is really really splendid. 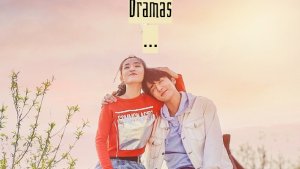