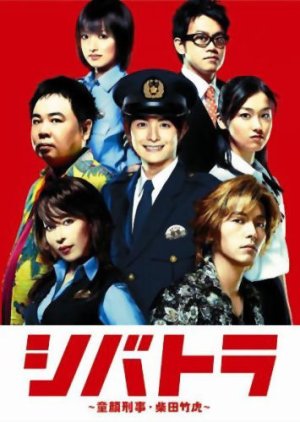 Completed
hoppingmad
9 people found this review helpful
Other reviews by this user
0
Feb 25, 2012
11 of 11 episodes seen
Completed 0
Overall 10
Story 10
Acting/Cast 9.0
Music 9.0
Rewatch Value 10
This was one of the best dramas I have ever watched in my life. It has the right amount of action, friendship, comedy and even a (tiny) bit of love. Koike Teppei was extremely good. He was the perfect baby faced officer. The rest of the cast was also very well chosen. Acting was top notch. The story line, well one word; AMAZING! Music was nothing special but it suits the drama.
I only thought of watching this because of Koike Teppei,but after the first episode I was completely hooked, not just because of him, but because of the whole plot and the cast. I will definitely re-watch this again, and I highly recommend this to any one who love action, police stories and Koike Teppei.

All in all, Awesome!!

Completed
Klara H
1 people found this review helpful
Other reviews by this user
0
Aug 17, 2019
11 of 11 episodes seen
Completed 0
Overall 7.0
Story 7.5
Acting/Cast 4.0
Music 9.0
Rewatch Value 8.0
This is my first time writing a review, as I normally either like a drama or don't. And if I like a drama, I will only see good things about it even if it's bad. But if a drama doesn't suit my taste, I can't find anything good about it. However, I had to write a review on this drama as it's the first one that gave me mixed feelings.

Story:
First of all, the story is the main reason I binge watched this and was so hooked on the drama. I liked the idea from the very beginning. The first episode completely took me by surprise, as it made it seem the plot was going to be predictable and I was okay with it, but it surprised me with a plot twist. I also loved the unexpected dark side of the drama, mixed in with the comedy to lighten the mood. Then, they introduced the unexpected depth to the characters, and started to show how everyone has a reason for being the way they are, while hinting slowly at their past and then explaining it slowly a few episodes later. It made me excited to watch and I couldn't stop. At the beginning, I was also into Shibata and his 'at all times kind-but naive' persona, as well as his relationship with the rest of the team. The friendship was a big part of the story and it made me smile like an idiot for a lot of the time. At the beginning, I also got hooked onto his speeches and views. However, as much as I was invested, I clearly couldn't ignore the gaping annoyances which I believe others would have a problem with too. At first, the plot twist was a shock, but then the drama started relying on that way too much, which actually made it more predictable with the fact that the most obvious person is never the culprit. Some other things that I liked at the beginning, also started to become annoying, such as Shibata's naive views and how he was always somehow able to change other criminals and the way they think just by giving them a speech. This happened in every episode and he was somehow able to turn everyone into a good person just by sympathizing a bit? That was so unrealistic, it made me annoyed and it also showed a predictability of the episode: go undercover, find a suspect, figure out it's someone completely different, give them a speech, they feel bad for their actions and become friends with Shibata. There were a lot of repeated scenes, some of which I liked as they built character and had a purpose, such as the funny gags that came out of it, but the idealism started to feel way too annoying later on. I liked the aspect of changing some people who later become allies, but when it's done in every episode, character development doesn't mean much. The ending of the drama also disappointed me, considering how easy it looked to wrap up nicely, without any plot holes.

Acting:
The story kept me watching, but there is also the acting, which is the complete opposite and almost made me consider quitting. Normally, I can overlook problems with acting in the favor of the story. However, here, the acting was way too over the top for me to enjoy. The best way to describe it is: 'the actors are trying way too hard to be anime characters'. Their exaggerated facial expressions and gestures when screaming, crying, being surprised or laughing were too cringy and out there for me to overlook and not laugh at. Because of that, some moments that were supposed to be sad, shocking, or disturbing, just turned out to be something I couldn't even feel or focus on, as I was only thinking about how much I want to skip some scenes. This is the thing I first noticed about their acting. This could also be the result of poor directing, as the effect related to this made it even more unwatchable. For example, in one episode where a guy was supposed to be crying, I could only hear him make crying noises with a scrunched up facial expression, but there were no tears on his face, which only made the scene seem ridiculous, making me unable to empathize. Therefore, I would say the worst thing about this drama was the acting, which could look better with less crazy effects, and if the actors toned it down a notch. Just like a lot of the story, it was way too unrealistic.

Music:
The reason I rated the music so highly was because I normally don't pay attention to stuff like that in drama and I have to think very hard about what the music was like. However, in this drama, the music was hard not to notice. This is because it did a lot to create the atmosphere and the repeated soundtracks gave me a feel for what was coming soon and how I should feel, which is what well-placed music in dramas should do. There was a certain type of music, which if it came on, I knew it was going to be a silly and comedy-packed scene, dark scene, sad scene, or a shocking scene with a sudden plot twist. Where the acting failed, the music was able to somewhat give me the right feels, which I had to appreciate.

Rewatch Value:
Would I rewatch the drama even with it's many mistakes? Shockingly, yes! This is because it's not too heavy to rewatch like some dramas that still left a scar on me, due to the well-mixed in comedy, teamwork, friendship, story, and many repeated gags that I would like to go back to. There were also some well done characters that I would love to observe more and specific moments to look at.

Overall:
Considering all these factors, this drama is nothing that would take up a favorite place of mine. However, even with its mistakes I was able to fall in love with many characters in this, which made me smile everytime they came on screen. Thinking about it and the story, with all my complaints, I don't know what it is, but there is definitely something with this drama that made me stick with it until the end. Not just that, but for some reason, as soon as I started, I couldn't stop watching it until I finished the whole thing. This shows there is something special, as I would normally quickly dropped a drama with such awkward acting and annoying plot points quite quickly. However, being able to look through its mistakes and loving it regardless is something that will give this drama a special place in my heart.

Completed
Erin
1 people found this review helpful
Other reviews by this user
0
May 10, 2016
11 of 11 episodes seen
Completed 0
Overall 10
Story 10
Acting/Cast 10
Music 10
Rewatch Value 10
Definitely did not see the ending coming!! The cast was wonderful; filled with familiar and new faces. I've only seen Koike Teppei in the movie "Kids", so this genre and type of story was a complete turn around but I immediately fell in love with the story, the cast, and the script. I watched all 11 episodes in one day; from about 1:30pm until 2:30am! If you're looking for a drama to break a slump or if you're just getting in to Japanese dramas, this one could be right for you! It fills the slice-of-life, comedy, detective, mystery genres very well; there is romance and some parts are a bit cheesy, but nothing too horrible. This drama was amazing, I was completely captured from the first episode!

The actors/actresses in this show could also lead the viewers to other shoes like "Kamen Rider","Mikeneko Holmes no Suiri", "the Quiz Show 2", "Kaito Yamaneko"... just to name a few!!