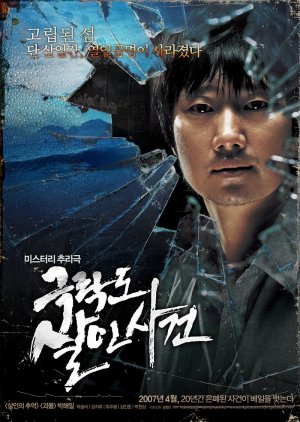 Off the southern coast of the Korean Peninsula, an island of 17 inhabitants exists. The so-called Paradise Island holds up to its name with its breath-taking mountains and sea coupled with good-natured people. No worries or stress holds for anyone who comes to visit this beautiful oasis. But this peace doesn’t last long as every single one of the inhabitants disappears one day without a single trace. Chaos initially breaks out when a blood-drenched corpse is found and everyone becomes a suspect. The furious sea allows them no boat ride to the mainland and their only existing radio communication device has been smashed. Trapped together on the island, everyone is suspicious of each other and even the unseen could be a possible suspect. As hideous secrets get revealed day by day, an island of paradise slowly turns into an island of death. Edit Translation 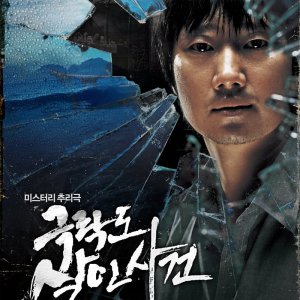 Completed
doragon
1 people found this review helpful
Other reviews by this user
0
Jul 18, 2014
Completed 0
Overall 7.0
Story 7.5
Acting/Cast 8.0
Music 6.5
Rewatch Value 6.0
This movie have a promising thriller storyline because it is about one group of inhabitants in 'Paradise Island' who are disappeared. Then, the strory unfolds in the island about what happened actually in the island.

The storyline is quite predictable ( at least for me), because the direction of the director was going is not strong enough to divert viewers to another angle, instead, viewers can easily guess the killers.
The theme thriller also misplaced, because the movie itself have much comedy, you just can't feel the intense thriller build up.

The climax and revelation of what is happening also lacks surprise element, thus, not very satisfying for avid thriller and mystery fans like me.

The acting is awesome, park hae il is great and also all supporting cast done their job perfectly.
As overall, this movie is recommended to watch if you are fan of park hae il or like to watch murder thriller. Just enjoy the movie.