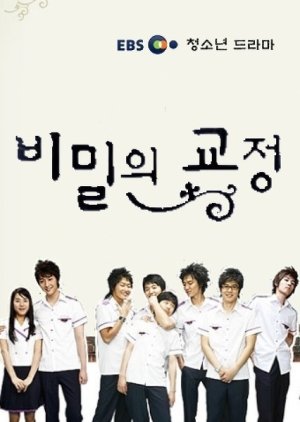 Seung Jae is a highschool student who suddenly passed away due to a traffic accident. At that time, he was dating Su Ah, a fellow student. After a year, Su Ah receives mails containing secrets surrounding Seung Jae. Turns out Seung Jae, at that time, was cheating on Su Ah and dating his friend's, Du Hyeon, sister, Eun Ho. In addition, Dong Cheol, a fellow student who aims to become a football player, quit attending his extracurricular activities after Seung Jae's death and no longer shows up at school. With the mails received, Su Ah's secrets start being revealed one by one. Edit Translation 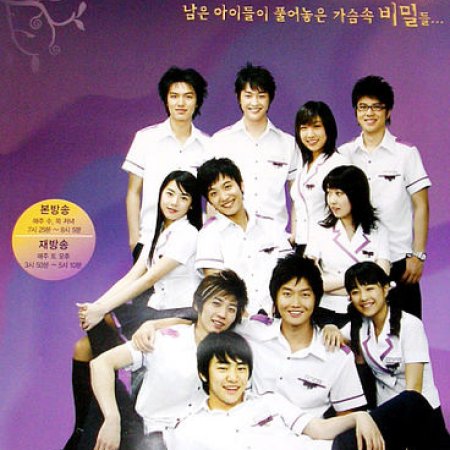 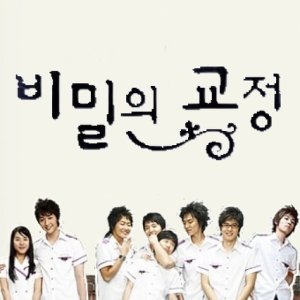 Completed
CherryBunny
6 people found this review helpful
Other reviews by this user
2
Jun 26, 2017
24 of 24 episodes seen
Completed 2
Overall 8.0
Story 8.0
Acting/Cast 7.0
Music 6.0
Rewatch Value 3.5
I was actually really surprised by this drama. At first, I wasn't really sure if I should give it a chance or not. It was an older drama and seemed rather outdated, plus it was about school so I was expecting the usual school romance tropes. It wasn't like that at all. In fact, it wasn't like any other Korean school drama I have seen, period.

Secret Campus was actually pretty realistic. It had the guts to tackle real, actual issues that teens face on a daily basis. I could relate to a lot of the issues because when I was their age, I went through many of the same things. Most school dramas are watered down and focus more on romance and drama. While Secret Campus did water down some of the more serious issues, the fact is, it actually *did* confront them, watered down or not. Besides telling the story of a group of high school friends and the pressures of getting good grades, it also dealt with bullying, grief, suicide and homosexuality. Each character had a story to tell, a problem to face and an outcome to take responsibility for. While some of the issues were less serious (such as the crushes on the teachers), it was showing that every issue was important to the person who was going through it.

The teen actors did an ok job playing the characters. Most never went on to do much else, but two did end up being mega stars. Park Bo Young was absolutely adorable here, though she was probably the weakest acting of the bunch. Keep in mind that she was very young and that it was her debut drama, so that's to be expected. Lee Min Ho's charisma makes him stand out, showing that even in the earliest days of his career, he had that special something. Even with the 2000's hairstyle and some acne, he was easily the most handsome of the guys. Seol Sung Min was really good and it's such a shame that he hasn't done anything since 2007. I was really impressed with his acting and would like to see him now. The same goes for Seung Hyun, who played the deceased Seung Jae in flashbacks. Unfortunately, he too hasn't done much else since.

I would definitely recommend this drama to anyone who is looking for a realistic Korean school drama. Just make sure you can deal with the outdated hairstyles! Also, one thing of note that really made it more realistic. All the teens actually look like teens in this. Real teens, too. There are no plastic faces and perfectly applied make up. Like I said above, you can even see Lee Min Ho's acne. I find this a major plus for the drama, but others might not.

Completed
Daisuke
0 people found this review helpful
Other reviews by this user
0
Nov 9, 2018
24 of 24 episodes seen
Completed 0
Overall 10
Story 10
Acting/Cast 10
Music 7.0
Rewatch Value 10
Although it is old fashioned I am liking this drama. It seems to get better as it goes on and I feel interested in the characters and what will happen to them. Yoon Se In (Kim Dae Woo) seems to have a leading part so I don't understand why he's listed as support role. I like his character a lot. I found the episodes centring on Seung Jae from about 9 becoming quite heavy, rather than just seeing the school life, but it was necessary to provide a story and it really developed into a good mystery towards the end. It confronts some quite serious issues, but not quite so violent as parts of School 2013. I shall miss the characters. It's a pity that some of them do not seem to have had any real or lasting follow up in their acting careers. It's really difficult to pick any stand outs as they were all good in their way. Jin Woo's (Sul Sung Min) character was the good guy most of us would like to be but can't! Anyone who likes school dramas, watch this. It was a lovely series and characters . Oh what shall I do now it's ended? Wait a bit and then watch it again.