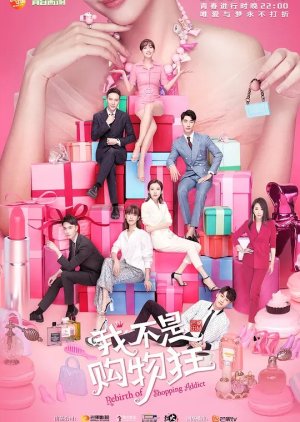 A story about a shopaholic who goes on the counteroffensive after losing everything overnight. It revolves around the business war between shopping malls and online stores. Gao Yang was born with a silver spoon. Her privileged existence afforded her the money to buy anything that she wants which developed her excessive shopping addiction. Alas, life throws her a lemon when her father suddenly goes bankrupt and disappears without a trace. In the blink of an eye, her world is turned upside down. At this time, she crosses paths with Yan Li, the nephew of her father's assistant, and receives his help. In order to make a living, Gao Yang accepts an offer to work for Li Ming Che, Yan LI's rival in business. Meanwhile, a spark of romance develops between Yan Li and Gao Yang despite their opposite personalities. Li Ming Che also becomes taken with Gao Yang's infectious personality. Through repeated trials in work and in love, Gao Yang realizes that she is lacking in many ways and works hard to mature into a better person. (Source: Chinesedrama.info) Edit Translation 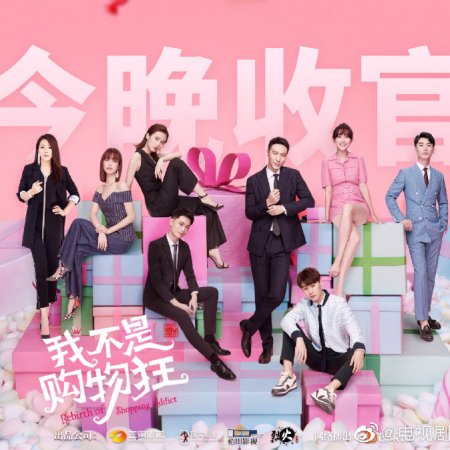 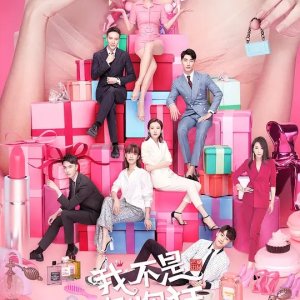 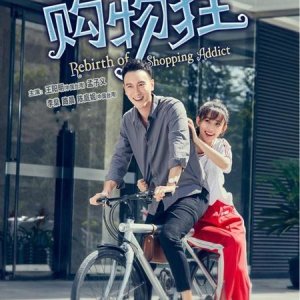 Completed
mustwonder
0 people found this review helpful
Other reviews by this user
0
9 days ago
44 of 44 episodes seen
Completed 0
Overall 7.0
Story 6.5
Acting/Cast 8.0
Music 8.0
Rewatch Value 5.0
This was an enjoyable, low-stress modern drama. I really liked Zoey Meng as the bubbly main character Gao Yang, and there were some mysterious (but not too convoluted) events involving her father that kept me curious through to the end. For me, the romance between the leads was the weakest part and I never found myself rooting for Gao Yang and Yan Li, but there is a side couple that I loved.

When her father's company goes bankrupt, Gao Yang is quickly forced to realize that her identity, self-worth, and friendships were all tied to her wealth. However, Gao Yang's poverty lasts for pretty much only one night because Yan Li brings her to his huge apartment. I wish Gao Yang had experienced more challenges on her own because things work out so easily/luckily. She does find a job on her own and works hard and persistently, but even in her financial condition she still purchases robot vacuums and sheet masks? She's kind-hearted, isn't spiteful, and does experience a lot of growth, so overall I still liked her.

I couldn't stand that Yan Li repeatedly called Gao Yang stupid, despite his actions showing that he saw merit in some of her ideas. I can be more forgiving when this sort of thing happens in a youth drama but Yan Li is a smart, mature adult. I guess it was supposed to convey how he loses reason when it comes to her and had feelings for her?? Yikes. In comparison, the second male lead Li Ming Che (played by the charming Li Shen) supported her creative ideas and appreciated her! When Yan Li had moments in the drama later on where he was sweet or affectionate, it actually gave me the creeps because it felt so unlike him. I was also disappointed when Gao Yang ignored the differences in her and Yan Li's personalities, and made him change his behavior for her while not doing the same for him. (The sweatshirt scene was The Worst.)

My favorite character was Xiao Zai because he was so funny, down-to-earth, and a supportive friend. The most memorable moments of this drama for me were Gao Yang's moments of self-growth and interactions with supporting characters. Also, although there were several characters facing unrequited love, none of them turned to any villainous behavior, which was a nice change. No scheming, no persistent 'I can't live without you', no creating misunderstandings. While I didn't love this drama, it was a nice break between some heartbreaking and emotional historical/fantasy dramas.

Was this review helpful to you?
Completed
Joyce Chan
0 people found this review helpful
Other reviews by this user
0
8 days ago
44 of 44 episodes seen
Completed 0
Overall 8.5
Story 8.5
Acting/Cast 8.5
Music 7.5
Rewatch Value 6.5
This review may contain spoilers
To be honest wasn't really expecting much... the female lead started out as naive and spoiled but I really like how she slowly matured and develops into someone being responsible and finds her passion in fashion and helping people. She has an optimistic, cute, chatty personality which was opposite to the Male lead. The male lead was reserved, logistical strict and organized.
Along the story you are introduce to people who someone interrupt their relationship. They did not even kiss/confess their feelings until ep 26.... She also kind of was in a love triangle between the 1st male lead and 2nd male lead. After that the 1st main lead 's childhood friend comes back and that takes about ten eps , and then the 1st main lead aunt came back also around 10eps.
It was really cute how the female lead's bestie ( which is a guy ) found love with the 2nd female lead.
I really like Sunny Wang but did not understand why they had to dub his english and voice? as for the chemistry between the main leads there was some but could be more >_< .
Overall it was enjoyable and above my original expectation .