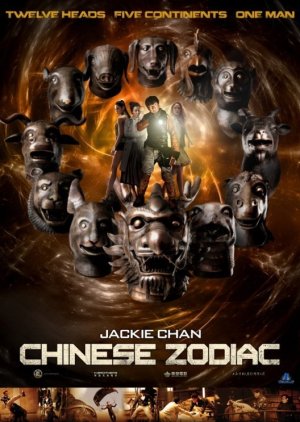 A man searches the world for a set of mystic artifacts - 12 bronze heads of the animals from the Chinese zodiac... The movie begins by a man telling the story of the Old Summer Palace and how it was looted in the 1800s by the British in the Second opium war. Among the treasures are bronze heads of the 12 Chinese Zodiac animals. In the present day, the bronze heads are auctioned for over a million euros each. The main company supplying the bronze heads and other stolen relics is MP Corporation. JC (Jackie Chan), is tasked by MP Corp to find the remaining lost bronze heads, with a promise of a 10 times bonus if he can recover all of them. JC visits a man named Professor Guan, who had created 12 identical replicas for study purposes with his team of researchers, under the pretense that he is a reporter named Martin from National Geographic. When left alone, JC scans the multiple bronze Zodiac animal heads using special gloves so that his secret organisation can replicate an extremely realistic model of them. After scanning, he goes to Paris to find a woman named Coco, recommended by Professor Guan, for more information on the whereabouts of two bronze heads. Edit Translation 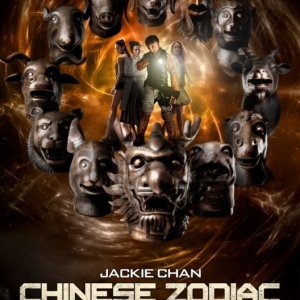 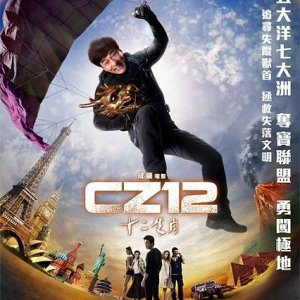 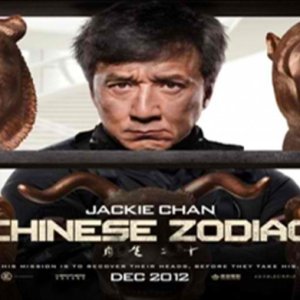 Completed
justineann
4 people found this review helpful
Other reviews by this user
0
Oct 4, 2013
Completed 0
Overall 8.0
Story 8.0
Acting/Cast 10
Music 6.0
Rewatch Value 9.0
Going into this movie with high expectations I was not disappointed. I loved this movie! Jackie Chan was great and the rest of the cast was really great as well. I'll admit it wasn't an 'epic' type of film but it was more light and I think that's partially while I enjoyed it so much. The actions scenes were really fun and not drawn out like they are in some movies. There were defiantly comedic moments. The movie went by fast however I didn't feel like it was too rushed in any way. I didn't get confused by anything, which is rare for me I almost always get lost. It did kind of seem like it was leading up to something bigger than there was but overall it wrapped up nicely and I can't really claim myself as disappointed in anyway. Even though this movie has a lot of great fighting scenes it's not violent or gory which was a big big plus for me. All in all it was pretty awesome in my opinion but I'm sure not everyone will agree. I also recommend watching the behind the scenes / NGs in the credits they were pretty funny.

Who watches a Jackie Chan movie for the story ? I know I never did. It never flies high and in this particular case, story and filming are an absolute mess ; but Jackie Chan movies remain fun to watch, especially Jackie Chan's fighting and acrobatics...which is the only reason why I would recommend this movie. I won't lie : giving it a 5/10 is too high for the objective quality of the movie, but my subjectivity cannot give it a bad note.

If you are curious how not to write a story, you might as well watch this movie. It does a huge fuck you to sense and common ground every five minutes and jumps from a thing to another without a valid reason and is way too quick, nothing feels right. Just...watch...and you'll get it... At least I hope so. As for the ending, I was between facepalming and laughing.

You cannot really speak of "characters", even "stereotype" would be too much, they are traits. Sure, there's a try to develop relationships between some characters, but it isn't worked on properly for it to be even credible. And I don't even speak about the motivation of some characters or their unvalid change of hearts.

It really varies from one to another. Some are really bad, others are ok, none are outstanding.

It seems Pirates of Carribean's OST is loved, because some soundtracks certainly sounds like remixes.

Oh my goodness, the transitions... I think it's the first time I've seen such a bad use of transitions in my entire life. XD It's so constant to the point it's hilarious how you pass from a moment to another. XD It feels very amateurish. If you want to know how not to do transitions, this movie is a very good example.

As for the scenery...it is ok, most of the time, until you arrive in the jungle...which is the most ridiculous part of the entire movie, not only due to the stage set but also what happens there in general. I'm still laughing thinking about it. I assume there was a huge lack of money, or at least it's the only justification I can give them.

Yeah, it's bad...really bad...but I know I would laugh if I would watch it again. And I would still appreciate Jackie Chan's "martial art". Just for that I could rewatch it. You can call this movie a "nanar" (aka "so bad it's good" or rather, turning funny by how bad it is done).