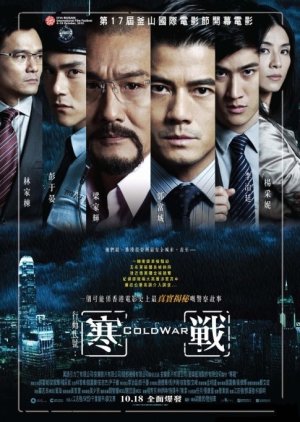 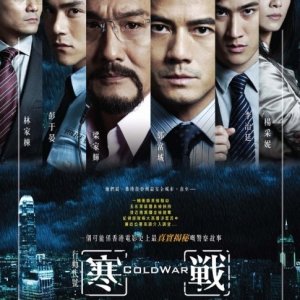 Completed
Cheer
21 people found this review helpful
Other reviews by this user
0
May 22, 2014
Completed 0
Overall 7.0
Story 6.0
Acting/Cast 8.5
Music 7.5
Rewatch Value 6.5
Starting with a big explosion at the heart of Hong Kong, this film is such a respectable crime thriller that deserves the watch if not the praise.

Hong Kong has been producing some cool action thrillers these years. Although most of them have been trying to unsuccessfully outclass Infernal Affairs but they merit great encouragement. Cold War is one of those films.

The directors Leung and Luk didn’t waste much time in building the thrills, ever since the first minute we get a badass explosion then the five cops were kidnapped triggering the beginning of the war. What I highly appreciated about Cold War is showing the ugly relationship between the higher-ups, some real life situations such as the greed for power and the corrupted systems. Rescuing the five officials became a war to both vice commissioners and those surrounding them. But then, a sneaky conspiracy comes to light making you suspect every single character that appears on screen.
However, that doesn’t deny the weaknesses contained in this film. Unfortunately, the film became quite heavy at the middle; pacing problems made some obvious flaws to ignore. It’s mainly related to the suspense part, it didn’t make the film dull but it’s bound to make the viewer impatient to what’s going to happen next. It was a somewhat long phase to ignore it. Moreover, the ending could have been better than that. The way they ended things implies a sequel that may never come. It would’ve been smarter if they cut things cleanly.

The acting department was downright penetrating. The versatile Leung Tony Ka Fai rocked so badly as M.B. Waise Lee, nothing less from such a high-profile Hong Kong actor. On the other hand, Aaron Kwok, who matured so well in recent years, did a marvelous performance as Sean Lau. The bickering scene between Lee and Lau at the first half is an absolute memorable piece. Charlie Yeung, Rahman Lee and the cameo of Andy Lau made this film such a good ground, acting wise.

Considering the fact that this is an action thriller, the action scenes weren’t always that well-made. But the shooting scene at the highway definitely got me; it was probably the best action sequence in the whole film. The cinematography was good enough. However, you have to keep in mind that this was Leung Lok Man and Luk Kim Ching’s debut film as directors and screenwriters. We all know how hard it is to write and direct an action thriller so both of them deserve all the encouragement.

Watch if:
-You’re in the mood for a watchable action-thriller.
-You like politics and higher-ups bickering inside crime thrillers.
-You want to see great performances by Leung Tony Ka Fai and Aaron Kwok.

Do not watch if:
-You’re expecting a great masterpiece.
-You want a flawless action thriller.

Despite its flaws, Cold War is a brave piece of work that’s bound to make you interested. It’s one of those films which make you feel that Hong Kong’s crime thriller genre is still vividly alive.