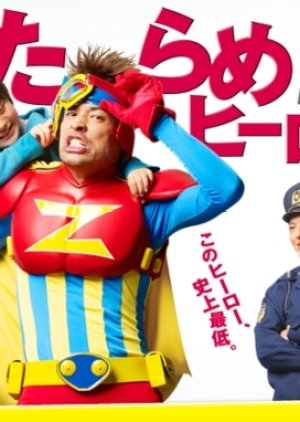 Kuzumi Kenta is a lowlife moocher whose tendency to always do absolutely nothing because he thinks doing anything is troublesome, is a sure sign that he is NOT a hero. However, upon eating mysterious candy, Kenta discovers that his physical strength and sensory abilities are increased tenfold for exactly ten minutes. When a police officer, his best friend Tanba Shuiji, discovers this ability, Kenta is forced to use his newly found abilities for good. Edit Translation 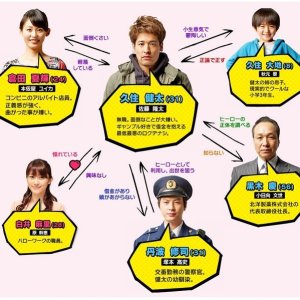 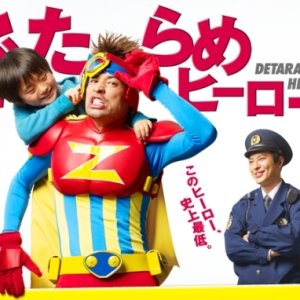 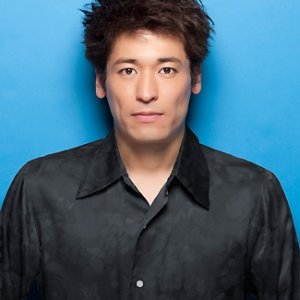 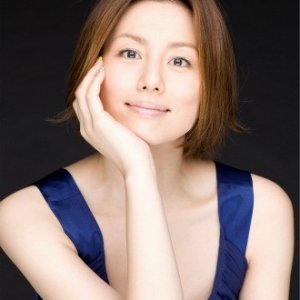 Completed
NewKDramaAddict
7 people found this review helpful
Other reviews by this user
0
May 4, 2013
13 of 13 episodes seen
Completed 0
Overall 8.0
Story 8.0
Acting/Cast 8.0
Music 7.0
Rewatch Value 6.0
Stupid and funny?! If that is your kind of drama, this one is for you. This is my first time seeing Sato Ryuta and he is pretty funny. Much of this is really slapstick humor. What else can you call it when you see a grown man running around in a super hero outfit!! Motokariya Yuika as Natsuki was cute as the convenience store worker that Kenta saves at the beginning. It's full of laughs, that's for sure.
Was this review helpful to you?

Completed
lontongstroong
3 people found this review helpful
Other reviews by this user
0
Aug 15, 2013
13 of 13 episodes seen
Completed 0
Overall 7.0
Story 8.0
Acting/Cast 7.0
Music 6.0
Rewatch Value 7.0
This show wasn't given name "Nonsense Hero" for nothing. I mean, it's a rather fun nonsense. If you are into stupid anti-hero shows, this is your thing.

The show kicked off pretty nicely. The concept is new and refreshing, with some puns and jokes ready to pop up out of nowhere and start to make you laugh. Some of them are really, really funny and even including parody of real life pop culture. However, it struggles with pacing issue later on, 13 episodes are far too long to explain the entire idea and story. I don't like how they make some characters act extremely stupid and overly naive (such as Natsumi, the illustrator) by prolonging the story and adding unnecessary cliches in some episodes (i.e eps. 10 all the way to the end). Had they want to make this show as much as 13 episodes, cutting the duration of each episodes to 30 minutes would do the trick, though.

Acting-wise, no one is particularly outstanding or stands out of the rest, but they all do the job. So are the music and screenplay. I was supposed to give a fair 8, but all the drags and overused cliches were enough to downgrade the point into 7.