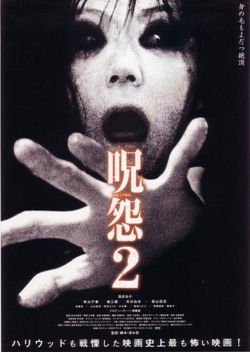 The vengeful spirits of Kayako and Toshio return to continue to exercise their deadly grudge against any living person who crosses their paths. Four women's lives become intertwined and ultimately very badly affected when they come into contact with Kayako and Toshio. Driving home one night an actress and her husband hit what they think is a cat. It soon becomes clear they have picked up an extra passenger the vengeful blue child Toshio who causes them to crash. The husband is put in intensive care and the wife looses the baby, but there's a whole lot worse to come. --asianmediawiki Edit Translation 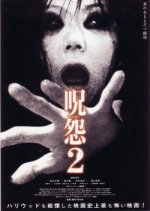 Completed
Anna0_0
0 people found this review helpful
Other reviews by this user
0
Jul 31, 2016
Completed 0
Overall 7.5
Story 8.0
Acting/Cast 8.0
Music 7.0
Rewatch Value 6.0
Ju-On: The Grudge 2 was, for me, a little better than Ju-On: The Grudge 1. This sequel was not only horror and suspense, but had a little bit more of a mystery tone to it; the only thing keeping the score from being higher was the slightly confusing ending. Despite the continued story of vengeful ghosts and the ending, it was a pretty good watch. The film consists of mini-stories, much like its predecessors, but they are placed a little more cohesively and the connections between past and present, people and places are more understandable.

The acting with this film was as expected, although the actress that reprises her role as Saeki Kayako (Fuji Takako) improved as far as body movements go. While her expressions and sounds have always been creepy, she utilized her body movements to create even more atmosphere with her character. Each actor and actress worked well within the characters they took on, but no one was a stand out star or super memorable - with the exception of Fuji Takako.

The music and sound effects were not much different from the previous films, but with a franchise known for certain key noises that can be expected, The placement of noises worked just fine, and effectively created suspenseful moments and built up the film's atmosphere; I enjoyed the actual song with lyrics during the end credits. It was refreshing compared to the other films with only instrumentals.

As for rewatch value, it is rewatchable. How often, of course, depends upon the person. I would watch it again after a little bit, especially because I am a huge horror fan. Every once in a while sounds about right, but not right away. If you like horror movies, want to see the Japanese counterpart to the Ju-On franchise, or even just feel the need to watch something a little spooky I would suggest this.

New Topic
Be the first to create a discussion for Ju-on: The Grudge 2 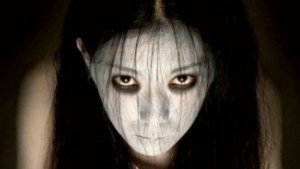