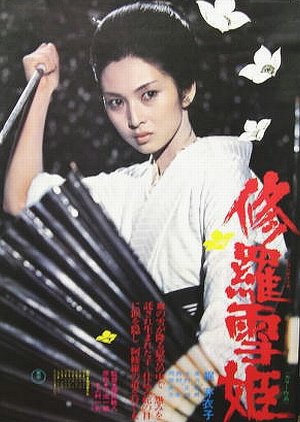 This movie is the story of Yuki, a woman who seeks vengeance upon three people who raped her mother and killed her mother's husband and son. This movie was an actual inspiration for Kill Bill movies. Edit Translation 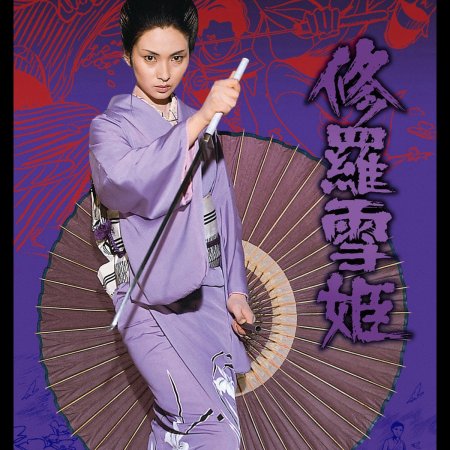 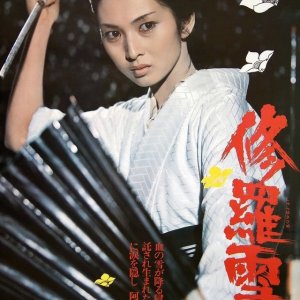 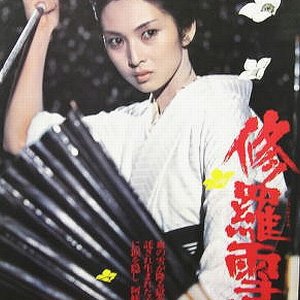 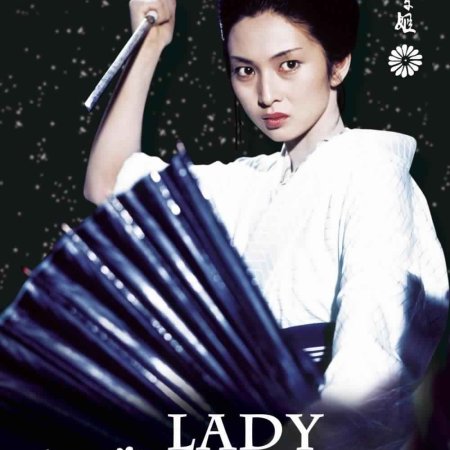 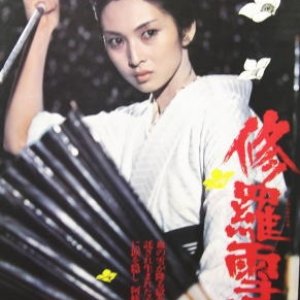 Completed
RisefromBlackAshes
2 people found this review helpful
Other reviews by this user
0
Mar 5, 2017
Completed 0
Overall 9.5
Story 10
Acting/Cast 8.0
Music 5.0
Rewatch Value 9.0
I might be among the few, but I really dig older Japanese cinema. A lot. "Lady Snowblood" being no exception to this.

For those familiar with the Kamimura Kazuo manga, this is the film adaptation that was given her blessing. You could even say it's among the very first manga into film adaptations that Japan has ever done! Which makes this film a treat.

Lady Snowblood is the story of revenge passed from mother to daughter, and artfully done. While it deviates from the original story from the manga, it still captures the main essence of the story and maintains all critical characters. Their are some minor adjustments made to everyone but Sensei, Mother, and Yuki (Lady Snowblood), but all are done in good taste to adjust to technology of times and time constraints. Be warned this is a SPLATTER FEST, with implied rape scenes. It wasn't for everyone then, it isn't for everyone now.

The music pulls from the original timeline of the manga, as well as current trends in music at the times. A little loud at times, but doesn't detract from the story or dialogue.

I adored the manga, and I adore this film. If you're looking for classic cinema from Japan, or are a fan of 'Kill Bill' please give Lady Snowblood a shot!

Completed
SuperDrama101ohyea
0 people found this review helpful
Other reviews by this user
0
Mar 11, 2018
Completed 0
Overall 10
Story 10
Acting/Cast 10
Music 10
Rewatch Value 9.5
THE BEST MOST SATISFYING ACTION SAMURAI REVENGE MOVIE EVER??? I think... YES!!! This movie is so beautiful, bloody, moving, sexy, action, and awesome in so many ways

I do not understand why this film score in under an 8 on MDL, so damn disappointing, it should be all the way up there, even though this film inspire Kill Bill, This movie is better.

Story: Not going to spoil much but the story is pretty much about a young woman who tries to track down the people who killed her mother, and mother's husband and son, the story is not so complex but it just makes the movie more awesome and a good length time, don't know why people rate movies that have come out the last past 10 years higher then the movies from the 90s and under, like really? Some of the movies from the past 10 years are great but the older Japanese movies are 1000x better and amazing in so many ways, like seriously! Even though this film is known for being really bloody and gory, it makes the movies even more amazing, with out the blood and gore, well... thats boring.

Acting/Cast: Kaji Meiko as Lady Snowblood = Super badass samurai girl, give this girl an Oscar for her amazing acting! She is an amazing actress, she totally fit the role as Lady Snowblood so well, with out her, the movie is gone, Lady Snowblood character is a serious woman who seeks for one goal but will stop anyone in her way, the other characters did their role really well to, old Japanese movies are always the best, especially the acting.

Rewatch Value: I re-watch my favorite Asian movies a lot, this is definitely part of the re-watch list because the story, acting, blood, and music is great.

Overall: For the overall, a 10 out of freaking 10, one of the best Japanese movies of all time, and everyone should give it a try if you like revenge, action, blood, and badass female leads, I'm glad that I found this film, its so great, I have the remastered version and it looks so much nicer then the original version, if you have not seen it people, stop what your doing and watch this now, you won't regret, I promise you!