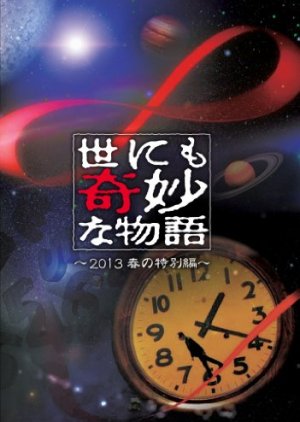 ***Noroi Web (Curse Website) Yoshida Misaki (Sasaki Nozomi) is an office lady who keeps getting scolded by her superior who always blames and humiliates her for being incapable in front of her colleagues. Yamashita Toru (Tanaka Kotaro) of the Sales Department has been secretly carrying out an office romance with Misaki, but lately, he has become cold toward her. Neither work nor love is going well for Misaki. One night, when she is deleting junk emails on her computer, she notices that she has received an email with a strange title. The source is “web” and the title is “To you, the one troubled by your obnoxious boss, A curse on your behalf.” Misaki clicks it against her better judgement... ***Sekiyu ga Deta (Oil Came Out) Because of the drastic reduction of global oil production, prices of commodities have risen steeply, the domestic unemployment rate is the worst since the end of World War II and Japan is in an age of hyper-recession. One day, Yumoto Yoshihiro (Maruyama Ryuhei) is on the way home from visiting a job placement office when he feels the urge to urinate. He rushes into a toilet but unfortunately it is off limits. He hastily makes a dash for the bushes nearby and takes the opportunity to urinate on a fire thought to have been left by a homeless man. Instead of extinguishing the fire, it burns more intensely. Feeling something abnormal about his own urine, Yumoto gets a check at a hospital. The doctor who sees the test results reels as he tells Yumoto, “This is oil …” Yumoto is shocked. This has been reported and Yumoto is taken away by men identifying themselves as staff of the national research institute. Yumoto manages to escape and arrives at a village in the mountains... ***AIR Doctor Kirihara Toru (Oguri Shun) is onboard a plane bound for Hawaii when a cabin attendant makes an announcement asking if there is a doctor among the passengers. One of the passengers is suffering from a tightness in his chest. Kirihara immediately stands up and tells the cabin attendant “I am a doctor …” After palpating the passenger, he diagnoses mild arrhythmia and succeeds in stabilising him. People cheer. However, Kirihara is not a real doctor. Meanwhile, that passenger is in pain again and he decides on an emergency operation. But the passengers present are all imposters too... ***Fujimi no Otto (Immortal Husband) Soejima Mie (Dan Rei), who has been married for 10 years, is extremely tired of married life with her husband Keisuke (Omi Toshinori). One night, she feigns a robbery and murders her husband with a spanner. After that, Mie makes it looks as if she received a phone call from Keisuke while at lunch with fellow housewives to create the perfect alibi and goes home brimming with confidence. However, her husband’s body has disappeared even though it should be in the living room. When a bewildered Mie turns around, Keisuke is standing there with a bland expression. He does not seem to recall that he was killed by Mie. “He’s a tough man to not have been died despite being hit in that way.” Mie murders Keisuke again, but no matter how many times she does so, he keeps coming back to life. She gradually grows fearful of him... ***Kaidan no Hanako (Hanako by the Staircase) Aikawa Hideki (Tokui Yoshimi) is in charge of the day-shift at the staff room during the summer break at Wakaba Minami Elementary School. A phone call comes in. The caller is Odani Chisako (Omasa Aya), a university student who had been coming for teaching practice until two months ago. Chisako says that she wants to come to the school to take something she left behind after the training. She soon arrives at the staff room, but Aikawa who thinks that he had locked the main gate, worries about intruders in the school since Chisako could enter the staff room. And so, he and Chisako go round to check. As they patrol the school grounds, the two of them begin to talk about the story of “Hanako-san’s Stairs” which has spread around the school but... (Source: jdramas.wordpress) Edit Translation 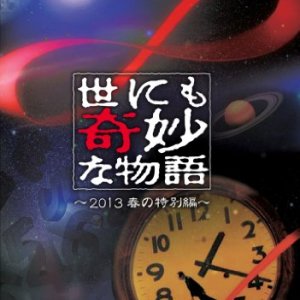 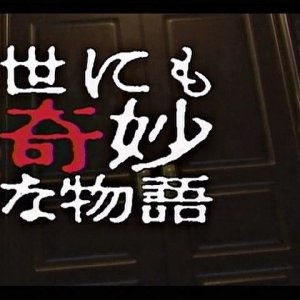 New Topic
Be the first to create a discussion for Yo nimo Kimyou na Monogatari: 2013 Spring Special