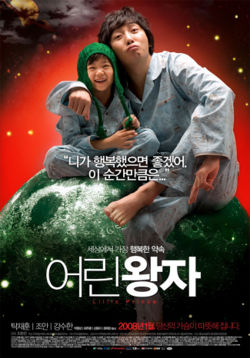 Tak Jae Hun portrays an alcoholic who is traumatised by the loss of his wife and son, and he is ridden with guilt since he wasn't much of a father or husband. Through circumstances, the man comes into the life of a chronically ill little boy who was abandoned at an orphanage by his mother when she started a relationship with a new man. The man is reluctant, but after a few meetings, the kind and brave boy melts the man's heart. The little boy is played by Kang Su Han. Actress Jo An features as an energetic young woman who works at the orphanage. She has a close relationship with the boy. Edit Translation 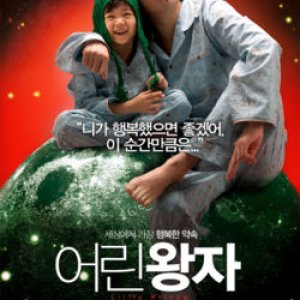 Completed
devitto
3 people found this review helpful
Other reviews by this user
0
May 27, 2012
Completed 0
Overall 10
Story 10
Acting/Cast 10
Music 9.0
Rewatch Value 8.0
This is definitely one of the saddest movies I have ever seen. It is told in a dreamy and lovely, but also desperate and sad point of view.

I have never read "The Little Prince", but this movie just made me really appreciate the story. I think I will read it to my son.

The acting was incredible, especially Kang Soo-Han's. It must have been a hard role to portray, but he did a great job.

The music was very good, too, though it wasn't really that important.

The movie sequence in the end, an alternation of "The Little Prince" I think, was unbelievably sad.

All in all, this was a wonderful movie that I warmly recommend to everyone.

Completed
Senpai
0 people found this review helpful
Other reviews by this user
0
May 11, 2017
Completed 0
Overall 9.0
Story 9.5
Acting/Cast 10
Music 8.5
Rewatch Value 9.0
The allusion to the classic "Little Prince" and "massaging" the chicken.
Well, there's no way to mention that comical and sad scene of the poor chicken being "massaged" tight by Jong-Chul (Tak Jae Hoon).

Basically his story is simple, to summarize, in "Eorin Wangja": A guy, Jong-Chul who lost everything finds in the boy Young Woon (Kang Soo Han) a purpose to continue to live. But where does the allusion of the classic "Little Prince" come into the story? Read the book and you will understand.
Jong-Chul is magical because he makes a fan appear in the hospital where even there were no ladies, much less in a pediatric ward, he also gives rise to clothes of delivery, where he takes me that clothes of delivery to infiltrate, If at the public aquarium? Stole, bought, stripped one of the guys? Seriously ... since when did you bring extra clothes to work? He is magical!

From negative to malted from fish, poor people, in various scenes it is noticed the fish rising to the surface to breathe, fish only do this when there is not enough oxygen in the water. Unfortunate...
And to wax, which is confusing, it is girl or boy, if you do not pay attention, you will find that the son of Jong-Chul is actually daughter, a girl, Saet Byul (Lee Joon Ha), because it is back and forth that Gets to knot in the head.

Overall the film does very well, it's a feature film that goes beyond fiction and adds value making us want to live a better life.