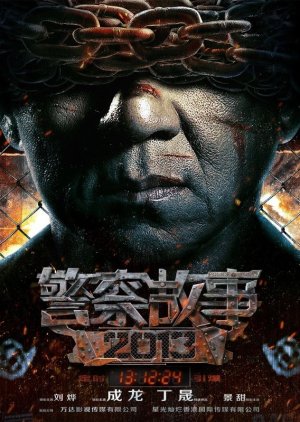 The story begins when all of the customers in a pub are suddenly kidnapped and held hostage. Among the customers are criminal police officer Zhong Wen and his rebellious daughter Miaomiao. The kidnapper is the pub’s owner, Wu Jiang, who is hoping to use his hostages to secure the release of a criminal who has been imprisoned for many years. Edit Translation 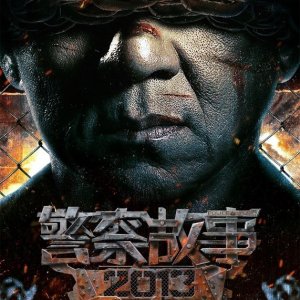 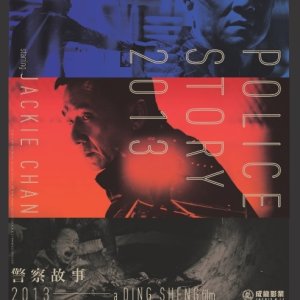 Completed
silent_whispers
1 people found this review helpful
Other reviews by this user
0
Jan 31, 2017
Completed 0
Overall 2.0
Story 2.0
Acting/Cast 6.0
Music 3.0
Rewatch Value 1.0
Ah, Police Story 2013. I went into it as a long time fan of the franchise and as a HUGE Chan Jackie fan. I love the man, and, though it's been ages, I love the franchise. After watching this movie I suddenly felt myself trying to remember the plots of the prequels. Where the plots all this bad? Because this was horrible. Now it's not on the level of Die Hard 5 (which killed the franchise and I try to forget it ever existed), but it's well bad. ***Edit: after rewatching all the other movies before I realized that it was not the same character as the first 3--technically 4 as well--instead it's like New Police Story and Jackie is playing a WHOLE NEW cop character. That doesn't mean this doesn't kill the franchise any less.***

In the States I found this under Police Story: LOCKDOWN. That should have been my first cool that this was not going to have the key element to the Police Story franchise: Comedy.

Even with New Police Story rebranding the franchise it kept some humorous aspects. Made the character sympathetic and human. This latest entry sadly does what American action movies think you need. Super inhuman and unsympathetic heroes. Basically trying to create an anti-hero. Jackie's characters always tend to get hurt and react to pain, but I didn't feel like this happened.

Overall I think the actors did what they could for the script. Their work was the best. However, the writers decided to add lots of jumping and flashbacks to build the story. While I liked the slight "twist" as to why the guy was holding them hostage and what truly happened. Flashbacks may be popular, but they are hard to utilize affectively. Most of the time leaving the story sketching and sloppy at best.

Visually this was cool and honestly I can't remember the music running through out the movie except for a few annoying songs. The end OST playing through the credits was lovely though.

I'm a little baffled as to why they didn't utilize Chan's awesome fighting stunts more. At the very least to cover up the lack of decent writing. Because our hero Zhong Wen was unlikable. Which is a huge loss to any story, especially this franchise. I believe they were trying to make him world weary. To bring grit and a lot of the "modern" trappings into the franchise. Oh, well. I'm happy Chan is still in demand, I just hope they do better if they continue to build on this franchise. (Please, don't kill it and reboot like Die Hard.)

Another thing is that each installment into the franchise before kept pushing the boundary for stunts. All of the ones before have stunts that are legendary Jackie Chan stunts of gloriousness. For anyone thinking of going into the franchise I'd watch them in order. The first three are classics and tie in well. The 4th loses its way to international marketing, but still is great. New Police Story is a great reboot, remember it's a new character though. In my heart I think the first 3 movies will always be "it". I enjoyed New Police Story, but I think it is at heart a standalone. Using the name of the franchise to mooch.

Side note: Police Story 2 and 3 are my all time faves!