Domoto Akari is a rookie attorney, so-called "Hokaben," a hot lawyer just out of the oven. Sugisaki Tadashi is her boss at the big law firm, but he has lost his passion for work, and is as cool as ice. These two meet as the only two attorneys at the Pro Bono (For Public Good) section, which the firm created to fulfill their social service obligation. The law will protect the weak---rookie attorney Akari still believes in the idealistic dream. The law will not protect the weak, and it can even be a weapon to kill people---experienced Sugisaki has seen the limit of the law. Clients after clients looking for saviors come to them for help, but the realities in front of them are too harsh to face. Will they give up or will they face the reality and fight? --NTV Edit Translation 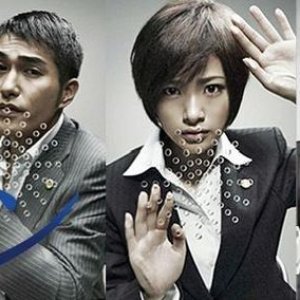 Completed
koalola
2 people found this review helpful
Other reviews by this user
0
Jun 16, 2012
10 of 10 episodes seen
Completed 0
Overall 8.0
Story 10
Acting/Cast 10
Music 9.0
Rewatch Value 6.0
This drama is mostly one case/episode (except for one that spreads out into two) therefore a great choice for your daily drama intake. However you won't be able to stop just after one. I found the cast awesome, the stories were interesting but still "real" and I could not believe how fast I went through it.

The re-watch value for me is low because it ends in a cliffhanger. It's not a bad thing but for me it felt to be the wrong choice after the whole story line build up.. It's a matter of personal preference however, I honestly think this one is underrated as it is a great show!! It still has a satisfying ending, maybe my problem then was the fact that it was over haha!

Word of warning, the main role is a beginner and fairly naive lawyer portrayed perfectly well for me, though perhaps annoying for others.

It was exceptionally good entertainment for me.

New Topic
Be the first to create a discussion for Hokaben