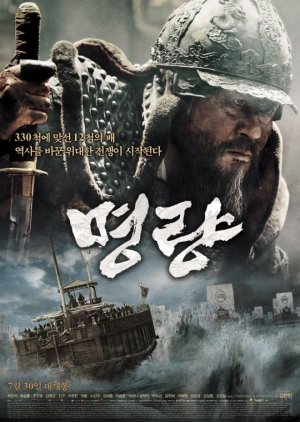 In the year 1597, when the Joseon Dynasty faces imminent ruin by the Japanese, disgraced Admiral Yi Sun Shin is summoned as a last resort to lead the kingdom’s remaining 12 ships and an army of doubtful soldiers against the Emperor’s 330 strong fleets. (Source: CJ Entertainment) Edit Translation 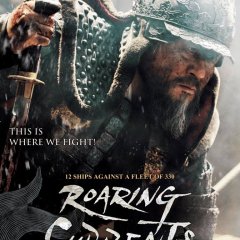 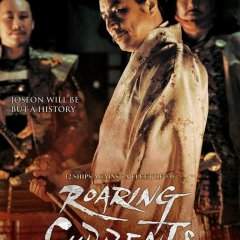 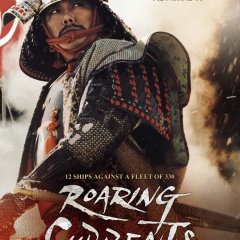 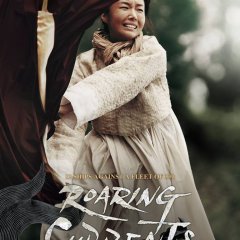 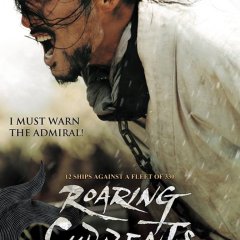 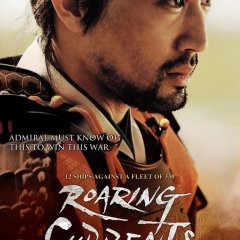 Completed
Nyli
10 people found this review helpful
Other reviews by this user
0
Mar 29, 2015
Completed 0
Overall 10
Story 9.0
Acting/Cast 10
Music 10
Rewatch Value 10
To say I loved this movie is an understatement. Maybe it was the surround sound of seeing it in a theater. Maybe it was the fact that it was my first ever Korean movie to watch in the theater. Who knows either way I went into this not really sure I would like it. Historical war movies are not usually my thing. In fact I usually stay the hell away from them because they're just too sad and depressing. It is entirely possible that this does not bother me with this movie because I do not know enough of the history. Whatever it may be I loved it. The scenery was epic and completely brought to life the movie, not to mention that the sound effects were perfectly on point. The amount of great acting in this film was superb and only diminished slightly by the fact that they had only one actress with a semi-speaking part in the whole thing. However, I feel like you do have to take into account the history in this regard as most men at this time and in this region would not have put any store in what a woman has to say. The plot could have been confusing for a foreigner to keep up but it wasn't. The director managed to keep my attention on what was the important plot points. It may not be exactly accurate but in this case my lack of knowledge on the subject works in the movies favor.

Completed
PrashastSingh
1 people found this review helpful
Other reviews by this user
0
Mar 18, 2018
Completed 0
Overall 9.0
Story 8.0
Acting/Cast 8.0
Music 8.5
Rewatch Value 8.5
South Korean Cinema is known worldwide for its excellent action and thriller films. However, action flicks from there with a historical backdrop are also noteworthy, as they are visually quite strong and emotionally gripping. So is this Choi Min-sik starrer action-war film THE ADMIRAL. I saw it dubbed in Hindi. I was really impressed with the amazing visuals, action & battle scenes, while I was also completely gripped emotionally to the film in the entire second hour.

The first hour is a little slow. But that doesn't mean it isn't good. There are many outstanding sequences in the first hour. Emotions are very strong in portrayal throughout the entire film. There are many sequences bound to leave you spellbound, and you'll find yourself short of words to describe the visual excellence of the film.

The second hour is totally gripping. Not a single second is wasted. The entire second hour is entirely enjoyable, as the real grandeur of the film comes to be seen here. It's a film which has importance not only in South Korean Cinema, but also in world cinema due to its sheer excellence.

Choi Min-sik is ultimately powerful in the role he plays. Watch him act throughout the entire film, and you won't feel like he's acting but indeed living the character. Rest of the cast is praiseworthy as not a single performance goes over the top.

The film is extremely strong on the technical front. Be it the visual effects, the action sequences or the cinematography, everything is excellent. The powerful BGM enhances the viewing experience, and certain well executed sequences will hold your breath for sure.

THE ADMIRAL undoubtedly is one of the best South Korean films, especially in terms of presentation. You're bound to love it, but to love it completely make sure you don't find the first hour boring.

New Topic
Be the first to create a discussion for The Admiral: Roaring Currents 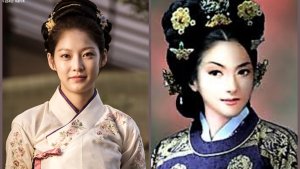