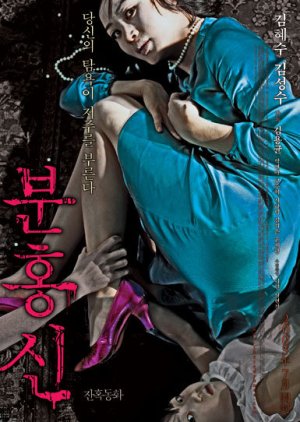 A pair of red shoes catches a divorced mother's eyes in the subway. Since they don't seem to have an owner, she decides to bring them home. There's something special about them and the colour is quite unique, so she's very happy about her finding. What she's not aware of is the fact that the shoes are haunted. Edit Translation 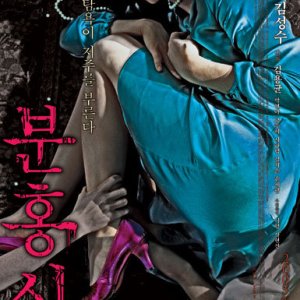 Completed
justineann
8 people found this review helpful
Other reviews by this user
0
Aug 25, 2012
Completed 0
Overall 7.0
Story 7.0
Acting/Cast 8.0
Music 7.0
Rewatch Value 9.0
I can't believe there's no review for this! I watched it awhile ago so my review may be a little rusty but I can probably manage. The storyline to me was at least original.

I watched this with a friend and we kind of laughed through it, even though some parts weren't meant to be funny. It wasn't a complete flop of a movie that we we're laughing but it did seem kind of silly at times. I don't remembering being that scared through out it.

The story's interesting. Unpredictable things happen. I would absoltuely watch it again but just because I had so much fun watching it. This is sort of a sucky review but basically if you're just up for an interesting story with some scares here and there I'd watch it. However if you want something that's going to make you hide under your blanket in fear I wouldn't suggest this movie~

Completed
etherealtaekibum
0 people found this review helpful
Other reviews by this user
2
Apr 16, 2019
Completed 2
Overall 6.5
Story 6.5
Acting/Cast 8.5
Music 7.0
Rewatch Value 5.0
South Korean horror is an entire minefield of either being a complete miss and a snooze fest, or they are absolutely stunning and keep you thinking for hours or even days afterwards. Rarely, you come across these gems that are interesting and exciting in a more thriller type way than horror; they're not absolutely blow your mind amazing movies, but they also aren't going to put you to sleep with a pathetic excuse of a plot line.

The Red Shoes is one of those rare, not quite a hit but definitely not a miss movies.

At first, this movie held me with a lot of intrigues. Based on the original fairy tale by Hans Christian Anderson where beautiful red ballet slippers will force the wearer to dance until they die or to cut their own feet/legs off in an attempt at survival, I was highly excited to see where this film took that original line. With the number of remakes and basic plot rip-offs of 'The Red Shoes', I was excited to see a film that took the premise but made it original for once. With some parts, inherently the same as the story and others completely changed around to make it the director's own.
Kim Yong-gyun has definitely succeeded in making something on this. I was whisked away into the whole new world of the red shoes story. I found myself gripped and gasping for a lot of the first half of this film.

The acting was stunning, from all the actors and actresses. I want to give a big shout out to Park Yeon-ah and Kim Hye-soo who play the films prevalent mother-daughter combo. They were convincing, there wasn't a moment I doubted these characters weren't real and weren't living through this on the other side of the world. I cannot fault any of the cast in this film and the main and support role actors, I will definitely be watching more of their filmographies just from their performance in this film.

However, I have a couple of complaints about The Red Shoes as much as I have praise for it.

Firstly - and this sounds nitpicking and petty - but the shoes aren't even red. They're a magenta, some would even argue a pale pink in some of the lightings. Now, I understand that this was a choice based on Kim Yong-gyun's decisions to make the film his own. I'm not against it, I quite liked that choice to take it one further step away from Anderson's story and to make it into Yong-gyun's story. The reason I have an issue with this mainly is that keeping the title and such as it was, as "The Red Shoes", looks to me that they were relying on the name of the original story to fill out theatres a bit more. Again, that's fair and it's a commonly used marketing strategy with some films like this. However, it feels a little to me as though they might have been doubting the film's ability to stand on its own without that basis. This could have easily been named The Pink Shoes and been its own story without the comparison to Anderson's story; it would be similar, but wouldn't have been fully linked.
This is more of a personal grievance and it doesn't really affect much within the movie, but it did make my eye twitch a few times through the film - each to their own pleasures and grievances, I suppose.

My second issue with The Red Shoes was that... this isn't a horror film. Yes, there are parts of it that are genuinely scary. There are parts of this that only fit into the horror genre aspect. However, when it came down to it, it really wasn't so scary. As a horror fanatic, this kind of horror is just "infantile" for a lack of better word. This is the horror that directors make to appeal to NON-horror fans rather than horror fans themselves. Word spreads, people who are easier scared go to see the film, they pass on word of mouth, etc; whilst horror fans find themselves struggling to sit through the entire film. This is much more of a bloody slasher thriller than it is a supernatural horror - and it's painfully obvious that Yong-gyun was aiming for supernatural horror, not a gory thriller. This film used so many cliches that are ripped from successful films before it of it's attempted genre that it's almost laughable.

This all being said - I did enjoy it to a degree. I think the idea and the plot line was refreshing. I think the acting was spot on. I liked the twists in the story much more than I have a lot of horror plot twists. However, I feel like this lacked in just as much as it did well.

If you aren't such a massive horror fan, then this will probably be a terrifying film to you, or will definitely make you quite paranoid about what shoes you're trying on. If you are a die-hard horror fan like myself, I think the only reason you should really watch this is that it has a refreshing new take on a fairy tale that's been used in so many horror mediums before. I appreciate Yong-gyun's efforts with this film, I do, but he missed the mark quite severely on quite a few things. I wish my rating could be higher, but there's too much lag for me to consider an extra half a star or two.