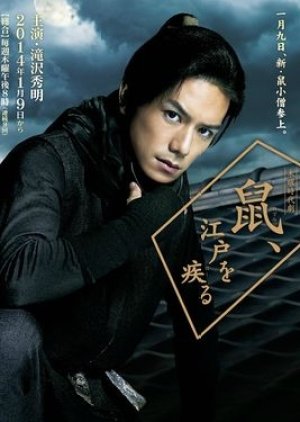 Under the rule of Shogun Ienari, the samurais and the townspeople are all discontented and grumbling about their lot in life. Amidst all these, there lives a man by the name of Jirokichi, popularly known as Nezumi Kozo. Jirokichi runs a bar with the help of his sister, Kosode. Unbeknownst to everyone, Jirokichi and Kosode are always helping the victimised weak and poor from being bullied by the evil rich. ~~ Adapted from the novel series "Nezumi, Edo wo Hashiru" by Akagawa Jirō. Edit Translation 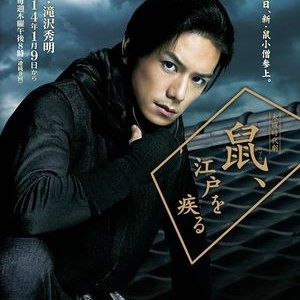 Completed
Cinnamaroll
9 people found this review helpful
Other reviews by this user
0
Apr 9, 2014
9 of 9 episodes seen
Completed 0
Overall 6.0
Story 7.0
Acting/Cast 6.0
Music 6.0
Rewatch Value 5.0
Don't be surprised if you have a hard time finding the last two episodes. I think a bunch of sites just dropped adding the episodes after a while. I can understand why.

Here's one of those dramas where it's really a matter of life and death that a person's real identity stay a secret. But, as usual, you can't tell from how that character acts. For this drama, I felt like the main actor just wanted all the face-time they could get, which ruined things. If the drama is based on that secrecy, and the secrecy is treated like it's not really all that big of a deal, then you lose what drew people in to watch it in the first place.

Additionally, none of the characters stood out of this episodic drama --not even the main one. It's like the whole show itself is a filler for something else. Entertaining enough, but not captivating. It's not bad, nor is it good. It's just... there.

You know that genre of music called "easy-listening". If there were a comparable genre like that for j-dramas, this would fit the bill.

New Topic
Be the first to create a discussion for Nezumi, Edo wo Hashiru