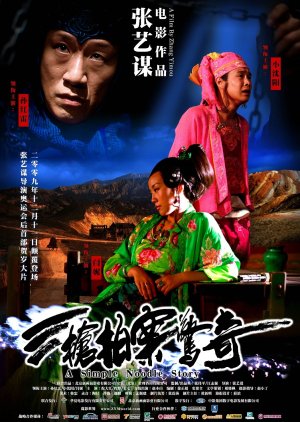 The owner of a Chinese noodle shop's scheme to murder his adulterous wife and her lover goes awry. A Woman, a Gun and a Noodle Shop (Blood Simple in the UK) is a 2009 film directed by Zhang Yimou. It is a remake of Blood Simple, the 1984 debut of the Coen brothers, whose films Zhang Yimou lists as among his favorites. The film transports the original film's plot from a town in Texas to a noodle shop in a small desert town in Gansu province. The film is a mixture of a thriller and screwball comedy. The film stars Sun Honglei, Ni Dahong in the thriller segment while comedians Xiaoshenyang and Yan Ni star in the comedic segment. Edit Translation 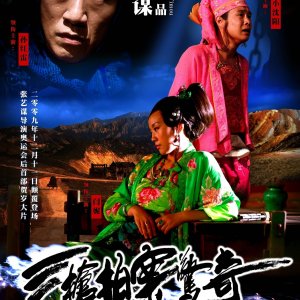 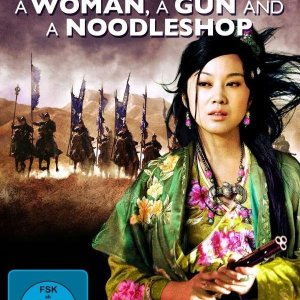 Completed
Senpai
0 people found this review helpful
Other reviews by this user
0
Nov 5, 2017
Completed 0
Overall 6.5
Story 7.0
Acting/Cast 8.0
Music 7.0
Rewatch Value 5.0
Based  on "Blood Single" 1984 film by Joel & Ethan Coen, "A Simple Noodle  Story" known as "A Woman, a Gun and a Fondue Shop" is a story of a  wife's noodle shop manager asking her lover and her husband to a corrupt cop who is involved without scheme. The  film is a more comical and elegant presentation in the movie "Coen  Brothers", is already set in a different period in mainland China. The  film is essentially about a noodle shop manager hiring a corrupt cop to  kill his wife and his lover only to be later interpreted by the police  officer. Set  in the Gobi Desert in a different time period, the film's account of  the "Coen Brothers" tale of infidelity and revenge is intriguing, as  Zhang Yimou goes to a film that takes this mysterious black suspense  suspense into something more comic , but retains some of the chills of the movie "Coen Brothers." The  direction is very elegant as it includes many sloping shots, slow  motion action shots and other scenes that are an incredible idea of  how the noodles are created in the old style. Along  with wonderful and beautiful depth-of-field plans of the Gobi deserts  with their hills and roads, creating a film and style over substance,  but also more intimate as it goes for more exploration into characters  and their place in the world.

New Topic
Be the first to create a discussion for A Woman, a Gun and a Noodle Shop