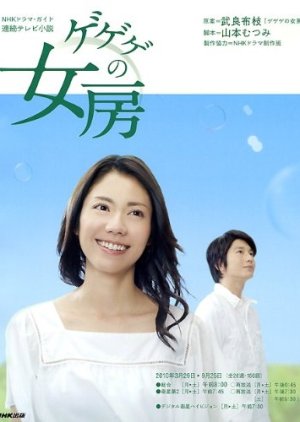 The 82nd NHK Asadora is Gegege no Nyobo. The story is based on a 2008 autobiography by Mura Nunoe, the wife of Gegege no Kitaro mangaka Mizuki Shigeru. The story revolves around the life of the married couple, told from the perspective of Mura. --Tokyograph Edit Translation 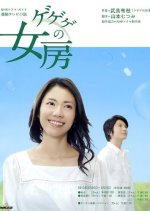 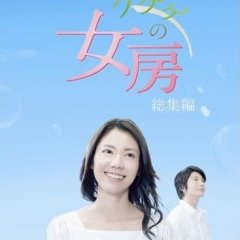 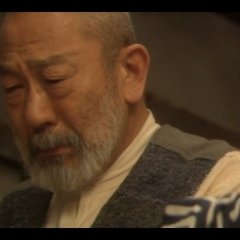 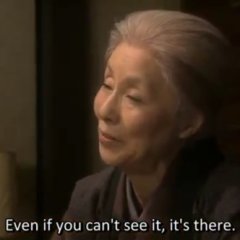 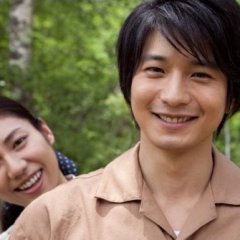 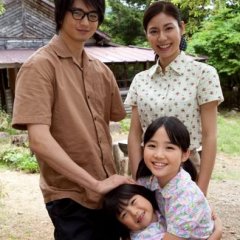 Completed
MinBrin
8 people found this review helpful
Other reviews by this user
0
Oct 20, 2012
156 of 156 episodes seen
Completed 0
Overall 9.0
Story 10
Acting/Cast 8.0
Music 8.0
Rewatch Value 9.0
Gegege no Nyobo is brilliant. I finished it quite recently and could not consume the episodes fast enough. If you are not put off by having to watch 156 fifteen minute episodes then please go and watch this drama. If you love family dramas, watch this drama. For the rest of you, here is my opinion and I hope you decide to pursue this drama in the future.

STORY: Gegege no Nyobo is based off the autobiography of the writer of Gegege no Kitaro (a popular old-time comic and anime). The settings and time periods evolve with Iida Fumie as it follows her from childhood, to young adulthood, to wife-hood, to motherhood, and to happiness. The main focus of the show is her relationship with her family, poverty, friends, success, and, most importantly, her husband. This drama starts out a little slow and at times I became annoyed with her younger self, but if you stick with it the relationships of her childhood continue to influence the entire show. I personally think the story is at its best when focused on Fumie and her husband. Their relationship is a complicated on that is very well expressed in the drama. Definitely a 10 for this story that will make you cry and laugh more than once and sometimes at the same time as you follow Fumie's life.

CAST: Most of the characters are well cast, especially Fumie's father who gives a great performance. As for the two mains, Matsushita Nao has played similar roles before and performs a good Fumie. Sometimes she can seem a bit dull but that's partly due to the writing. Mukai Osamu is the wrong age to play Fumie's older husband, but his makeup as done well enough to suspend disbelief. His scenes tend to be the standout ones. These two mains don't have an incredible amount of romantic chemistry, but I think that given the plot, this is for the better. All the other performances are up to par, usually adding to the scene rather than detracting. The cast performs 'caring about each other' very well (which is good since a lot of the drama needs that emotion). The children can get wooden but they do a splendid job usually, especially considering some of their ages.

MUSIC: Didn't detract but wasn't too special. Good at manipulating viewer emotions without the viewer realizing it. At first, I didn't like the opening song, but after a while, it really grew on me. Does its job without going beyond the call of duty.

REWATCH VALUE: I would rewatch it, if I were in the mood. You really have to get into what your watching or it could feel like a chore. There are five episodes in a week with really only one story being covered per week so it is easily digested in small weekly chunks (5*15=75 minutes/about a movie a week). Some weeks are more interesting than others so on subsequent watches I may skip the slower episodes. I think the story is a good on and so expansive that rewatching will always make you remember or discover something.

OVERALL: I really enjoyed this drama. Although sometimes I felt like I was only slogging through some episodes, at the end of each weekly story I was always eager for a new episode. I thoroughly enjoyed Fumie's life story and am surprised that it isn't more popular. Episodes can be extremely hard to find, but in the end I felt all that work was worth it.

That motif gets introduced in the beginning by Fumie's grandmother, and gets revisited often throughout the drama. It perfectly fits the world she shares with Shigeru.

This story is based on the life of Mura Nunoe, the wife of the manga author Mizuki Shigeru, most famously knows for the manga Gegege no Kitaro. The story starts during the late 1930s, all the way to the mid-80s. Most of the drama though, is set during the 60s, which represents the first couple of years of marriage between the protagonists, Iida Fumie and Miura Shigeru, their struggle with their differences, and with poverty. As the drama goes on, we get to know them as they get to know each other. We see their weaknesses, unlikeable traits that aren't easily changeable, but we also see their strength that makes their relationship so beautiful, and how each makes the other a better human.

The drama isn't just about the couple, it is also about life during this era, the expectations, belief, and how to deal with the constantly changing world. It is about dealing with the pains of the past, the nightmares we might've gone through, and believing things will get better. No matter how many times the world turns on you, there is a silver lining. In the case of Fumie and Shigeru I find it's the golden friendships built with people they met, all wholeheartedly wanting them to succeed.

Overall I really enjoyed the cast. Matsushita Nao was perfect as Fumie, expressing her insecurities and passivity, yet displaying her strengths in being clear minded when needed. Osamu Mukai took a little while to get in shape with the character, but eventually got there. I have to say Osamu was just a wrong casting when I compare the Real Mizuki Shegeru's age, who at the start of the drama was in his late 30s, to Osamu, 28 at the time. Despite that though I thought he was great at showing Shigeru's gruffness, yet tender heart and wild imagination, and specially his way of being positive no matter the situation.

The drama is rich with diverse characters and the cast does justice to it, to say the least. It is too wide of a cast to mention all, but I'd like to highlight my delight with the actors playing Shigeru's parents, Takeshita Keiko and Kazama Morio. They were fantastic as an old bickering couple. Honestly I did not understand why their sons didn't want them around too often I really loved them. The father Shuhei was just a delight to have around, and the mother, most famously know as Ikaru, was a woman of principals. Yes you might find it tiring at times to deal with her, but she always had a fair point in her argument, and is the type that is out to make things right, no matter the opposition. For me, that is the making of a true heroine. Finally I'd also like to mention Osugi Ren as Iida Genbei, Fumie's father. I have to say I've seen that actor in a lot of roles, but this is by far my favourite role he plays. He's the typical patriarch father, who makes his decisions without consulting anyone in the family, yet he was capable of being someone who had a sight for the long run, and all his decisions were based on that. It can be frustrating at times, even making me angry at him, but you can't deny that he has the wellbeing of his family in mind first and foremost. He can easily become someone you can trust and rely on, and he isn't above admitting defeat, you just have to show him what you're made of before he can back down.

I had one pet peeve in this drama, is the fact they don't age the characters properly. It doesn't really get in the way of good acting and good story telling, but it did bother me a lot, because it removes from the authenticity of what we're watching. For some it might not be a big deal but for me it was. I do notice this is an issue with many asian dramas though, but I can't accept it.

Most of all, this drama was a biggest reminder of how I should look at the glass half full, how I can be very ungrateful, how I should have faith that things will be better. Fumie had many times where, like me, she saw the world moving while she was still at the same spot, not able to catch up. When things first started to change, it wasn't this sudden amazing thing that happens. She just took things one at a time, and made the best of it, for it to turn into something amazing later on. It made me think that a lot of times we endure a lot and just want this one magical solution. This drama was splendid at bringing the point home, that things will not magically turn good, but the magic is here in the little things we do, and little do we know, some time later, it becomes what he originally were looking for.

This is my first Asadora, but will definitely not be the last. It will however always have a special place in my heart. As someone who used to have a fear of long dramas, this one flew by quickly. 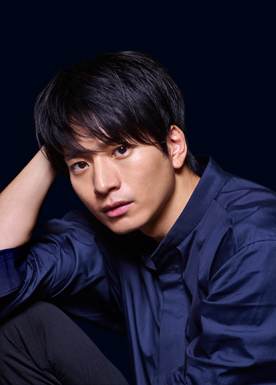 A Stalker's Guide to Mukai Osamu 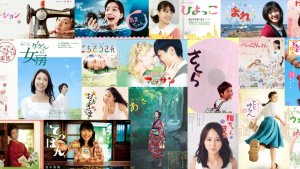