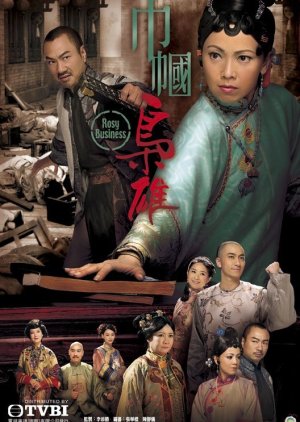 An incisive portrait of a business woman torn between duty and desire HONG PO KEI's (Sheren Tang) engagement with Wuxi rice baron TSEUNG KIU (Ngo Wah) broke off many years ago when a natural disaster hit the country. Later when the country was running out of food supply her whole family was killed and she become a criminal. Over the years, KEI has never got over KIU. She has been trying to prove he is not as heartless as the others think. Fate has it that they meet again and she becomes his fourth wife. KIU's first and second wives, YAN FUNG YEE (Susan Tse Suet Sum) and PANG KIU (Kiki Sheung), always make things difficult for KEI. KEI, who is an extremely clever person who never wastes time on trivial things, turns every threat into an opportunity. This makes KIU appreciate her wisdom and persistence. He entrusts his business to her and tells her to find a suitable successor for him before he dies. Despite all the attacks in the family, KEI manages to keep the business in good shape. She has never forgotten KIU's last wish, too. By chance, she discovers that TSEUNG PIT CHING (Ron Ng), KIU's second son, is not really a playboy but an upright person loved by everyone in the shop. She therefore guides and helps him in every possible way, but her efforts are met with CHAI KAU's (Wayne Lai) challenges. KAU seeks vengeance for being mistreated and wants a pay back from TSEUNG family. After rounds after rounds of battle wits and actual fights, KEI and KAU begin to appreciate each other. KAU even falls for KEI as time goes by. Edit Translation 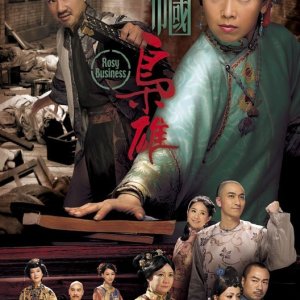 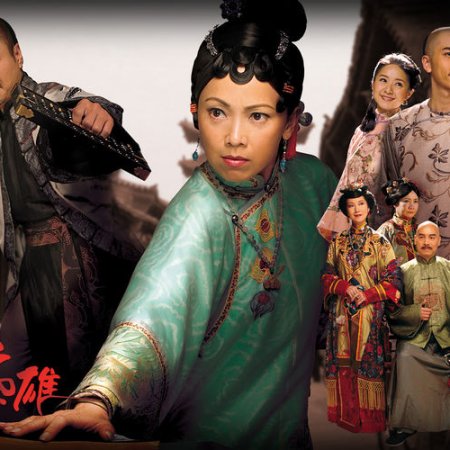 Completed
Dounie
3 people found this review helpful
Other reviews by this user
4
Nov 16, 2015
25 of 25 episodes seen
Completed 4
Overall 9.0
Story 10
Acting/Cast 9.5
Music 6.0
Rewatch Value 7.5
This review may contain spoilers
What a mind-blowing drama, and I really mean it! I'm super happy that it was the first HK drama I managed to complete (even if it's not my very first) because it is such a wonderful drama with a very interesting and brillant storyline (setting, costumes, character development...) , I have watched many dramas but a drama like this one there aren't too many unfortunately. I finished Rosy Business in one week and now I feel very empty cause I'll miss all of them especially : Po Kei, Chai Kau, Pit-Ching and, Fong, Yau Man .

I really don't know where to start with this drama since there are so many things to say about it but I'll try to be concise.I have to underline that Rosy Business focuses on a middle-aged woman – Hong Po Kei and how she married Tseug Kiu, became the fourth wife and ended up running the Hing Fung Lin's Business ( the Tseung's family Business) and one of the reason that makes me happy I watched this drama is that it deals with a woman over 40 since in general I'm more used to watch dramas about young women that was a very pleasant change, there should be more dramas like that. So throughout the drama we'll see how she interacts with her new family, how she manages to make the business prosper and deals with the other wives, Pit Man and this money hungry Pang Hang's attacks who always make things difficult for her.  But with her brain, Chai Kau's and the Prince's help she'll prove conntless times why she should stay the only legitimate Hing Fung Lin's owner .
Truthtfully I have to say that Po Kei is THE STRONGEST FEMALE LEAD I've ever seen in dramaland and I'm not overstating. The perfect words to describe her '' DARING'', ''DECISIVE'', '' FEARLESS'', ''SMART'', ''KIND-HEARTED'' and ''BRAVE''. The actress Sheren Tang was mind-blowing and I love the way she interacts with all of the characters, especially her relationship with Chai Kau, they have an Employer/employee's relationship but for me it was more than that, they care for each other, they love each other and can sacrifice everything for the other, for me Po Kei was like a sister to him and I love so much when Chai Kau said how she was the only one in his life worth of his respect and that no matter what happens he will always respect her and shows to the world that she's the only respectable person in Wuxi. And she was like his saviour, she was always there for him and giving him strength when his moral was low and about to give up everything. He even created a Po Kei's sect, that is to say how much he loves her! Po Kei is a woman who'll do absolutely anything for the one she loves and cares for, always protecting Pit-Ching and his Mother Fong who has been the victime of the two first wives (Kiu and Fung Yee) since she married the master, always making her life worse than of an animal, intimidating her, And I felt so sad for her, I wanted her to stand for herself and stop them from mistreating her this way, sometimes it wad too painful to see. I won't say more about the character cause I feel like I could spoil a little carelessly, but for sure we either like them ( Po Kei, Chai Kau, Fong, Pit-Ching, Pit-Mo,Prince Wai, Lau Fong, Pang Kiu) or hate them (Pit-Man, Fung Yee and this Pang Hang).
.
The villains here were very despicable and did the most unthinkable hideous things and nothing could stop them, very frightening. I really hated Pit Man with his mother and this Pang Hang who was there to steal Tseung's money and back-stabbing them when he was given an occasion. But I have to say that the actors did the job very well, especially the mother with her scary eyes!

Thanks to this drama I discovered two awesome talented actors I'll keep an eye on : Sheren Tang and Wayne Lai and how perfect it is since I'll be able to see them together once more in ''No Regrets'' . I really have no words to describe their performance in this drama, simply astonishing and perfect <3
I would like to say that despite hearing only good things about this drama I really did not expect to enjoy it that much since I'm still very new with HK dramas but RB convinced me that I have to watch more and more and find other gems like this one.

There are still some things that bothered me, first it is about the stuffy atmosphere and I have to say that (I've always thought like that about HK dramas only looking at the posters and the ones I tried were like that too but not too much) maybe this is their way of filming. Anyway back to rosy business the costumes, the story in general and the colors (for example Fung Yee always wears dark clothes filled with red, navy blue and khaki tones,) are suffocating but it does not make the drama less interesting, not at all ! Other things that kinda troubled me was about Po Kei's personality since this is a major spoiler I'll write about it in the spoiler tag.

To end this review I recommend this drama to everyone even for those who aren't used to HK dramas as it was such a clever and passionate story, I was glued to the screen!

ONE OF THE BEST HISTORICAL DRAMAS!!!

So, I don't have much to say about this drama but this was a rather nice drama to watch. The story was okay. The synopsis that MDL provides is pretty self explanatory and sufficient for you to decide if you want to watch it or not. This is indeed a historical set in the 50s. The acting is so natural and really good. I love the pacing of this story. There aren't any plot holes at all. The music is pretty good and I would rewatch this. Overall, I really think that this is good drama and it's worth watching. I recommend this to people who are historical lovers.
Was this review helpful to you?