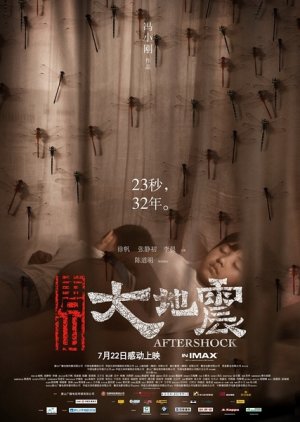 During the tragic Tangshan earthquake in 1976, Li Yuan Ni finds her twins, daughter Fang Deng and son Da Feng, buried under a giant slab of concrete. Rescue workers inform Yuan Ni that she has to chose between the twins, because as soon as one child is extracted the other will perish. Terrified Yuan Ni, who already lost her husband in the earthquake, finally choose her son Da Feng. Unknown to those at the chaotic scene, daughter Fang Deng overhears her mother making the choice and then is left mistakenly for dead. Several days later, Fang Deng is pulled from the rubble by another rescue team who thinks she is a dead corpse at first. Traumatized to the point that Fang Deng refuses to speak she is eventually adopted by a middle aged couple. Years later, the mother Yuan Ni is still haunted by her decision and refuses to leave her home when her now successful businessman son returns to Tangshan. Yuan Ni believes she must stay in the home to guide the spirits of her husband and daughter back home. Meanwhile, Fang Deng grows up as Wang Deng, but still, harbors anger and bitterness at her mother's decisions. Now in 2008, another devastating earthquake strikes the city of Sichuan. Fang Deng travels to the devastated city as a volunteer. There she overhears another volunteer tell the story of his mother's anguish over a decision made during the 1976 Tangshan earthquake involving himself and his twin sister ... Edit Translation 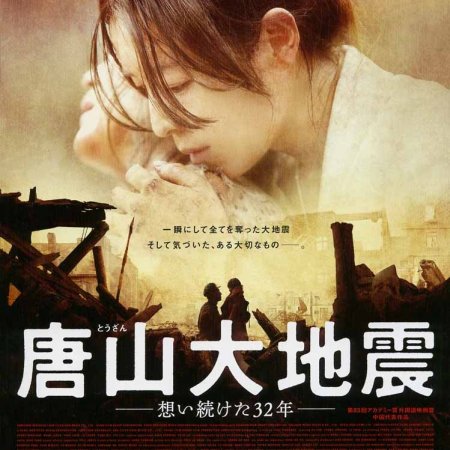 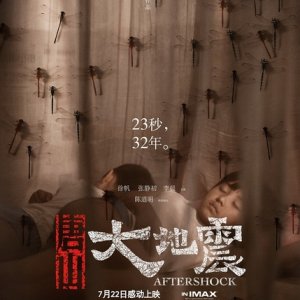 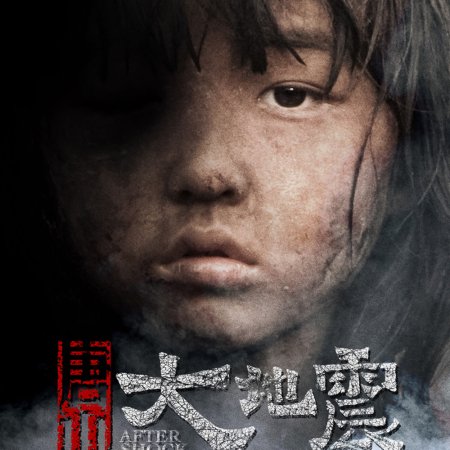 Completed
Go-To-The-Extreme
12 people found this review helpful
Other reviews by this user
0
Apr 6, 2012
Completed 0
Overall 10
Story 10
Acting/Cast 10
Music 9.0
Rewatch Value 10
I found this movie while looking for movies related to historical events, and I have to admit that I cried my eyes out.

The storyline was not just heartbreaking, it was also breathtaking, and the acting was superb![so realistic I was shocked.]
It was so hard to even imagine the suffering the people that had been victims to this devastating earthquake went through... ah my heart D:

In the end, I finished watching this movie with a light heart. It is definitely worth a watch.
Was this review helpful to you?

Completed
mycutykoala
8 people found this review helpful
Other reviews by this user
0
Apr 2, 2012
Completed 0
Overall 9.0
Story 10
Acting/Cast 10
Music 7.0
Rewatch Value 9.0
I came across this movie through reviews on Netflix expressing how heartbreaking and overwhelming the movie was, which, of course, grabbed my attention. I'm a sucker for tragedies based around historical events. Now, I haven't watched many Chinese movies. Actually, this is probably the first one I've watched since Crouching Tiger Hidden Dragon.. which shouldn't even count, since I was probably 5 when that movie was in theaters lol So with that said, my opinion of this movie will not be biased.

The story-line alone can capture the attention of any audience. If you were in the mother's shoes, who would you save? Your son, or your daughter? Is it even worth it to save one of them, if the other will die? Those questions naturally repeat over and over again in your mind as you watch the movie.

The child actress who played the abandoned daughter was the highlight of the entire movie. I think this was one of her first acting gigs, which is absolutely incredible, because I think that she nailed the role of that character... The kid was so captivating, I couldn't help but feel disappointed when the older actress (of the same role) appeared on screen. This is a good example of a drama where the child actress pwns their adult counterpart (like in Moon Embracing the Sun).

Also worth mentioning, is the actress who played the mother in the movie. The heartbreak and repentance you saw from this character is what kept the movie consistent after the time jump.

Overall, the movie kept my attention most of the way through. It got kind of mediocre as it went into the older years of the daughter's life. It might have just been my lack of interest in that actress (who I recognized from Rush Hour 3), but of course it gradually got better towards the ending. I definitely think that it is worth watching all the way through. The final scenes of the movie are very touching.

Oh, I should also touch on the movie's special effects.. which could be considered the same level as 2012 or any other recent Hollywood apocalyptic film. It was very nice! And I think that this movie was one of China's first large-scale 3D movies as well.. A well-deserved masterpiece!

New Topic
Be the first to create a discussion for Aftershock