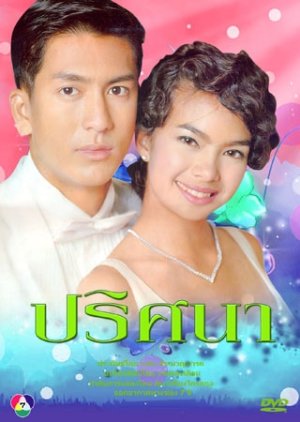 Completed
Soju
8 people found this review helpful
Other reviews by this user
0
Sep 22, 2018
16 of 16 episodes seen
Completed 0
Overall 10
Story 10
Acting/Cast 8.0
Music 10
Rewatch Value 10
Have you ever watched a drama that made you feel warm and tingly inside? A drama that made you wish that you lived where the characters lived? In a time that they did? Even though you know that living in this age is essentially better for women at least? Still, the plot pulls you in with its beautiful blend of simplicity and complexity.

I can not begin to describe what this drama is, and what feeling this drama induces in me. A sense of nostalgia that is almost misplaced because I have never lived in that era, I have never experienced that life. Still, I miss it. I almost wish I could live it.

What power must a drama have to induce this feeling in me, I can not fathom. I have only felt this way for two dramas so far, Padiwarada & Prissana. It's a beautiful feeling.

It was hard to obtain all of the English subbed episodes of this drama. However, a very kind soul here on MDL shared the episodes I did not have with me, and for that, I am always going to be grateful. Thanks, Ma! <3

This drama can be described in many ways. Maybe like an afternoon rain after a hot summer day. Maybe the clear 5 AM breeze right before the sunrise. Perhaps the velvety smoothness of melted chocolate. LOL, this drama has made me almost whimsical. I'll admit, I appreciate it for that.

The plot was well thought and well laid out. Personally, I did not feel like the story dragged at any point. No episode felt like a mere filler and everything cohesively blended in together to form various love stories all in one drama. Of course, our main lead's love story took the longest to unravel, but it was not one filled with extremely agonizing obstacles formed by third parties ~ and I appreciated that.

All the obstacles that were initially formed were between the two main leads themselves. Their ignorance, their feelings, their pride, their misunderstanding, their love. Just them. They messed it up and they fixed it.

I also appreciated how much depth and time other secondary characters got. There was a lot of characters to relate to, appreciate, roll my eyes at. But none that was cruel without reason. Even the second female lead and her mother I could not begin to think that "this does not happen in real life!" because I can definitely say their characters are real enough. They are not crazy without reason or cruel without a mind. I appreciated that also.

All in all guys, the copies of this drama may not be the best. It's a bit of a blurry mess. After all, the drama was released in the year 2000. That is almost 19 years ago, and the lack of quality in the video is understandable~ but the plot will make the lack of video quality almost seem like nothing. It did that for me. This is definitely a 10/10 drama for me. I doubt I'll ever find something like this again, and that almost makes me sad.

Ah well... give this a go! You will not be disappointed!