We're here to answer a few more of your questions.

A little disclaimer: While we may be ajummas we're by no means experts on all things drama. But we do try to answer the questions to the best of our abilities and to point you in the right direction if we are unsure. We sincerely hope our answers are satisfactory.

Now on with the questions! - You Who Came From the Stars

- Fated to Love you

Bad boys have been & remain a staple and or desired treat, for many of us in real life darling! Most women desire whatever is like or opposite of their fathers or male role models creating the illusion of comfort with some stretch, kinda like really tight pants, you know that feeling.

Here are a few to stir that “bad boy” desire.

Sealed With A Kiss - (cdrama) this has the ultimate bad boy - Hawick Lau doing some really wicked revenge/love thing. He’s got the looks, swagger, attitude, and overall smexiness + a female fatale whose perfectly cast as his victim. This flick has some serious masochistic turns and can be hard to finish (something I could not do). Watching Hawick Lau is simply delicious.

Lovers - (kdrama) - Lee Seo Jin is the gangster bad boy who hooks up with the wholesome doctor. This man has a presence that draws you in with his smoldering eyes and physique, making him a tasty morsel.

Why these?  These three dramas demonstrate our love-hate-love relationship with the classic “bad boy.” The bad boy archetype is intuitive, seeming to be able to read other’s minds and motives. He’s innovative, thinking creatively for solutions to problems. He’s also street savvy and charming. On the darker side, he’s hardened from past bad experiences, he may be bitter or angry, and he is usually a loner - and that’s what keeps us watching & loving them. Consider this: “It's hard to resist a bad boy who's a good man.”

"Dear Ajumma, How are you? could you recommend some tearjerker movies for me? I usually prefer to watch cheerful, hopeful dramas or movies... but every once in a while, I feel like watching something that would make me cry, like cry my eyes out... here's the trick.. what most people describe as a tearjerker might have this effect on me (a bit watery eyes, maybe a drop or two of tears concluded with a sniff and a sigh)... I really want some strong recommendations (movies no dramas please they are shorter and agony is condensed and in less time) to use whenever needed Thanks a lot" -- KJDL

Hello KJDL, I think we're all doing fairly well! Thanks for asking :)

Like you, it's difficult for me to find a movie that really affects me strongly - i.e. crying my eyes out. But I think it also depends on my mood. Sometimes I really have to be emotionally in the mood to watch a tearjerker. There have been some movies where I will bawl my eyes out immensely during one watch, but if I watch it again I'm like "meh" - and vice-versa. What may have made me go "meh" one time, may make me bawl another time. So if you want to enjoy a tearjerker, be sure you're not in a "meh" mood.  And honestly, if you can find any movie involving a terminal illness or a tragic event, you will eventually find a movie that is worthy of being called a tearjerker by you.

That being said, here are a few that provided me with some tears - usually near the end. Whether or not they become tearjerkers for you I cannot guarantee:

Only You Can Hear Me (Japan), Boku no Hatsukoi wo Kimi ni Sasagu (Japan), A Moment to Remember (Korea), Taiyo no Uta (Japan), A Millionaire's First Love (Korea).

Looking for more? I would suggest checking out the MDL forums. Many of our MDLers have some great suggestions for this category. Check out the Tearjerker Movies discussion. And good luck!

I would like to ask you for your opinion regarding why in most of historical dramas in winter time everyone as going around in "normal" hanboks? We know that Korean climate is not so warm and winters can be really cold and from historical records we also know that Koreans had fur coats or hats aka winter cloths but we nearly never see them in dramas 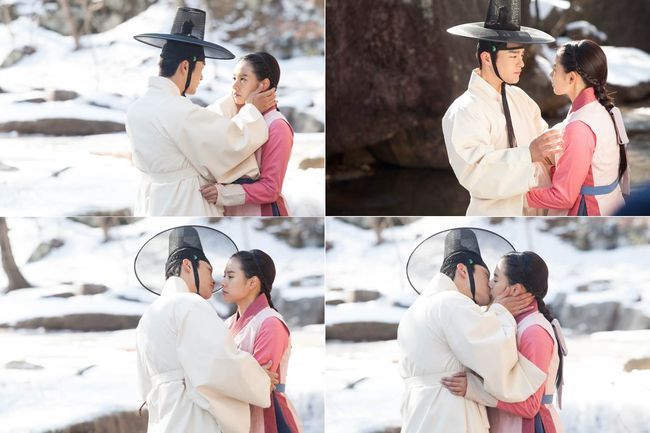 Recently, only drama I noticed is showing winter cloths (noblewoman are wearing fur-vests) is "Maids".

I can understand that producers want to show awesome hanboks/costumes they have, but they can also add very nice winter cloths (like ayam hats or and be authentic at the same time.

Also, it goes as well to modern dramas (for example Winter Sonata) - there is middle of the cold winter and characters are running with open jackets and without the scarf. xD

Do you think there is a reason behind it?

That’s a very intriguing question to ask. I noticed myself in the few historical dramas I watched that they don’t separate seasons when it comes to clothing. I believe that Koreans are well-known for their traditional clothing ‘hanbok’, and they rather keep the appearances as familiar as possible without adding the winter clothing. It could also be a production problem because those customs will add another load to the stylist's budget. It’s not because they can’t afford them, it’s that they’re avoiding the extra effort. Plus, most of the audience aren’t quite interested in such details. As for modern dramas, I think it could be considered as a goof to walk in winter without the appropriate clothes. You simply can’t mess with cold. But in my personal experience with K-dramas, I rarely encountered this problem.

We shall hope that Koreans will pay more attention to their dressing code, especially in the historical genre. Just because it’s set in a different era, it doesn’t mean such details should be ignored, right?

"Dear ajumma, I just finished watching Good Doctor and really enjoyed it.. was wondering if there would be a chance of a season 2? Thanks :D"   -- Milton

Thanks for your question. I am glad you enjoyed Good Doctor as it sounds like a really good drama from the reviews and ratings posted here on the MDL site and also according to the many Awards that it obtained after it was aired. I read that Joo Won was magnificent in playing the role of a doctor with the autistic savant disorder and also the remainder of the cast were really good. Unfortunately, I have not watched this drama as yet, but I did do a bit of research for you on the Web to see if there were talks of a possible Season 2, and I couldn’t find anything specific about a follow up in Korea. What I did find was an article on Soompi written in August 2014 talking about a US remake to be aired on CBS either in 2015 or 2016. I am not sure if this is good news for you or not. However, I hope I helped somehow.

Do you have a question for our ajummas? Send a message to askanajumma and we'll try to include your question in our next "Ask an Ajumma" article. 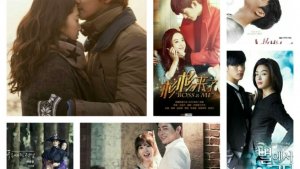 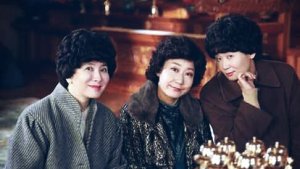 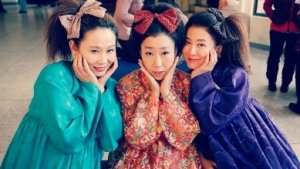 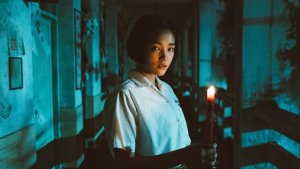