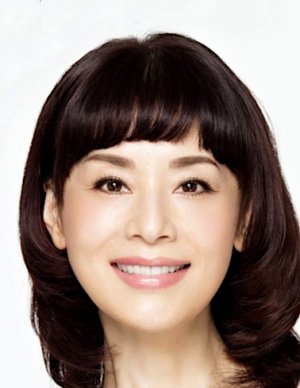 Mao Daichi graduated from Takarazuka Music School and entered Takarazuka Revue Company, the one and only all-female musical troupe in the world, in 1973. After Mao’s very first stage show, the company was flooded with inquiries of "Who is she?", "What is her name?" from the people attracted by her special twinkling aura.In her third year, Mao passed an audition to release a single record. At that time, it was unusual for a Takarazuka actress to appear on television, radio programs, and TV commercials. However, Mao was given opportunities to act outside and contributed to the promotion of Takarazuka Revue. With her polished sense, great beauty and the atmosphere she creates, Mao played outstanding male roles. She's had popularity since she was young and she became the youngest star for acting "Marius" at the Bow hall (a theater annex to the Takarazuka Grand Theater).
Afterward, when Mao was the second top in the Moon Group, she took a major role in a special stage production "Jumping" in 1982 which made Mao the number one actress. Later on, she took a role in the Broadway Musical "Guys and Dolls" and her popularity increased. Following this, Mao performed in Charles Dickens "A Tale of Two Cities" and "Heat Wave" which became her last stage with the company.
After leaving the troupe, Mao flourished as a stage actress. It is not too much to say that as a pioneer of musical performances in Japan, she established the foundation for a stage musical boom in Japan.
During her actress life, Mao has received many awards: Kazuo Kikuta Award for "My Fair Lady", which she has performed over 550 times, Kazuo Kikuta Award and Cultural Affairs Agency Award for "Roman Holiday" , Nagoya drama Pen Club Award for "Anything Goes" and many other awards. She also performed theatrical productions such as "The Prince and The Showgirl", "Gone With the Wind", "Sound of Music", "Carmen" and "Twelfth Night". Mao took a part not only in musicals but also in numerous plays; "Cleopatra", "La Dame aux camellias", "Marie Antoinette", "A tale of Murasakishikibu" and "Moon Struck" to name just a few. There are no other actresses in Japan other than Mao Daichi who constantly perform in major roles in both musicals and plays.