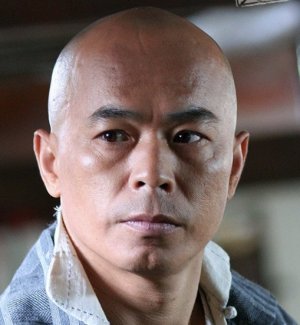 Hung was born in Guangxi Province in 1965. He was placed in a martial arts school at age 12 after he was taken away from school. Hung trained for 12 years and won multiple championships.

After training, he went to Hong Kong and was discovered by famous filmmaker Lau Kar-leung, who was at that time filming Martial Arts of Shaolin starring Jet Li, and hired Hung as Li's stunt double. He then moved to Hong Kong in 1988. There, Hung became a stuntman. later an actor and action director. He had small roles as an actor.

Later, Hung was Jet Li's stunt double again, this time for Once Upon a Time in China. Many action were too dangerous for Li because he has passed down his physical prime despite being a wushu champion. Jet Li also hurt his ankle badly on the set so Hung had to perform a lot of action.

Hung was then Li's stunt double again in the sequel, Once Upon a Time in China II. He was also featured a role as the leader of the White Lotus Sect.

He was featured as the main villain, Prince Twelve, in Yuen Wo Ping's Hero Among Heroes starring Donnie Yen. His role was first a friend of Yen's character, So Chan, then turns him into a drug addict and betrays him afterwards.

He was featured as an actor many times.

Hung also followed Tsui Hark to Hollywood in 1998 and featured a brief performance in Double Team.

After working briefly in Hollywood, he returned to Hong Kong. Hung was action director in Chin Siu-tung's Blacksheep Affair and again in Tsui Hark's Time and Tide starring Nicholas Tse.

He again went to Hollywood by serving as stunt choreographer in The Musketeer.


Hung is married to Carrie Choi, a former actress, and they have one child. He learned English by reading books.