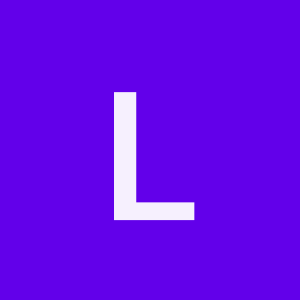 Completed
Bring It On, Ghost
0 people found this review helpful
by LilMeggs
Dec 2, 2019
16 of 16 episodes seen
Completed
Overall 8.5
Story 9.0
Acting/Cast 8.0
Music 8.5
Rewatch Value 9.0
This review may contain spoilers
This drama caught me off guard; I didn't think that I would love this drama as much as I did. As weird as it is to say out loud (or write it in a review on a well known public website), I was so invested in this drama, that I would dream about it at night (continuing where I left off) so when I woke up in the morning, I forgot where I really left off and what I made up. It's never happened before, so it was a weird experience. I thought this was going to be a cute drama to fill the time - I was on vacation in Indonesia during October, so I spent my Spooky Season in 90 degree weather, and I desperately wanted to watch all my Spooky Season dramas when I came back. Regardless if Spooky Season was over. I wanted my ghost dramas! And yes, this drama was extremely cute, but it was so much more. Actually, I thought this drama was so well done that 50% of it was a cute and silly story about a "ghost" and human learning to to trust one another as well as let other in (and fall in love of course) and the other 50% was them fighting "bad ghosts" together, and let me tell you, whoever did their make up deserves all the awards. I liked how light this drama was when it was about the two mains and their friends, but when they would start ghost hunting, the drama got extremely dark and a little terrifying. I honestly think I teared up a couple of times because the writer really went into the story of each of the ghosts they hunted and overall helped move on to the other side. It was a story about understanding other people and letting others in as well as finding out who you were vs who you wanted to be. Also, the villain in this story was wilding out the whole drama, but you couldn't help (I couldn't help) feeling bad for him. Especially at the end of the drama, it made me sad how everything happened to him to get him to the place he was.

But as much as I loved this drama (and the HUGE, but obvious, twist in episode 10/11), there were little things here and there that annoyed me. I said before that 50% was silly and the other 50% was terrifying ghost hunting, but around a good 80% of the first 50, was a lot of filler. The drama was about Bong Pal, the human who could see and hunt ghosts for cash, and Hyun Ji, a ghost who teams up with Bong Pal to pay off a small debt, BUT it was also about Cheon Sang and In Rang's desire to have a successful exorcist business, Seo Yeon's crush on her professor Hye Sung while rejecting Bong Pal's advances, Joo Hye Sung being hella sketchy; and finally Monk Myung Chul trying to solve the mystery of Bong Pal's father's disappearance. Honestly, there was too much going on and so many people to follow, when all I wanted was to see Bong Pal and Hyun Ji's story progress and maybe some minor scenes from everyone else. I eventually got used to Cheon Sang and In Rang's airheadedness, but they really didn't need all those random scenes. Also, there was too much of Hye Sung. I didn't care for her or her little story. She was not a strong character and did not understand why Bong Pal was super obsessed with her. I didn't the vibe that Bong Pal was attracted to only looks, so it confused me that he was into her. She had zero personality. I did, however, love all the scenes with Professor Hye Sung. He was the perfect combination of good and evil. Along with all the filler, I felt like it also had a lot to do with how the main characters were smart people, but THEY NEVER CONNECTED ANY DOTS. I guess it added to the plot that these were normal people who never jumped to conclusions...except for the few times when Bong Pal did with Hyun Ji cause of his trust issues and a secret hatred for ghosts. But there were some scenes where I was like, come on...so and so is literally telling you what to do. Do it. The WHOLE drama was literally about finding this object that will literally kill the evil, so why aren't you using it and just staring while hella people are dying!!? The final battle scene was obviously not up to my standards. But I think the one thing that bothered me the most was the off and on of Bong Pal and Hyun Ji's romance. Once it started, it was amazing, but of course there were going to be people who would tell them that it was impossible which ultimately planted a seed of doubt. First it was Hyun Ji, but whenever she had any doubt, Bong Pal stepped up and was absolutely perfect, but eventually Hyun Ji needed to figure herself out before she could fully let Bong Pal in. Then once she solved her internal struggle, Bong Pal started to battle his. At least with his it was short, but I was annoyed. Like that was the one thing I loved about Bong Pal - how much he loved Hyun Ji and how he would never let her go, even when she left. Homie looked for her day and night until he got sick and still looked for her, and then all of a sudden, he just gives up because someone told him the same thing someone else told her in the beginning. He already knew this information, but all of sudden when he is finally able to break through a little, he stops. Plus, with Bong Pal, it doesn't happen once...it's happens twice. After, when it seems like they are unbreakable, there is an unfortunate incident, and he shuts everyone out, but especially Hyun Ji, for really no logical reason. And he SHUTS HER OUT. It is heartbreaking and I disliked how it literally took something terrible to happen to her for him to snap out of it and act like he wasn't a huge butt. Those are the things I dislike in dramas, this back and forth, hurting the other person instead of talking it out. If ya'll decide to break things off after that, then do that. Relationships are between two people, so one person shouldn't make a decision and implement it without the other's knowledge of the situation. Maybe this drama was too young for me, or maybe I am just a grandma. But I guess a good thing about this drama is that when these scenes happened, the recovery time was appropriately quick instead of lasting a few episodes.

Overall, I think this drama is def my favorite Spooky Time drama and will 100% be on my list next Halloween. Even though there were little things here and there that I didn't like, overall, the drama was unexpectedly really good and the ending is super sweet (even if we have no idea if she recovered her memories or not).