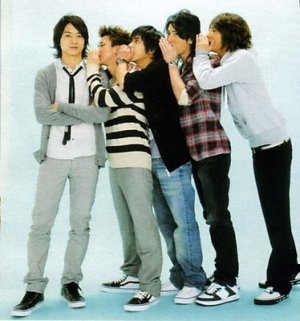 Completed
Aishite tatte, Himitsu wa Aru
3 people found this review helpful
by Lily13
2
Oct 9, 2017
10 of 10 episodes seen
Completed 2
Overall 8.0
Story 10.0
Acting/Cast 6.0
Music 9.5
Rewatch Value 6.0
This review may contain spoilers
Story 10/10
I was really feeling the drama in the beginning, then it got boring and draggy. And bam, the last 2 episodes were mind-blowing. For the first time since I can't remember when, I could not predict that ending, that was sooo surprising imo. It's been a while since I saw that much creativity, I was expecting some **** SPOILERS?*****  revenge/crazy love kinda motive. BUT NOOOOO damn I was wrong. For that, I give a perfect score! (I guess I wasn't spoiled by the previous tags that were listed on MDL?)

Acting 6/10
I'm torn on that point. The cast in general was kinda good, but not outstandingly good, ya know wadda mean? Kawaguchi Haruna got on my nerves quick, especially since her character was way too marriage-obssessed. Like literally until the last second of the drama. She was nothing beside a crazy bride and her lack of emotions did not help making Sawa likeable. Fukushi Sota... is Fukushi Sota. A really pretty face, popular enough to get lots of first roles, but he still doesn't have the talent to pull them off. He is decent, don't get me wrong, but for such a complex character like Rei, he lacked the skill. (I was nearly laughing hard at his scenes in episode 10 since his acting was so over the top!). The rest, well, good!

Music 9.5/10
Music in Japanese dramas never disappoint. I love that contrary to other asian dramas, there's hardly no lyrics, except perhaps for opening and ending songs. For AT,HWA the ending is sung by the crazy talented Ieiri Leo, and she's the queen of OSTs so I've got nothing to say. All the instrumentals were on point!

Rewatch Value 6/10
Why -4 points? A simple reason. It's not a bad drama, but its rewatch value is highly dependent on the surprising ending. Once you know the entire plot, it just seems so not worthy to rewatch? Idk, it's still fresh for me.

Overall, I like the fact they made a follow-up story, available on Hulu Japan only. I couldn't see it yet, but it sure is on my to-watch list if it is ever available elsewhere.
Was this review helpful to you?