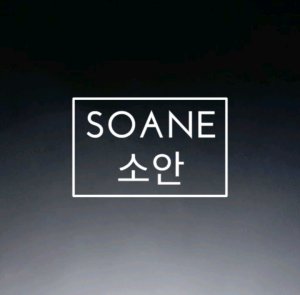 Completed
Addicted Heroin
2 people found this review helpful
by Soane
Other reviews by this user
Jun 13, 2016
15 of 15 episodes seen
Completed 0
Overall 9.5
Story 9.0
Acting/Cast 10
Music 10
Rewatch Value 10
After watching this drama I had to write a review, I can't just watch it and do nothing !
Story : The story is interesting for people like me who like BL stories. But, this one is really my favorite (BL) because it got me through so much feelings.
Acting/Cast : All actors are beginners but they play really well, so well that I thought it was natural like real life - but in a good way. I got attached to them really easily. What I like is that they are normal guys, they didn't made them big brutes or girly.
Music : There's not a lot of musics, around 5 main but what is great about it, is that music doesn't steal the show - how can I say this - music doesn't get more important that what we are watching like in all those dramas we can see... ( They used the ost of an american BL ! brokeback mountain)
Rewatch Value : Rewatching is not a problem, I remember the following day I finished watching this drama, I was like "It's no possible !" "This drama can't be so great !" - well I was excited x) (I couldn't recover !!!)
Overall : For those who are still hesitating, this drama IS A MUST-SEE, get it ?! No seriously, I don't know what got me soooo attracted to this drama maybe the general atmosphere. Maybe the fact that it seems so realistic - but it doesn't lack a bit comedy either. Why realistic ? Because main characters have their own personality which is unique. They match and don't match at the same time, it's not just some characters, with personality traits, they have moods, and they just live.

Completed
The Heirs
0 people found this review helpful
by Soane
Other reviews by this user
Feb 21, 2015
20 of 20 episodes seen
Completed 0
Overall 8.5
Story 6.0
Acting/Cast 10
Music 9.0
Rewatch Value 8.0
This review may contain spoilers
I love both of the main characters so I decided to watch the drama.
The begining is really attracting but later the set change completely... I don't really like to feel out of place in a serie or a drama...
I know there's a lot of people who've been disappointed by this drama but there's a real work that I find amazing but I can't tell it there because it would be considered as a spoiler. But there's this thing that is completely different that other dramas but I think a lot of people missed it :/
I definitely love the songs, I think they are amazing and appropriate and that's all I wanted to say ^^