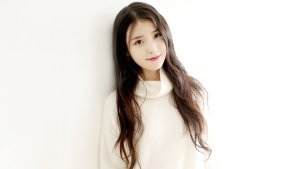 When I saw that IU would be cast in this drama, I felt that I had to give it a shot, and I'm glad to say that for the most part, it did not disappoint. Without a doubt, Hotel Del Luna is my favourite kdrama of 2019. There is plenty to love about this drama, ranging from its stunning cinematography, decent storyline, excellent cast, oh and how could I forget: the most beautiful OST in kdramaland.

Plot/Storyline:
I thought that the writing was pretty solid throughout the drama. It is refreshing to watch a drama that ventures into foreign territory and breaks free of the traditional kdrama tropes and cliches to explore the less commonly visited genres of horror (though I wouldn't really consider this drama to be scary at all) and fantasy + romance. The plot is layered and has some depth, with plenty of twists and turns to keep you on the edge. The main character Man Weol's story captivates you right from the get-go, as the show uses flashbacks very well to reveal small snippets of her past at a time, causing you to be curious about her past, and eager to find out more. The generous use of humour also helps to balance out some of the heavier, more emotional scenes, while also allowing the drama to be easy and fun to watch throughout its lengthy episodes. Personally, the ending did not play out exactly how I had hoped it would, but it was fitting to the themes of this drama and very beautiful to watch, as well as very emotional. The drama explores the themes/ideas of 'letting go', 'resentment', 'unselfish love' and 'forgiveness', which are all very meaningful, thought-provoking ideas, not just in the context of this drama, but these themes also have a place in our lives as well.

Elaboration on themes for those that are curious:
For example, the drama shows that it takes a greater act of love to let go than to hang on, which the same can be said about many situations in life. Suppose this: a severely ill person is given a few months to live. His family can choose to convince him to receive the surgery that would extend his lifespan by a significant amount, but which would also drastically reduce his quality of life (place him in a vegetative state), or let him die naturally of his illness. One may argue here that the greater act of love is to let go and allow the man to live out the rest of his days to the fullest, eventually dying a dignified death, rather than trying to desperately hang on and cause the dying man even more pain. Don't quote me on this sketchy analogy, but this is my best effort at trying to explain the themes that the writers explore in this drama.

Cinematography:
the cinematography of this drama is frankly top-notch, and can be compared to the likes of dramas such as Goblin. It is that good. The elements of fantasy were conveyed by great camerawork, skillful use of special effects, and excellent editing. The drama truly bought the supernatural fantasy world of ghosts to life, creating a vivid and charismatic viewing experience. It is difficult to describe in words, but once you see it for yourself I'm sure you'd agree that it is spectacular. The production team also did a phenomenal job of picking out Man Weol's outfits. IU looked absolutely incredible in pretty much all of her scenes, and I've lost count of the number of unique, beautiful outfits that she wore throughout the drama.

Acting:
the cast for this drama is a highlight for me. After watching IU's brilliant performance in 'My Mister', she was one of the main reasons I came across this drama in the first place. The drama is largely centred around her character Man Weol, and she absolutely nails her performance. She plays her character like it is second nature to her, effortlessly conveying emotions through her facial expressions, while also managing to bring out the complexity of her character. Her character is the focus of the drama, and IU does an excellent job in portraying her character's growth arc in the drama, all while making it seem very believable and authentic. And as a bonus, she looks absolutely gorgeous flaunting her giant wardrobe of high-end clothing. Furthermore, this drama exposed me to Yeo Jin Goo, who also delivers a very commendable effort and holds his own against IU. He appears to be much more mature than his age (considering he is only 22 years old), and the scenes of him breaking down emotionally feel raw and sincere. The chemistry between IU and Jin Goo both on and off the screen is also evident, and the relationship they develop seems to be very natural and genuine. The supporting cast also complements our two leads well, providing some comedic relief and some interesting side-story.

Soundtrack:
Although the soundtrack is supposed to complement a drama, Hotel Del Luna's soundtrack is far from ordinary and deserves a shoutout. Not only does the OST include big-name artists including the likes of Taeyeon, Punch and Heize, the tracks also have excellent synergy with the drama. The OST helps to effortlessly set the mood of multiple scenes and makes the emotional scenes even more powerful. There are many excellent tracks in the OST, but the standout for me is the special, unreleased OST by IU that is used at the end of one of the episodes. This track only plays once throughout the drama, but it merges into the emotional scene perfectly and elevates it to another level. (end of ep 12, )

Overall, this drama performs strongly across the board and ticks many of the right boxes for me, other than a few imperfections here and there. Although I wouldn't call this drama perfect, it comes pretty damn close in my books. I think I'm already experiencing withdrawal symptoms having finished the final episode an hour ago. It has been one heck of a ride, and now that it's over I feel like there is an empty void within me that's not going to be easy to fill. But giving credit where credit is due, hats off to the Hotel Del Luna team, as they have created something quite special and unique. Worth a watch, especially if you're an IU fan, as this drama is all about her.
Was this review helpful to you?