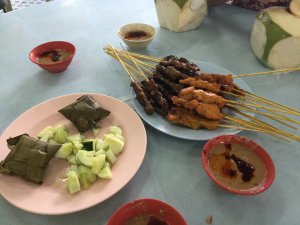 Hi there! Thanks for reading.

Growing up, I watched Hong Kong, Chinese, Taiwanese, Japanese and Indian dramas/movies. I was truly a drama addict even back then.

Because of my busy life at school and work, I stopped watching Asian shows from 1991-2012. However, I watched American/British movies and American/British TV series instead. My favorite TV series is Supernatural on CW. Other TV series that I like but no longer airing are Grimm (NBC) and Medium (NBC).

One day in July 2013, while I was surfing on my newly purchased TV Pad, I bumped into Prince of Lan Ling and after that, there is point of no return. I am back!

I kept a log of shows that I watched since 2013 in my computer until one day, I came across MyDramaList and transferred my list to this site. I love MyDramaList.com.

I watch just about anything but it has to have romance. Even a hint of romance is okay. I especially love good quality Time Travel shows because of the amount of creativity has to be put into them is beyond words.  A lot of thought has to be put into the butterfly effect caused by multiple time travelling.  I am really happy that MyDramaList.com now has  a "Time Travel" tagline set-up.  It makes searching for Time Travel shows much easier which often in the past, was grouped as Adventure or Supernatural.

I would usually research a show before watching based on viewer reviews, storyline and the cast members involved.

My ratings are based on my personal opinion and my feeling after watching the shows.

My ratings are as follows:

10 - Must Watch. I have probably watched at least 3 times.

9.5 - Almost perfect. Worth watching. I have watched at least twice.

9.0 - Very good. Still worth watching due to great acting by my favorite actors/actresses.

8.0 - Watchable but below average. Drag and need to fast forward at times. Story line or flow is a little off.

7.5 - Drag. Need to fast forward the show most of the time. Don't have to watch it if you don't have to. Gave the show a chance to make a twist or come back but still losing interest. Story line or acting is still not pulling me back to the show.  At this point, only want to know the ending of the  drama and end it. To sum up my state of mind - Boring and annoying. Just drop it already! What are you waiting for?

7.0 - Too draggy. Wasting time. Not worth watching. Don't even start!

Just added a flag counter today (Oct. 2, 2018). Curious to find out how many different country flags/visitors clicked my profile.  Have a Great Day!