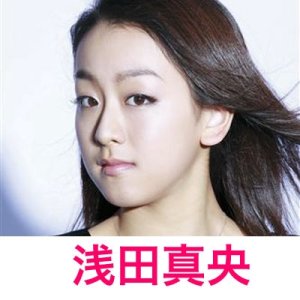 Completed
Chiritotechin
8 people found this review helpful
by Trang
Other reviews by this user
Feb 21, 2016
151 of 151 episodes seen
Completed 0
Overall 8.5
Story 8.0
Acting/Cast 10
Music 5.0
Rewatch Value 9.0
This is unexpectedly good. It's not the typical "heroine overcomes misery" asadora that often hammers so much sentiment into my face to the point of becoming overwrought and ineffective. Kiyomi, the heroine here faced a different kind of problem: She's a city girl having to move to a rural small town named Obama so that her unemployed father can succeed his estranged father's chopstick lacquering workshop. The atmosphere in the extended family is always tense To make things worse, Kiyomi has to share both her first name and surname with a popular, pretty, academically excellent classmate. Unconsciously, Kiyomi volunteered to be called Kiyomi B, a seemingly harmless, minor decision that she would later regret. As a matter of fact, she initially found it hard to get along with her classmates. To the 9-year-old Kiyomi, there isn't a single good thing laying in store for her.

This is when rakugo comes into play. Kiyomi has always relied on her wild and vivid imagination to get away from her humdrum life and before she knows it, she finds herself being engrossed in the rakugo played from the cassette in her grandfather's workshop. Rakugo and laughter have a way of rekindling broken relationships that no word can. Through her bonding with her grandfather and exposure to the enchanting world of imagination named rakugo, Kiyomi gradually comes into her own and decides to stop being Kiyomi B and pursue a career as a rakugo performer.

Acting wise, I'm particularly impressed by Kanjiya Shihori for being able to play a rakogu performer at such a young age (22) and Emi Wakui, showed a new facet of her acting arsenal as a laid-back mother. I like that the series doesn't try too hard to convey a beautiful message about finding your soul like asadora. To add lightness to the series, there are many dream sequences of Kiyomi's fantasy and interludes of her family members reenacting classic rakugo stories. I suspect that part of the reason this series doesn't do too well rating wise (17% on average) is because its theme is rakugo, a 400-year-old tradition that may seem intimidating and old fashioned for the younger viewers in Japan. I consider a series or film to be good when the storytelling is so captivating that it makes you forget your apprehension about a certain theme, and Chiritotechin is one of them.