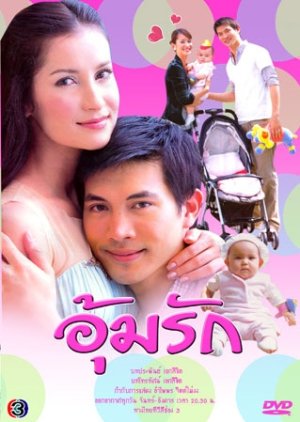 Napat is a beautiful but head-strong young lady. Against her father's wishes to come and live with him in the States, Napat decides to stay back in Thailand and earn her way through modeling. During Napat's first magazine photo-shoot, she meets a fast-mouthed photographer, Chen, who predicts she will never be famous in the industry. However, despite Chen's "prediction", Napat turns out to be a huge success, with everyone in the business wanting to work with her. Napat's lucky streak comes to a halt when she bumped into Chen for the second time, while at a beach-side anniversary party for a famous magazine. Due to a drinking competition during the party, both Chen and Napat get badly drunk and end up in bed together. It isn't long before Napat realizes that she is pregnant. However, rumour has it that Chen is currently dating Jasmin, one of Napat's biggest rivals in the modeling industry. Edit Translation 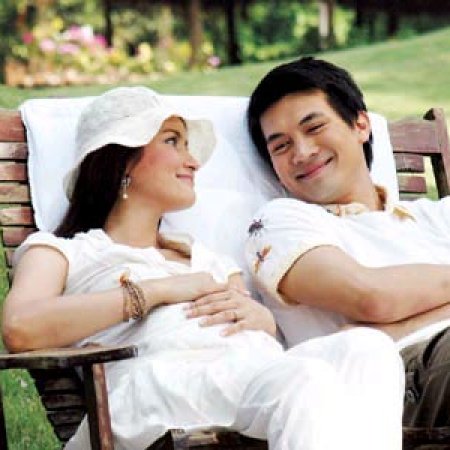 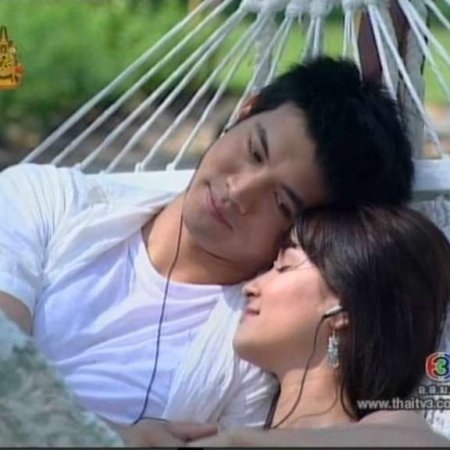 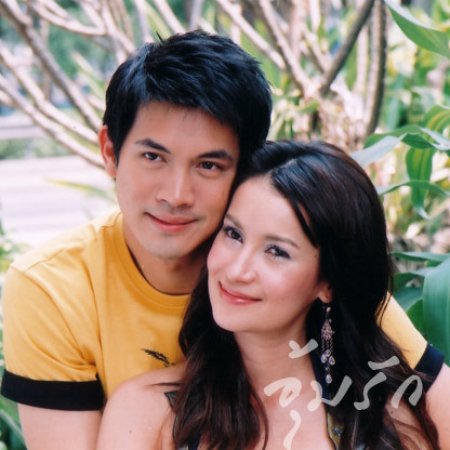 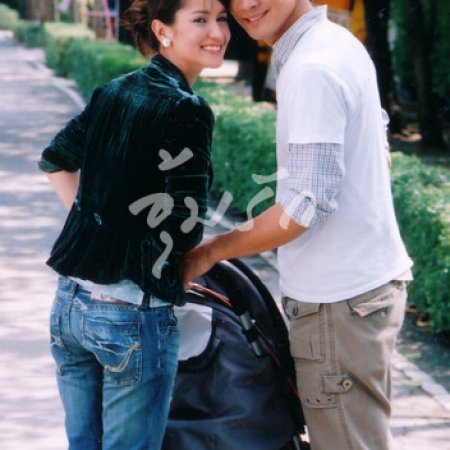 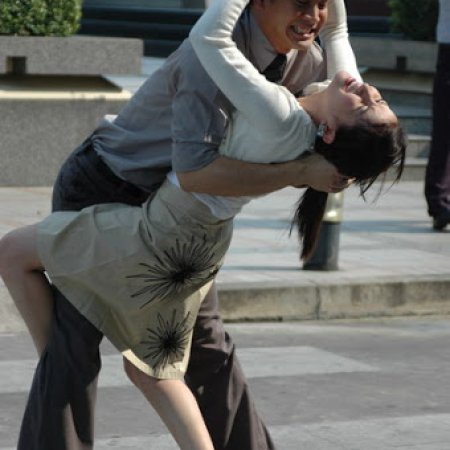 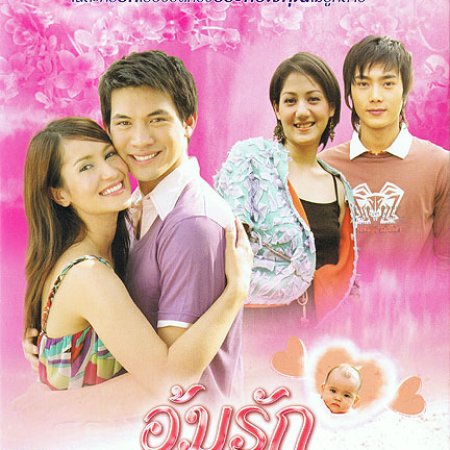 Completed
MusicalVeggies
16 people found this review helpful
Other reviews by this user
3
Aug 24, 2017
14 of 14 episodes seen
Completed 3
Overall 9.0
Story 9.0
Acting/Cast 9.0
Music 8.5
Rewatch Value 8.5
Having been wow-ed by Ken Theeradeth in 'Neung Nai Suang (2005)' despite not liking the overall plot-premise of the show, I went on a Ken Theeradeth hunting spree and chose to settle for the non-slap/kiss romantic comedy that is 'Oum Rak'. Fantastic choice!

STORY (No spoilers)
In the 'Fated To Love You' style cliche of having main leads being thrown together through an intoxicated 'one-night-stand' which leads to pregnancy and all the resulting drama that comes with two unprepared parents-to-be, this show can be quite dramatically funny with occasional touches of poignancy.

There were comedic situations for our main leads but that was mainly during the first one-third of the show. The remaining two-thirds were surprisingly rather grounded and warmly heart-tugging as our main leads settled into an agreement to see through the pregnancy process together. This show is more involved in showing viewers the changes and stages a mother goes through during a pregnancy, more than any other show I've seen which involves this trope. I don't know about you, but this was really one of the best parts of the drama, for me.

I absolutely loved seeing how Rachen (Chen) quickly stuck right in and transformed from being an impulsive man-child into a dedicated, caring and responsible man through it all. He embodied your modern metrosexual man in that he not only didn't mind, but actually wanted to know all about what a woman goes through during pregnancy. He took pains to read, learn and get as involved in the process as he possibly could, and nothing was too squeamish or personal for him - from breast pains to morning sickness to foot massages and ante-natal classes. This guy is just such a precious sweetheart from start to finish!

On the other side though, you have the aggressive and hot-tempered Napat's detached and annoyed reaction at the whole pregnancy thing. She didn't want the baby, knew it would hamper her modelling and acting career, and she behaved exactly as someone who didn't want to get pregnant but had little choice but to suck it up and see the whole thing through - ill-tempered, quarrelsome, reckless and uncaring.

The difference in attitudes and in the characters between the would-be parents, and to have the male/ father being by far the more dedicated one of the pair, is a surprising but interesting twist to your average pregnancy trope. I liked this change in dynamic and I loved how this show so excellently depicts it. I'm glad to say that Napat eventually grows more emotionally engaged as her pregnancy advances, and with that comes another change in the relationship dynamic, which was another compelling watch.

What I thought was another good thing about this show is that a lot of the emotional heft and moments come from the agreement and arrangement which the main leads have settled amongst themselves. What was thought of as a good and suitable arrangement slowly grew fangs and they were gradually feeling the bite of it as time passed. For me, some of the best emotional moments in the show was when both leads were individually feeling that bite themselves. How nice is it that bulk of the conflict and issue within the drama was one of the main leads' own making, rather than a third-party interference?

And on that note, yes, of course this is a tv drama, so you will always have interfering third-parties, but for me, their interference was really of the pot-stirring kind, rather than the bomb-chucking sort. There were no real villains here - just interested parties trying to stir up an already rather finely-balanced situation. But those pot-stirrings didn't really last that long (another great thing about this show). The main leads generally know where their priorities should be and they are rather good at keeping their focus on the right ball. Seriously, how many shows are like this? Love it!

We do have a couple of other side stories running alongside the main couple. Both are secondary couples also trying to have a baby and finding it a lot harder than our main couple (who basically just hit the jackpot in one sitting). Both couples have very different dynamics in dealing with this, and I also liked seeing this difference. One is there for comic relief/ humour, while the other is more heart-wrenching. I thought both were lovely complements to the main coupling, even if the comedic couple were often a bit over-board in their characterisations.


ACTING/ CAST
The supporting cast and the secondary couplings were generally solid. Aside from the two second leads who were pretty one-note i.e. Mark (who is interested in Napat) and Jasmine (who is interested in Rachen), the other supporting characters and secondary couples had distinct personalities and motivations which made them more emotionally relatable, at least for me. I particularly liked Rachen's family unit and their portrayal through the show.

JAYME BOOHER as Anna, Napat's best friend (whom I also recognised as playing the rather annoying second lead female in 'Neung Nai Suang'), was great in her portrayal of Napat's BFF. She is what every BFF should be like - entirely supportive through thick and thin from buying pregnancy test kits to arranging doctor visits to lending a listening ear and offering sound advice. She was a huge advocate of Rachen having rights as the baby's father too, and made every effort to keep our main leads together - something I whole-heartedly supported. Her portrayal here is very different from that in 'Neung Nai Suang', but she pulls both off well.

ANNE THONGPRASOM as Napat (Pat). She did not impress me that much in the first few episodes - partially due to her character's arrogant and abrasive personality, and partially due to her looks which were not to my personal taste.
But she grew on me as an actress, especially when her character started to take her pregnancy more seriously and when she also started to reflect on her relationships and her future with her baby. Anne was able to show a lot more range and emotions when the show progressed, which was really wonderful to see. It is not an easy task to show conflicted internal turmoil (the hallmark of any good actor/ actress is whether they can pull this off well, for me), and Anne nailed her scenes here. She was able to show Napat slowly evolve and mature from your selfish and prideful woman into one who has learned to love and to seriously consider how to balance her future of career vs baby. She had her insecurities, hang-ups and doubts too which played a part in her making some of the decisions she chose to make, but there is no denying that her character had evolved through the show, and that Anne was able to show that progression all the way.

KEN THEERADETH as Rachen (Chen). What can I say? I was amazed and impressed by his portrayal of Anawat in 'Neung Nai Suang', and here he plays a very different character in Rachen and he nailed it once again. This guy has officially won me over for his stellar acting prowess and for his charming smile.
Rachen is a very different character from Anawat. While Anawat was in essence a gentleman of his time, Rachen is your modern day cocky and temperamental man. He is impulsive, loud and emotionally driven.
Unlike Anne's Napat, Rachen's emotional outbursts come across more childish than annoyingly offensive, and I think this is something only Ken can pull off. He can make a dislikable character, or dislikable character traits, less dislikable for some reason. I think it is a combination of his looks (yes, being that handsome helps a great deal), and his ability to imbue subtle nuances to his character's looks and actions.

Ken has great expressive ability and this show gives him lots of opportunity to showcase it. There is a lot of playfulness and cheekiness on show here (which is just great because Ken's smiles are so lovely, and his comic expressions hilarious), but there is also plenty of internal doubts and disappointments too. His character's earnestness in wanting to be involved in every aspect of the pregnancy process is also just too adorable and sweet for words.
Best of all, Rachen, like Napat, grows and matures throughout the series and from the man-child he was at the start, he slowly grows to be a man who takes his responsibilities seriously and carries them as best as he possibly can. This evolution was also wonderfully portrayed here.
In short, Ken plays every aspect of Rachen like a maestro and best of all, he makes it all look so effortless and natural.

This is my first time seeing Ken/Anne and I can't deny that Ken's chemistry here with Anne is a lot better than that with Janie in 'Neung Nai Suang'. Perhaps it is also Anne's acting ability (she is head and shoulders above Janie from what I've seen so far) because Anne is able to emote a lot better and so perhaps Ken is able to capitalise on that and also bring out more ability from his side. Or maybe they are really comfortable with each other from the start.
Whatever it is, I can see why they make a great on-screen couple. Their acting is very balanced between them - when one is being over-the-top, the other is equally over-the-top, but when one is being quietly emotional, the other can also be equally quietly emotional. There is a very good and equal balance when they both interact on-screen so both characters develop memorable and individual personalities that play off each other well and none are really completely overshadowed by the other.


MUSIC
I loved the background music and the sound effects on this show. I thought it really added to the tone and mood of each scene, and even though I don't understand Thai and the meaning behind the vocals of the songs, the melody is still a nice scene and mood setter.


RE-WATCH VALUE
Yes, definitely re-watchable, even if it is just for Ken's cute smiles and adorable sweetheart actions. A brilliant romantic comedy - it brings on the laughs but it also brings along the feels. Honestly, it has been a long time since my heart was so emotionally touched during some of the poignant and emotionally-driven scenes, and 'Oum Rak' has now become one of my favourite romantic-comedies.

Completed
mena
4 people found this review helpful
Other reviews by this user
0
Feb 9, 2016
14 of 14 episodes seen
Completed 0
Overall 9.0
Story 9.0
Acting/Cast 9.0
Music 9.0
Rewatch Value 9.0
I love lakorns that the main actress is not afraid to talk back! the chemistry between these two are always on point.
Was this review helpful to you?
View all