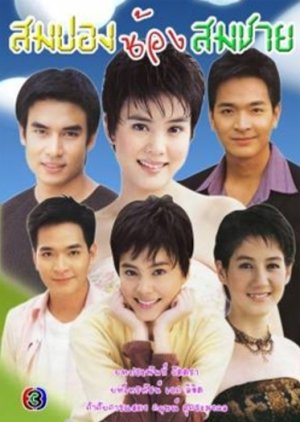 Lien and Lin are best friends who happen to get dumped on the same day. While they are out trying to console and comfort each other, Lien and Lin accidentally get rounded up and arrested with a group of prostitutes. As part of their release deal with the police, they have to go undercover to help investigate the recent murder of a Thai country music singer. However, the catch is that Lien and Lin have to go undercover as male dancers for the music company that represented the late singer. Bapoo happens to be a manager/producer for the company’s newest up and coming artist. Because they make such cute looking guys, Lien and Lin are ultimately hired for the new artist’s backup dance crew, against Bapoo’s wishes. And so, comedy ensues as Lin (the man) makes moves on the homophobic new artist and Lien and Bapoo go from friendship to “bro-mance” to full blown romance. All while Lien and Lin try to solve the case and fight off the advances of the female dancers. (Credit: Yaso) Edit Translation 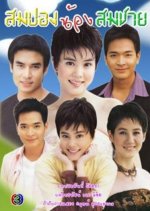 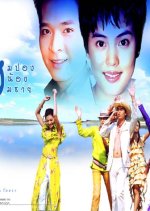 Completed
nastou19
4 people found this review helpful
Other reviews by this user
0
Sep 5, 2016
13 of 13 episodes seen
Completed 0
Overall 7.0
Story 7.0
Acting/Cast 8.0
Music 8.0
Rewatch Value 6.0
OVERALL : Sompong Nong Somchai is an enjoyable gender-bender drama. It's not the best but not the worst either. The last few episodes are especially enjoyable. The main downside of this drama may well be the video quality. Unfortunately, I could only find the episodes on YT with quite a low resolution.

STORY : I love gender-benders so I'm biased. And for this one I'm biased x2. Why? Because there are two women dressing-up as men. As a result, you get two types of gender-bender in one since they have very different characters. One definitely wants to hide her sex while the other would love to reveal the truth to a certain someone. The subplot, the 'spy' story, is more developped towards the end of the show, making it more interesting. Still, don't expect some exceptional plot, it's a romantic comedy first and foremost. Just enjoy it ;)

ACTING / CAST :
I was surprised at Sompong and Somchai. For gender-benders, one of the criterias is the disguise. The actress playing Somchai could really pass off as a man, especially when she changes her voice. Plus, she is gorgeous when dressed as a woman. The same could be said for Sompong. Although you can see more clearly her feminine side, she could pass off as a young man with her strong punch.

MUSIC :
Nothing much to say. I liked the song, it was catchy. There's one downside though... Because they dance on Tewa's song, there's nearly only this one during all 13 episodes. So if you don't like it, don't watch it.

REWATCH VALUE :
Well, it was enjoyable but the video quality will prevent me from any rewatch. Maybe a bit of the last few episodes because I really enjoyed them...