Where to Watch Birth of a Beauty Episode 10 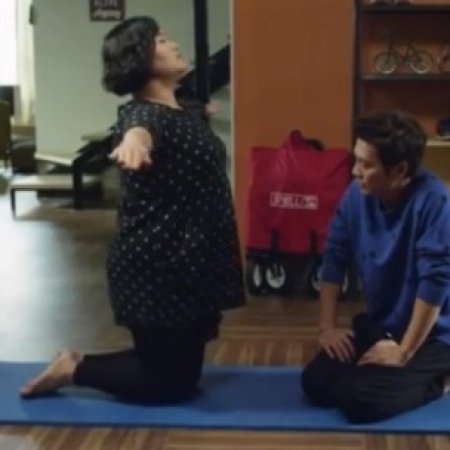 Birth of a Beauty Episode 10

Birth of a Beauty Recent Discussions

silent_whispers
0 people found this review helpful
Other reviews by this user
Feb 16, 2016

Apparently it was bad acting. Because Sa Ra is all a flutter. (Warning this is basically a chain of thought as I watched this episode.)

Holy shit! A red carpet for her classical music even! But she aint' classy! So she falls asleep.But I found it annoying that she couldn't understand how great it was that he wanted to celebrate her. (Though I can't complain, that buy 1 get 1 free &quot;almost free&quot; bit was hilarious!) At first I thought they were saying she was so used to giving and being frugal about things pertaining to her, that she didn't know how to react. But then she was so happy to get flowers from a stranger . . .

I have a feeling something bad/rude is going to happen to Tae Hee because of Sa Ra. I mean she's arguing that they can't be together because legally she's still married. She's not reported dead, but missing. But her husband tried to kill her. Forget about legally married or not. I think higher powers will understand and push that divorce on through. It bothers me that she thinks Tae Hee will not like her becaue he only sees Sa Ra. And he doesn't realize that he likes Sa Ra and - because she is - no matter what! Ugh. (OK, I guess self hypnotizing she issue. Because that's legit.)

After basically dumping him, she tells me to hold her hand. Sa Ra. Stupid. But now she sees how sweet he is. Well this show is running me through the mill. But at least that ending is sweet.

I feel like Sa Ra and Tae Hee are going to be blinded sided. At the very least they're enemies are gearing up and are know who to have in there sights. Chae Yeon seems to be the scariest one of them. She really can't see how what was done to Sa Ra was wrong. It's scary.

Overall this episode kept me laughing. Sa Ra and Tae Hee are so cute. While this was definitely light on revenge, and all the bad guys are getting out and safe. I know things are going to hit the fan soon. Especially if they decided to meet out punishment in the last few episodes. So far the show has been able to keep track of it's craziness. Let's hope it can continue.

Kristana
3 people found this review helpful
Other reviews by this user
Dec 2, 2014

OH MY GOODNESS!! I seriously got wet eyes when Tae Hee saw Geum Ran siting on the bench! GFosh I thought it'll be another missed meeting and misunderstanding thingly like in all dramas, I was just so happy they still met up! I like Geum Ran even more now! Even thought she got this messege from Chae Yun she didn't leave! Normally an innocent character like hers would stupidly believe and leave -_-
Aaae they are so cute~
Was this review helpful to you?