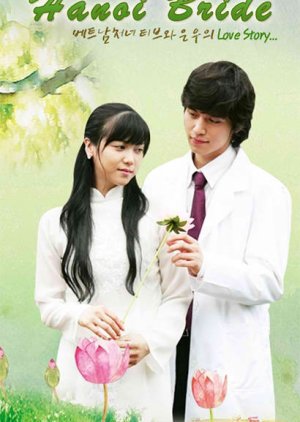 Park Eun Woo worked as a doctor in a clinic in Hanoi where he fell in love with a Vietnamese girl Ly Thi Vu. Due to the sudden death of his father, he had to return to Korea in a hurry but the message wasn't related to Ly Thi Vu. His elder brother Park Sok Woo who worked as a farmer in the field was hard pressed by his mother to go to Vietnam to find a wife and he ended up bringing Ly Thi Vu to Korea with the intention to marry her. Song Il Lan was Park Sok Woo's childhood friend and she realized that she was in love with him and he had a similar feeling for her too. When the misunderstanding between Park Sok Woo and Ly Thi Vu got clarified and all truth was out in the open, his mother who thought Ly Thi Vu was going to be her first son's wife and liked her didn't think she was good enough for her second son as he was a doctor. Ly Thi Vu was hurt and returned to Hanoi. Later the mother came to realize her folly and relented. Park Eun Woo didn't want to give up Ly Thi Vu and so he went back to work in Hanoi and search for her. Edit Translation 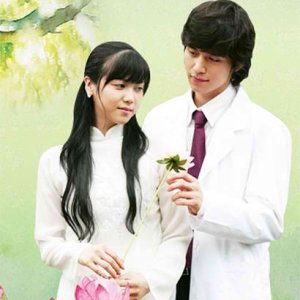 Completed
Nelly
4 people found this review helpful
Other reviews by this user
0
Jan 15, 2015
2 of 2 episodes seen
Completed 0
Overall 6.0
Story 5.0
Acting/Cast 6.0
Music 5.0
Rewatch Value 6.0
OVERALL
Good to watch on a road trip. I'm saying this because that's what I did, and I can't think of another time I'd be desperate enough to.

THE STORY
LOL This was like watching the two-hour recap of a melodrama...or starting the melo from the middle, skipping all the nice, fluttering falling-in-love part and jumping right into the in-laws-tear-us-apart drama, which, I have to say, had all the cliched elements you can find in melos and more. There's nothing gripping about Hanoi Bride because we're not given the chance to care about the protagonists separately or together, and everything is just so damn predictable. The good side? Well, I sure had a lot of laughs watching this, though I'm certain it wasn't what they were aiming for. I also like to give props to stories that portray a social issue, and Korean guys travelling to Vietnam to find a wife is not an unusual phenomenon, from what I've read.

THE ACTING
I would say nothing stellar, but because I got to see Kim Okbin in Yoona's Street first, where her role was so entirely different, I can't help but think she's a very good actress.

THE MUSIC
What music?

REWATCHABLE VALUE
It's standing on that line that separates serious from ridiculous shows. Because I wasn't watching it taking it seriously, it was entertaining, and I can't say I wouldn't watch it again. But I'm not dying for it. Not at all.

Completed
Mitta
4 people found this review helpful
Other reviews by this user
0
Mar 23, 2015
2 of 2 episodes seen
Completed 0
Overall 7.5
Story 7.0
Acting/Cast 8.0
Music 6.5
Rewatch Value 8.0
Let me start by saying I am a fan of Lee Dong Wook. I found this drama by looking up his body of work. I may be partial towards Lee but I don’t always like his dramas; the story has to work for me.

Hanoi Bride happens to be my cup of tea. It is short, only 2 episodes! Even if you end up disliking it, you haven’t wasted too much of your time.

It’s got some beautiful sceneries in and around Hanoi including the breathtakingly beautiful Ha Long Bay. The scene where Tiv and Eun Woo found each other and kissed was shot overlooking the Bay and it made for great cinematic effect. Even the countryside scenes in South Korea were a nice change.

Kim Ok Vin was quite convincing as a Korean/Vietnamese girl. She even looked the part and she was absolutely beautiful. I could feel her pain especially in the second episode. The story was predictable with its usual doses of misunderstandings, in law interference and purposeful revenge but these plot lines were not exaggerated.

At first the drama might come across as a love triangle but it really wasn’t the case since Suk Woo was never in love with Tiv. This was a story about overcoming prejudices, stereotypes and traditions. As a doctor Eun Woo was expected to marry well whereas his brother, a 40 year old farmer, was not expected to find a good match in a society where social order prevails. Tiv, a poor Vietnamese girl, was therefore good enough for Suk Woo but not for Eun Woo.

Lee Won Jong was stellar as the kind, and supportive brother. The second plot line between Suk Woo and III Ran was nicely done to show reverse discrimination.

I especially liked that scene in the hospital where the two in laws finally acknowledged their misgivings. “Marriage is like buying a pair of comfortable shoes. If it doesn’t fit, it’s no use even though others think it is splendid.” Wow, those lines resonated with me. I am sure it has a lot more depth in Korean but even with the translation I was touched.

Lee Dong Wook was handsome and engaging as usual as the main lead but I have to say Ok Vin and Won Jong’s characters stood out more for me.

The OST was soothing and catchy especially the main theme song “I will always” which has a nice blend of Vietnamese sounding tunes.

Is it a re-watch? For me, definitely a “Yes”; it is just the right time filler whenever I want a short, easy, feel good drama to relive some nostalgic moments.