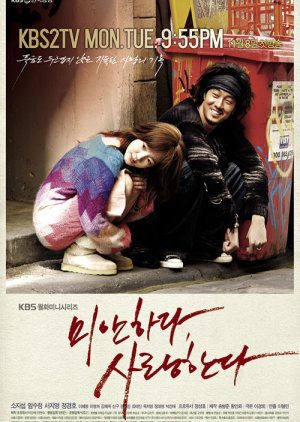 Cha Moo Hyuk was adopted by an Australian family but was abused and left homeless at an early age. One day, he comes across Song Eun Chae, the coordinator for Choi Yune, a famous singer in Korea, whom she is secretly in love with. Her fateful encounter with Moo Hyuk ends up affecting not only her life but that of her precious Yune as well. Because of an accident involving his ex-girlfriend, Moo Hyuk is left with 3 months to live. This leads him to head back to Korea in search of his biological mother. The discoveries he makes changes his heart from longing to revenge. Even with all this darkness surrounding him, he finds an unexpected source of happiness with someone he did not expect to love. Edit Translation

Where to Watch I'm Sorry, I Love You 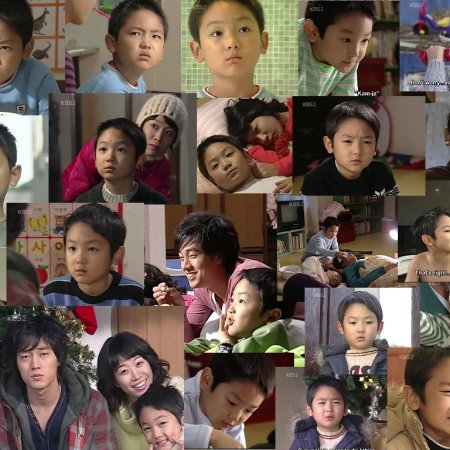 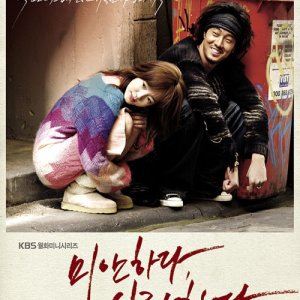 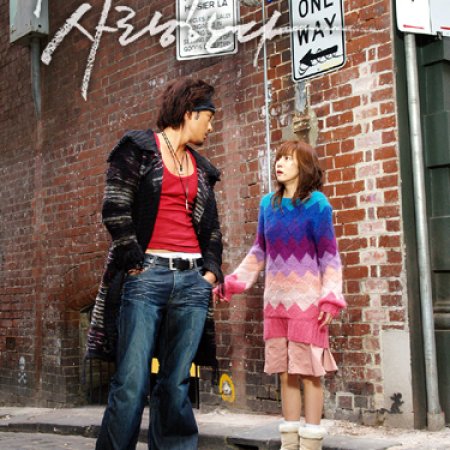 Completed
manicmuse
49 people found this review helpful
Other reviews by this user
0
Feb 6, 2012
16 of 16 episodes seen
Completed 0
Overall 8.0
Story 8.0
Acting/Cast 10
Music 8.0
Rewatch Value 7.0
This drama is an extremely emotional one, so those looking for a lighthearted romance should avoid it. I would definitely file this drama under tragedy, so keep a box of tissues close. By the end of the first episode, I knew this drama would not hold back.

Im Su Jung was so good as naive Eun Chae, that she made some of the more over the top moments completely believable. The same can be said for the rest of the cast, including Lee Hye Young's character who I loved to hate, and showed unexpected depth.

My absolute favorite was So Ji Sub. He really played his character brilliantly. He did so much more than just cry, yell, and laugh on cue. As Moo Hyuk, he showed so many complicated emotions, and I could never predict how Moo Hyuk would react. During moments in the drama that started to feel a little repetitive, he always pulled me back in. The fact that he is visually appealing didn't hurt either.

The plot does have the privileged vs the poor, and love triangles/squares, which is expected in most dramas, without following the same path. Every time I felt the story becoming predictable, a new revelation would catch me by surprise. I also could not predict how it would all end, which was refreshing.

Some of the down sides to this drama, to me, was the laughably bad english (so distracting), Yoon's terrible singing (also distracting, since he was supposed to be a pop idol), and showing way too many flashbacks. Later episodes seemed to rely on flashbacks to fill up the time. Some scenes were repeated so often that I no longer needed subtitles to understand them. Still, I never felt like dropping this drama after becoming so invested in the characters, and what would happen to them.

I think the positives heavily outweigh the negatives. So Ji Sub alone would make me recommend it. The soundtrack was good, and included some random songs like Billy Joel's "The Stranger" (which was a perfect fit). I don't know if I can stand emotionally to rewatch the entire drama, but It's so good that I might.

Completed
ilovesuperman
30 people found this review helpful
Other reviews by this user
0
Apr 27, 2011
16 of 16 episodes seen
Completed 0
Overall 9.0
Story 9.0
Acting/Cast 9.0
Music 8.0
Rewatch Value 6.0
Its been awhile since I watched this drama. So I just write down what I remember. But then again, most of the time you only remember the important stuff. ^_^ I really liked the story because it isnt your usual love story and you cant really predict what's gonna happen next. (It surely isnt a comedy.)

Something special about this drama is certainly the scenery they used for some scences. Just Beautiful. (Next to other awards this drama got Best Picture Award). Some thing else that is special about this drama is the ending (which I loved). I am sure you cried while watching a movie before, not because you're actually sad but because it was so emotional. And when the movie ended so did your tears. Here, I cried because I was actually sad. That's how attached you get to the characters.

But dont let that keep you from watching it. It has a great male lead. good story that keeps you interested.

New Topic
Be the first to create a discussion for I'm Sorry, I Love You 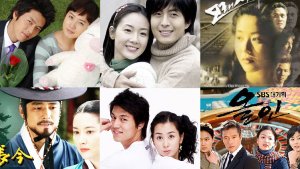 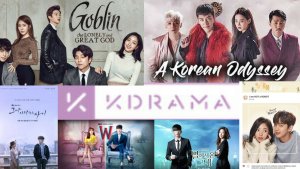 5 Things Kdramas Have Taught Me