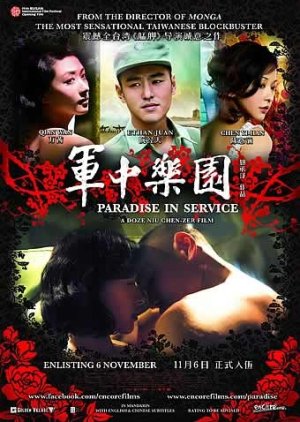 Year of 1969, after drawing an unlucky number from a lottery result, Pao from southern Taiwan has to serve the military in the remote and perilous island of Kinmen which is seen as the most dangerous military base due to its geographical location that is too close to China. Pao is assigned to the Sea Dragon, a unit known for having the toughest physical training. However, Pao is about to find out that that the greatest challenge in his military service is not in the Sea Dragon but lies in Unit 831, a special task he is later appointed to. Edit Translation 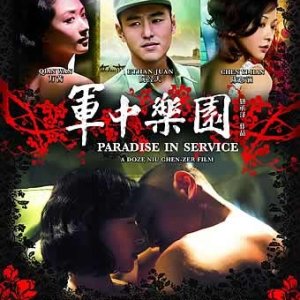 Completed
SUNNY
0 people found this review helpful
Other reviews by this user
0
Sep 10, 2018
Completed 0
Overall 9.5
Story 10
Acting/Cast 9.5
Music 8.0
Rewatch Value 9.5
Summary: Highly recommended!
The movie left me with a different feeling than expected. Thought this would be drama with a lot of comedy. Fortunately, it provided a realistic perspective that may not satisfy everyone, but, was brutally honest most of the time.
Overall, the movie is worth watching more than once. The storyline is supported by an experienced and talented cast that walks in stride with the plot and they are not dragged down by it.

Story
The storyline has depth, authenticity and flows at a proper pace to not feel boring. There is less than 2 hours to transport the viewer back to the 60s to a war and environment where most were not even born or even taught in school especially for non-asians. As a non-asian, I appreciate the glimpse of life and times during that era. The story showed a slice of life of those forced or voluntarily took on hardships to survive. The best part is the viewer can clearly see both sides of those in control and those being controlled without needing to take sides to ostracize anyone. You can see they are human with faults and also some good characters, essentially they are human and you can't put yourself above it while viewing this movie.

Cast/Acting
The strong cast is a plus in this, as expected, lead by the boyish pure vibe delivered well by Ethan Ruan as the brand new soldier cast into unorthodox surroundings. His facial expressions are the best especially when confused. This calls for a serious role playing of all cast members and they delivered.

Music
The music reflected the times and environment of the late 60s and early 70s in that region. It would not make the grade today since today's music are rarely composed of real instruments. Don't expect modern day techno songs or the latest pop single to make viewers more comfortable. That would stain this movie.

Completed
Rima-chan
0 people found this review helpful
Other reviews by this user
0
Feb 24, 2019
Completed 0
Overall 6.0
Story 7.5
Acting/Cast 9.0
Music 7.5
Rewatch Value 5.5
This review may contain spoilers
Just done watching the movie. At first I thought this movie will be more about the military prostitutes and their sufferings then it turned out to be a story about the male lead's journey or experiences while in service. So it was a bit disappointing that we really didn't get much into the girls... the only one that I actually felt sympathy for was Jiao... you can see how she was "broken" by what happened to her.

There are lots of things in the story that wasn't really clear for me. Example was Tun Shan's memory of the shepher girl after he killed Jian. The girl looked a lot like Jian, why was she the last or the first person that came to mind after he killed Jian? Was it because Jian looked a lot like her which is the reason why he fell for Jian? or why he liked Jian? Or was that girl Jian herself?
I wasn't really that interested with Nini... she's too sophisticated a lot of times... and I couldn't really feel her character.

There are lots of parts that I thought was boring and wanted to skip. I think the best part of this movie was the end, when Pao started questioning about his actions on his "what ifs" because honestly speaking, there were lots of things that I questioned regarding his actions so it's good to see that even he himself questioend them and never forced to gave the viewers an answer.

For me this movie is more like a coming-of-age movie.