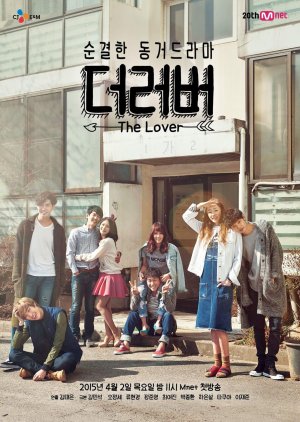 The series talk about four different couples living together in one apartment complex. Both in their thirties, Oh Do Shi is a voice actor and Ryu Du Ri is a blogger. They simply chose to live together instead of getting married, and have been sharing an apartment for two years. Jeong Yeong Jun and Choi Ji Nyeo are a couple that's twelve years apart in age. Ji Nyeo has the personality of a penny-pinching ajumma and basically supports her younger boyfriend in the hope that he will someday realize his dream, while Yeong Jun is an unemployed musician who carries around a guitar he doesn't know how to play. They've been living together for a year, and are quick to fight and make up. Park Hwan Jong and Ha Seol Eun are in their twenties and have just moved in together. Seol Eun wants her boyfriend to believe that she's the perfect embodiment of femininity, and works tirelessly to keep up the illusion. Lee Jun Jae is a loner who prefers to stay at home, but is forced to find a roommate for financial reasons. He doesn't even want to exchange unnecessary small talk so he advertises for a foreigner who can't speak Korean very well. Enter Takuya, a Japanese guy on his travels. Takuya thinks Jun Jae is wasting his youth, and begins to draw him out into the world. Edit Translation 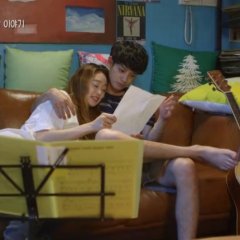 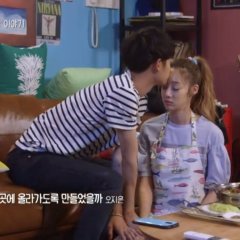 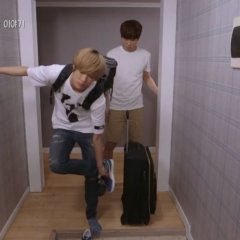 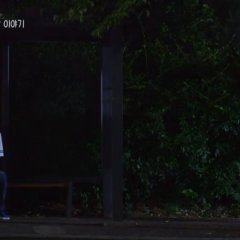 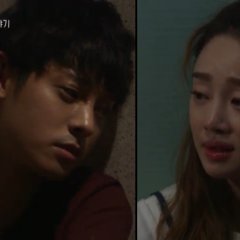 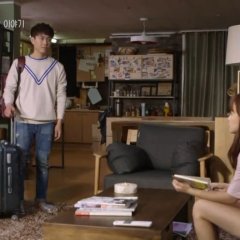 Completed
maakopla
56 people found this review helpful
Other reviews by this user
0
Jun 26, 2015
12 of 12 episodes seen
Completed 0
Overall 8.5
Story 8.0
Acting/Cast 9.0
Music 6.0
Rewatch Value 5.0
This drama was cute and interesting, it definitely had a reality tv-vibe to it. It was fun to watch how different couples from different backgrounds, age groups and even with different sexual preferences lived together in one building. It was fun to follow their daily lives, learn about their problems and see the development. I liked how this show pointed out some of the major issues within Korean society with healthy criticism. A lot of old popular songs were incorporated for the sake of the fun, if you know those songs and their meaning to Koreans you will get more out of the show.

The acting was great and, in my opinion, The Lover is one of the best acted drama out there. My biggest problem with the show was how a lot of scenes were stretched to the point they lost all the fun and made me feel like "okay, I get it. Just move on already". And some couples were given waaay more screen time than the others. There were definitely the main couples and the side character couples, which took a bit away from the show. I would have liked it if all couples had the equal standing.

The Lover has a high re-watch value because it's honestly fun and heartwarming. There are only 12 episodes and that¨s great, the show doesn't get any time to get draggy.

It follows four main couples, whose relationships are considered... "questionable..." I suppose by Korean standards: Living together without being married, a huge age difference, homosexuality, and (?) deciding to be married after only dating a few months.

The amount of screen time goes mainly to the first couple, who live together and yet aren't married. The conversations between this couple is realistic and relatable, with laugh-out-loud scenarios or serious and loving relationships that the actors have no trouble in showing the viewer. It was real, it was lovable, it was raw, it was sexual... it was beautiful.

The second couple I found the most entertaining; a thirty-three year old woman is dating a twenty-one year old starving artist who lounges around all day eating ramen obnoxiously. Of course, there's going to be some crazy moments with pillow fights and petty jealousy, but it also showcased some amazing character growth, especially in Young Joon. The couple works together in a sort of symbiotic way, and you can see how much they care for each other. Plus is just hilarious watching Young Joon. That guy's a riot. I image the actors are thinking: "Sigh, the things I do for my career." Because they nailed it.

Dear authors: do you want to get your reader shipping like crazy? Follow this screenwriter's lead when it comes to Takuya, the Japanese traveller, and Joon Jae, the hermit. These two had the sexual tension from the moment Takuya put a single foot in the threshold of Joon Jae's home. Hilarious angles lead to misunderstandings I didn't mind all that much, feeling that second hand embarrassment. This couple probably had it the worst in this series, with only two minutes or so per episode of screen time, but the relationship is developed, and by far my favorite couple. These boys... watching Takuya made me listen to some of Cross Gene's music, and it's really very good. Both of the guys playing these roommates may not be gay themselves, but they made me believe it, with a full course of Awwws and sexual tension.

The fourth couple had next to no screen time through the entire series, and are easily the most underdeveloped couple living in this apartment. I will admit, the competitions between the girl and Man Goo over who was more feminine (who had bigger boobs, longer legs, more successful boyfriend...) were absolutely hilarious, but the relationship between the engaged couple themselves was a rare thing. Which I didn't really mind... I wasn't paying much attention to them, anyway. What little time these actors had to develop their characters, I'll give them some credit there.

The music was very beautiful, and connected in lyrics or tune to the mood of the drama. And luckily, the name and artists of the songs are put on screen for you, so you don't have to look it up!

Overall, this is a wonderful, hilarious, real, and emotional drama that tackles almost any kind of relationship hurdle it comes across, from jobs and careers to confused sexuality and identity. Its a real, relatable drama with relatable characters, and the moments that each of the couples spent interacting with the other couples... (I love Joon Jae and Takuya being so much taller than Oh Do... HEHE) It's a must-watch. 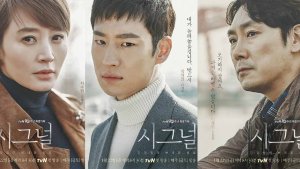 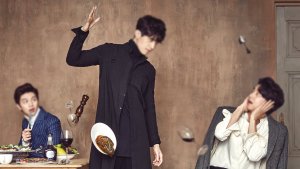