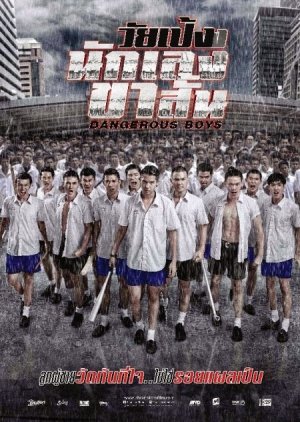 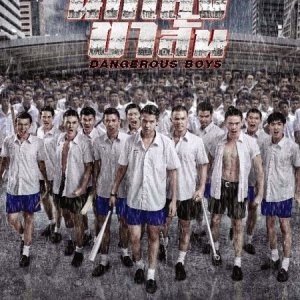 Completed
Cute Gnome
4 people found this review helpful
Other reviews by this user
0
Jun 26, 2018
Completed 0
Overall 7.5
Story 7.0
Acting/Cast 7.5
Music 8.0
Rewatch Value 7.0
I will not give a usual review that I do in this site. I usually gave comments by parts but I don't have much to say in this movie. :-)

I saw some of the characters somewhere but I guess they were too young in this movie or maybe I was wrong. This movie is not too emotional, not too romantic, not to funny and not to amazing, I must say. Hahaha sorry but this movie was keeps on showing fighting scen. It was not even disclosed why they keep on fighting, even the charcter asked himself this question :-0. The BL scene was so wondeful for me though, I was expecting for more exposure between the two of them but it did not happened. :-) But I love how they end up together though they came from diffenert gang. When they were arrested and led into the police mobile - they were holding hands.

There are some scenes which made me laugh. Like the scene after their gang fight. The guy was supporting the other where in fact they are from different gang the other gang members didn't know that they were lovers! (BL fan here?) hehehe. Hahaha Iby the way I was frustrated near the end because I thought it would end on another gang fight but it did not. The two main characters KISS each other...hahaha the most hilarious way to end a super riot movie. :-0