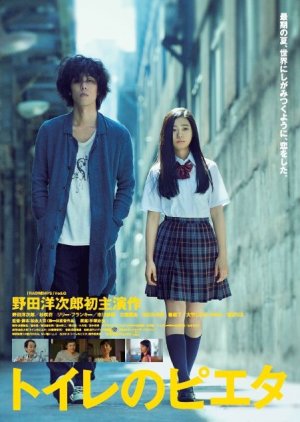 Hiroshi, once-promising young painter, now working part-time as a window cleaner. One day, he learns that he has cancer and only 3 months left to live. He then encounters Mai, a sassy high school student, during his last summer. (Source: Written by MyDramaList) Edit Translation 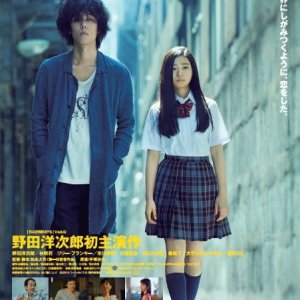 Completed
HAMEX
6 people found this review helpful
Other reviews by this user
0
May 15, 2016
Completed 0
Overall 7.0
Story 7.0
Acting/Cast 6.0
Music 7.0
Rewatch Value 6.0
This review may contain spoilers
A story about a man who gave up his dream and life, and what decisions will he make before he die. Not a tearjerker one.

Mai & Hiroshi has opposite character. Hiroshi is a man who doesn't give a damn about his life and people around him. Always putting every single thing in easy mind, expressionless. While Mai is a teenage girl who came from a broken home family. She lives with her mother and her grandmother who has mental illness. Her mother is typical bad mother who doesn't care about family so Mai has to do all housework including nursing her grandmother. It leaves pressure to her, that makes her has unstable personality, a loner and always putting anger in other people. Mai is short tempered, child-like and acts arbitrarily. They met accidentally and made a sudden deal which lead them as a partner who need each other as they feel like they don't have anyone else but him/her.

Combination between romance and illness is not something new, so I can't appreciate it a lot, moreover this movie is simply a progressive type of story-line with liight conflict and presentation, no feeling was harmed here. The chemistry between Mai and Hiroshi is zero. Not only because the age that makes them looks like a brother-sister, but also their opposite personalities. Oh well actually Mai pretended as his sister on their deal. Don't expect a sweet-tragic romance here, there is no such a thing. The romance is more like an escape between those two. Hiroshi who doesn't care about romance anymore but somehow fun when around Mai, while Mai is thirsty of attention from him with her childish actions. Mai's bold character and her state of mind influences Hiroshi a lot in facing his death. The climax moment is when Hiroshi finally realize what he wants to do about his dream, and the final decision for himself.

Noda Yojiro is a total rookie actor. So it's understandable if he looks expressionless in this movie. Well Hiroshi's character is such a cold guy but I can't feel how deep that character is from him. He has the same expression even when he cries. I bet he still looks cool tho for Radwimps fan. While Mai's character sometimes a bit annoying. Because she always angry and get easily pissed off. Yeah that's how her character was made, she is supposed to be a breaker of Hiroshi character.

IMO, this is a quiet type of movie. It doesn't insert a lot of music as a background, in order to makes the viewer absorb the drama itself. But when the music on in several part, it's quite good. The instrumental style quite bold and nice to hear them.

The last point is the ending. I never talked about the ending in my reviews, but for this one I want to give a hint. Because the ending is a strong reason why this movie doesn't deserve that much rating and re-watch value. It's open ending but also hanging. Personally I disappointed with it, it leaves some holes in the story. By telling this, I hope it doesn't counted as a spoiler. More or less I believe this point will influence some people who wants to watch this movie. The choice is in your hands ;-)

Completed
Jianne
2 people found this review helpful
Other reviews by this user
0
Sep 20, 2017
Completed 0
Overall 8.0
Story 7.0
Acting/Cast 8.0
Music 8.0
Rewatch Value 7.0
Hilariously titled, Pieta in the Toilet marks RADWIMPS frontman, Yoji Noda's acting debut. And what better debut than to work alongside rising young Japanese actress, Hana Sugisaki, who at her young age has been garnering awards including a best supporting actress at the Japan Academy Awards.

Pieta in the Toilet is a mix of arthouse feature and an indie flick. Daishi Matsunaga crafts a beautifully poignant film that feels very raw and honest. He does this with simplicity. Forget dramatic sun flares or slow motions, the use of sound, dialogue and camera work makes the emotions overflow.

Noda and Sugisaki have an interesting dynamic much like their respective characters—a struggling painter and an angst-ridden teenager. In them, an unusual friendship forms. It's actually such a treat to see these two interact. Noda embodies a just-get-by character, soft spoken and at times, even delicate and Sugisaki counters that. Loud, headstrong and jarring, she delivers with such fluidity, it's lovely to watch her on screen.

Pieta in the Toilet doesn't patronize. In fact, it doesn't try too hard given its somewhat melodramatic plot. Instead, its characters are the highlight. I would have just probably wanted for the characters to be fleshed out more. And instead of speaking between the lines, it's much more better to be direct. I feel like that part leaves too much blanks to feel.

But nevertheless, the cinematography is to love. And the overall aesthetic and colors are very flat—embodying the film's very characters. Powerful ending.

To those who don't understand the title and say it has nothing to do with the film. Actually, it does. Especially in the final moments. 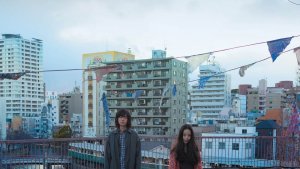