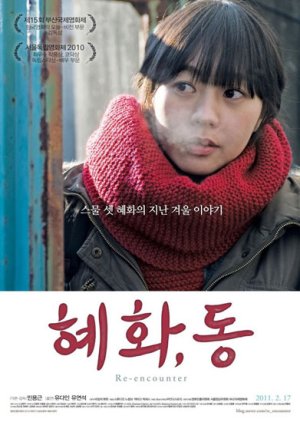 Hye Hwa (You Da In) works as an assistant to a veterinarian. Hye Hwa spends a lot of her time saving abandoned animals. If the dogs are not adopted Hye Hwa takes the dog home. One day, while Hye Hwa is out trying to save a dog she sees Han Soo (Yoo Yeon Seok) standing in front of her. 5 years ago, Hye Hwa and Han Soo were a couple in love. At the young age of 18, Hye Hwa became pregnant and dropped out of school. Hye Hwa and Han Soo made plans to start a family, but Han Soo suddenly disappeared without warning. Hye Hwa is told by Han Soo's mother that Han Soo left for Canada. Hye Hwa felt completely abandoned. When it was time for Hye Hwa to go in labor, she was terrified and experienced difficulties in giving birth. Hye Hwa woke up with her mother sitting next to her hospital bed. Hye Hwa's mother tells her that the baby died of heart failure. Now, five years later, Han Soo is back and stands in front of Hye Hwa. Han Soo then drops a bombshell. Han Soo tells Hye Hwa that their baby didn't die and was actually adopted. As evidence, Han Soo shows Hye Hwa a document with Hye Hwa's signature stamp giving permission for the adoption. Han Soo also shows Hye Hwa a picture of their baby when it was born. Edit Translation 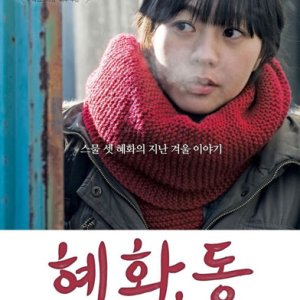 Completed
JasonBourne92
6 people found this review helpful
Other reviews by this user
0
Dec 3, 2013
Completed 0
Overall 9.0
Story 10
Acting/Cast 10
Music 9.0
Rewatch Value 7.0
This review may contain spoilers
"Bad things happen, but you can still live" - Joe Lamb, a schoolkid telling an alien how to move on in life; in the hollywood movie 'Super 8'.

Well, 'Re-encounter' takes a step further and asks our lead actress to choose between moving on ahead in life to a better future or to mere exist in the world giving up on dreams and hopes. For her, its easier to just exist and you will understand her choice once you see her story in the early parts of the film. Or you can just read the plot on MDL. It's on you ! But I'll try to convince you to watch this beautiful film without giving any major spoilers.

The film doesn't open with her back story, the viewer gradually finds out soon after first few scenes. The back story is that she was totally abandoned when she was pregnant at 18 and also lost her child on birth. It was like the world closed down on her and there is no one accepting her. So how does one reply back? You would try to live on but it would be damn difficult. This film doesn't show you how our lead went through that phase. It shows you how she deals with the situation she confronts when her past comes back (re-encounter).

Any dog lovers around here? You all will love her. She currently works as a vet's assistant and in her free time goes around and rescues abandoned dogs. Her present life aptly describes how the society is divided. An abandoned woman rescuing abandoned dogs !
The story starts when she is 23 years old and has quietly settled down and her ex-boyfriend comes to visit her with a heart dropping fact. Yeah, FACT.

It's upon her to choose now whether to move on from her own comfort(negative) zone or to just destroy her ex's chance of redemption. Life has given her a chance to abandon him ! How does one respond? If you were in her shoes will you do a tit for tat? The film goes on till the very last scene where her choice is finally revealed. And that is one very good aspect where the writer-director has won my praise. Her action is aptly justified not only in the beginning but in the end as well. The viewer can never really understand what is going on in her mind. The director gives tiny little clues to us so that we could get into her mind and exactly know her state of play.

The plot is an intelligent, well written and displayed with realism. You won't feel as if anyone is acting. You will be in their world. There are fairly countable dialogues. The film is slow paced but it requires to be slow. It is the one of the best indie-films yet so far in my view.

As you watch, you will notice a that the performance given by the two leads only excavates the realism of the narrative. You will be able to understand the loss and pain suffered by each of them which ironically, both of them initially aren't aware of the depths of scars faced by themselves.

The film is a combination of human drama and 'tense' suspense which will make you follow the story until the climax reveals the meaning of how to live even when bad things keep on happening. The film shows metaphorically as to how to treat other's mistake.

If you like this movie, please message me. I guess that then you too will have liked the very last scene.

P.S - This is definitely not a 6-7 rating film. More people need to vote !

The story is beautifully done- not a lot happens in this film,as it's more about the emotional consequences. I must admit- this is not an easy film to watch at parts, as it it heartrendingly sad. It's a real pity that this film is not more well known, as it is a fantastic film.

Yoo Yeon Seok and Yu Da In are brilliant as the two leads. Their portrayal as the broken couple is breathtaking and they make you feel every emotion they portray. The rest of the cast are great also- but it is these two that stay with you after the film ends.

The music in the film is very suitable- it is very poignant and enhanced the emotions of every scene.

I give this a rewatch value of 8, only as I feel this is not the kind of film that is easy to rewatch, due to its sad content.

Overall, I highly recommend anyone to watch this film. This is a powerful film, that will leave you more than a little bit teary after the ending.