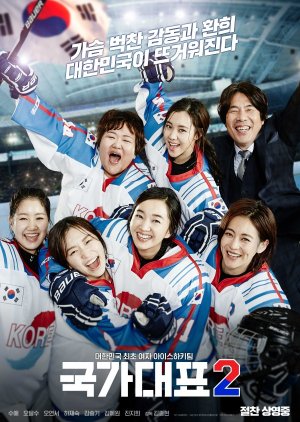 What does it take to form a women’s Olympic national ice hockey team? A few middle-aged women, a middle school student, and maybe even a North Korean defector? Kang Dae Woong is tasked with pulling together a women’s national ice hockey team in the hopes representing South Korea in the Winter Olympics. What he is able to assemble is a hodgepodge group of women -- Lee Ji Won, Park Chae Kyung, Go Young Ja, Jo Mi Ran, Kim Ga Yeon, and Shin So Hyun -- who can barely skate, let alone strike a hockey puck. Can this lackluster group form a team to even dream of making it to the Olympics? (Source: Viki) Edit Translation 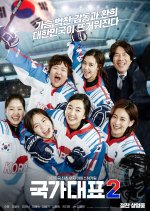 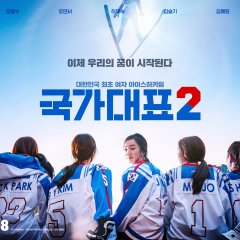 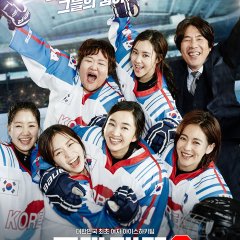 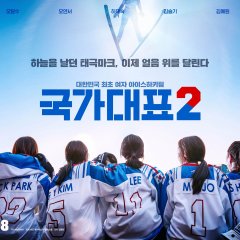 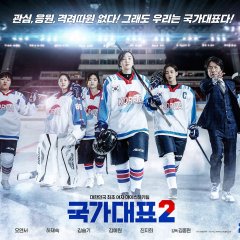 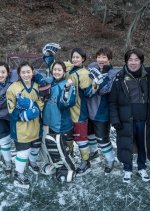 Completed
Wandering_Queen
2 people found this review helpful
Other reviews by this user
0
Mar 14, 2018
Completed 0
Overall 9.5
Story 8.0
Acting/Cast 9.5
Music 9.0
Rewatch Value 9.0
This film had a lot of heart and a great cast of women, all different from the next. It got me all choked up near the end. I was cheering for them, knowing full well that its not a live hockey game. I don't even care for hockey, I don't even think I have ever watched a real hockey game in my life. The best part of this compared to many sports film I have watched, I didn't feel like I knew the ending of each game they played. I was assuming they would start winning them all, but damn, each game they had to work for it. It was never an easy game. Ji Won & Ji Hye's story of parting and reuniting was so touching, especially near the end. Anyway, watch the damn movie if you are on the fence.

Completed
Lady
2 people found this review helpful
Other reviews by this user
0
May 18, 2017
Completed 0
Overall 10
Story 10
Acting/Cast 10
Music 10
Rewatch Value 10
It was an emotional ride with all those 'Mighty Ducks' feels - an excellent sports movie, that shows just how much grit it takes not to win, but to keep going.

I loved the fact that first; it was focused on the women - all that girl power! And second; it was based on a true story - it shows the courage, the hardships and the relationships that formed over the course of time as they became a great team - not just in skills but because of what they had to endure to get to where they are.

The actressesssss; from Soo Ae (Sweet Stranger and Me) who plays Lee Ji Won, and Park So Dam's' guest appearance (Cinderella and the Four Knights) who plays Lee Ji Hye. As sisters in the movie they brought all that sass and strength to their roles.

You can see a lot of development in the characters/ people they played. For instance Kim Seul Gi (Splash Splash LOVE), who's plays Jo Mi Ran, who at first seems more focused on getting paid than being in a team, but soon evolves into a player that puts a lot of heart into ice hockey. Also, Kim Ye Won (Tomorrow with You) who plays Kim Ga Yeon, who is unemployed and whom is at first only interested in her appearance, but soon develops into someone with a big heart and who isn't afraid to get hurt.

Whether they were at all like the people they were playing is yet to be seen and whether the story stays true to the real events, we cannot be sure, nevertheless they all did well and it put a big spotlight on a team that deserves praise for their efforts.

I definitely recommend this! 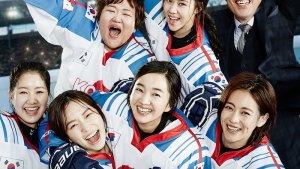