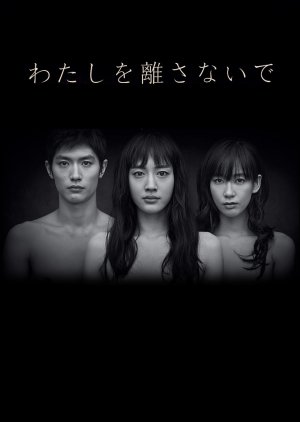 Hoshina Kyoko, Doi Tomohiko and Sakai Miwa have been leading ordinary lives working as adults. Raised at Yoko Gakuen which was isolated from the world and located on the mountain, the three of them enjoyed child-like lives and education and were supposed to be normal children. One day, they were told by their principal Kamikawa Emiko that they are special children who have been given a “mission” from birth and were informed of their “true destiny”. The three are actual clones and they were produced for eventual organ harvesting. Edit Translation 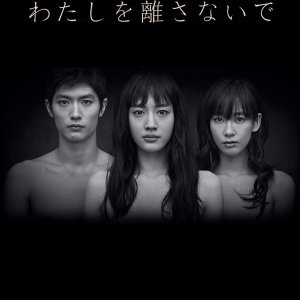 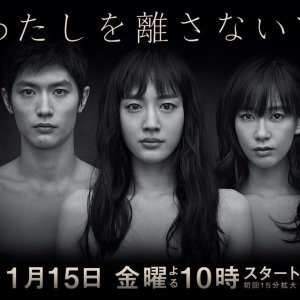 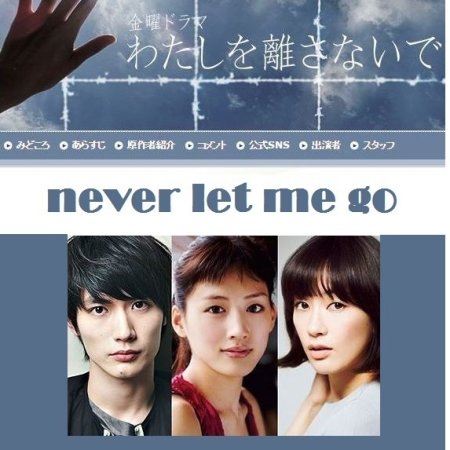 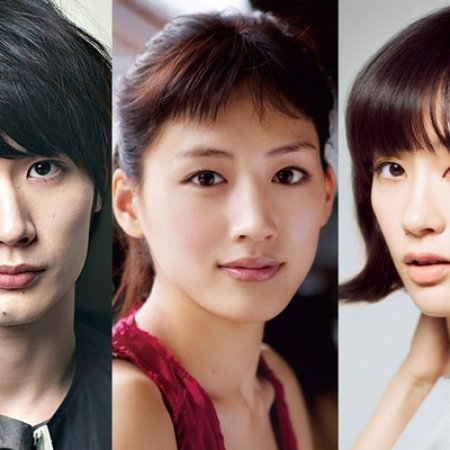 Completed
Paige
15 people found this review helpful
Other reviews by this user
0
Mar 24, 2016
10 of 10 episodes seen
Completed 0
Overall 9.0
Story 8.5
Acting/Cast 10
Music 10
Rewatch Value 6.5
Ahh~! Finally completed the last episode today, and I am still not sure if I am emotionally stable enough to write this, but well, I am writing this now when the feelings are still fresh.

This is definitely not a drama for the weak-hearted, or if you're looking for a quick show to chill with over the weekend, I believe this show is not for you, from the start it is already very obvious how the ending would be.

So let's go into details on how and why I gave this rating.

STORY 8.5/ 10
This drama, is based on the bestselling novel by Kazuo Ishiguro, under the same title, Never Let Me Go. Well, I haven't read the book, and I don't think I will ever gather enough courage to go through the pain this story subjected me to, as an avid dystopian reader however, I would say this is one of the best dystopian story out there. It is probably why the book was on bestselling list and even made into a movie by Hollywood and now into a drama.

The story, as most dystopian story should be, is dark and filled with underlying messages. It is about clones (specifically three of the many clones that has been saving the world from many diseases and accident that would cost someone's life), it is about how they are growing up, the environment they grew up in made who they are, it is about the relationships they formed with one another, how different people have different personalities and all. Nature vs. Nurture, a famous theme being fused into many dystopian fictions, it is found here.

I do not want to say more on this as I don't want to spoil it for you. So, if you're reading this review because you're on the bench about whether to watch it or not, I would say, go for it if you're up for that 10 hours of deep, dark story that's going to unfold. You can even try and start to watch the first 10 minutes of the show, I believe you'll get the gist of it enough to decide for yourself if this drama is for you right now. To those out there looking at this review because they find the first &quot;childhood&quot; part of the episodes being boring, I would advice you to watch through them, it is just for about 3 - 4 episodes anyway, and the childhood part helps build up many things that would only make sense later. Good luck.

Because all the main casts in the story has done such a good job in portraying their characters of course.

When I am rating acting and casts, I am not rating the character, but how well the actor and actress are playing their character, whether they are making their character come across the perfect goody-two-shoes or the crazy-bitch you want to slap over and over again, or that bad-tempered, bad-mannered boy who scream and shout whenever he is angered.

Ayase Haruka and Mizukawa Asami has probably stolen more limelight in this show than they should have, but they are actually the important main characters of the story anyway. Miura Haruma is one of the main cast, but his role has always been &quot;that boy who stolen Kyouko's heart&quot;, so I am not really surprise by the lack of scenes and actions he gets in the show.

I have to say, I am actually amazed by Mizukawa Asami, for the first time I ever seen her on TV she was that tom-boyish(?), shy girl in Shitsuren Chocolatier, her acting as Miwa was surprisingly jaw-dropping, for so many times I actually felt like pinning her down somewhere and bitch-slapping her, she is that good. I believe I am going to keep lookout for her future projects now.

Such cleaver lyrics that would remind you of the title, that tone and voice little melancholy, you would just feel your heart aching a little listening to the tune, and the thing is, this line stay in your head days after you've done with the episodes. Personally I went and searched for the song soon as I heard it the second time. It fits the drama, I think.

The music in this show is more or less perfect to me, seeing how this is not a cheerful show of course the music would have to match. I have listen to sountracks puts together by Yutaka Yamada before (in Boku no Ita Jikan, any fans of Haruma would know), I have expected good from Yamada-san, and he has not disappoint this time.

REWATCH VALUE 6.5/ 10
Now, rewatch value... I would really love to put this up higher, I really do, I really really really do... But I doubt I will be rewatching this show the second time, not unless I am on my depress mood and really need to get a release. It is a great show, I assure you, but at the same time it hurts too much in that not-so-good way, I don't think I can handle a second round. &gt;.&lt;

OVERALL 9.0/ 10
Because I still think this is a good drama, because the casts and the productions has made so much effort in bringing this show to life (and I am pretty sure they never miss out much from the fiction work, I may not have read the book line by line, I've seen the movie and I've read things about it). It should deserve an award of it's own, say perhaps the best sci-fi adapted drama or something, because I think it is.

Last word of advice, if you're preparing to watch this, prepare yourself a whole box of tissue, or two, or a dozen. Enjoy!

Completed
Ana
10 people found this review helpful
Other reviews by this user
0
May 27, 2016
10 of 10 episodes seen
Completed 0
Overall 10
Story 10
Acting/Cast 9.5
Music 10
Rewatch Value 10
I can't give any less than 10 to this drama. Powerful, is the word to describe it. Hopeless and full of hope at the same time. This drama kept me wanting more, even though I cried a lot. This drama made feel hope, wanting everything to change even though I had the feeling that it wouldn't happen. The cast is great. Of course some supporting roles are just meh, but the main roles (the love triangle, Emiko-sensei, Madame-sensei, all the teachers), those where perfect. Powerful scenes, powerful thoughts. We can learn so much humanity from this. From Kyouko. That was the greatest thing on this. The music, oh my god. Now I can't even ear the song without feeling sad.
No, this drama is not a comedy. Is not remotely funny. It's sad. It's beautiful. Makes you feel kindness, and makes you feel hate. Makes you think, more than anything. Because the story makes me so mad! Children, who have hopes and dreams live in a institution without knowing the world beside those walls. And if this sounds awful to start with, we can see that they don't care. Of course they are curious about what is over the walls. But they can be happy, they can smile, they can cry, and they can love. And we think "How can they be happy". Well, they are. And it's amazing to see how cute they all are. They are perfectly normal children, so kind, so human. Suddenly they are told that they are clones, created to be donors. This is awful. This is truly nonhuman. How can we create people so that they would live their entire life surrounded with death and sadness? Because they can't only donate. Before that they will take care of those who already start the donations. This is awful. This is truly, truly horrifying.
I think that this story has so much more than most of people can see. I could see so much beyond the love triangle. AlI of the situations that those 3 have lived were really life lessons. I can see the awful path that humanity is taking (I would not be surprised if this is actually going on somewhere in the world). I could see the moral dilemma and the gratitude that the normal people have for them. I could see that, even after a life knowing that you must do that, you can still be afraid, you can still feel love, you can still scream for help. I could see Kyouko growing up with a tender heart, full of intelligence and kindness. Because in all the bad times she had a positive message to take. She was a great person, so human, so gentle. Because even though you wish to kill Miwa, and you think she was an awful person... Kyouko can see behind that, and made her really happy. You know the movie "The Pursuit of Happyness"? This drama is like that: Everytime you think they will finally be happy... Something breakes your heart a little more.
Manami was more than we knew. She was great character, I would love to see some more episodes with her and the rebels but... This drama is not about it. This is not a happy drama. They don't know what is a happy end.
About the rewatch value... I think that this drama has so much details that we can't see for the first time. I think I will totally watch it again. It's worth it. But not just now.

It's not and easy drama to watch. It's not to "only pass some time" and "just get my mind of my work". Makes you think a lot, feel a lot. It's not only a love story. It's the love story of people who are doomed, and, like any other human, fight with themselves over a doomed life.

I totally recommend it. Hope you enjoy it! :) 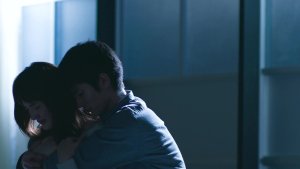