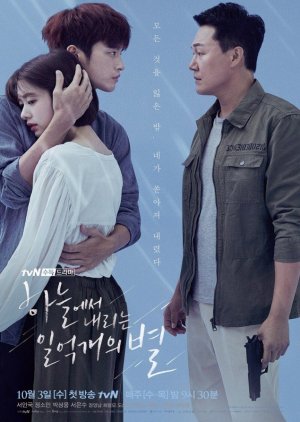 A TV series centered around the unfolding relationship between free and unpredictable yet dangerous Kim Moo Young, who is called a "monster". He is the first assistant in a Korean beer brewery who becomes a suspect when a woman's suicide turns out to be murder. His life begins to change when he meets a kind, warm advertising designer named Yoo Jin Kang, who wishes to be Moo Young's safe haven. She bears as many emotional scars as him. Yoo Jin Kang also has a brother, a homicide detective named Yoo Jin Gook, with 27 years of job experience. He strives to "reveal" who Moo Young really is and attempts to keep his sister, Jin Kang, away from Moo Young, with whom she begins to know. This is a remake on a Japaneses series called Sora Kara Furu Ichioku no Hoshi. (Source: AJ at MyDramaList) Edit Translation 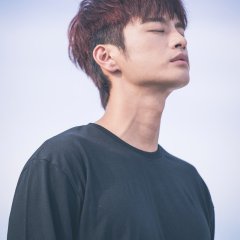 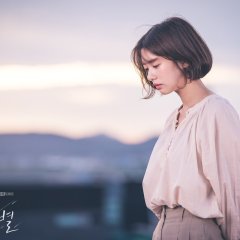 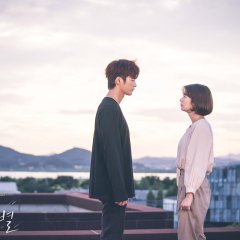 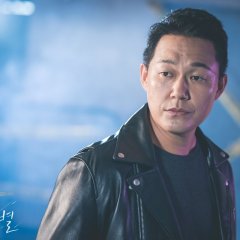 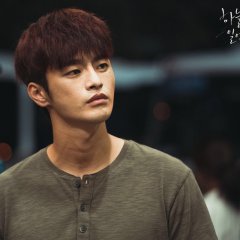 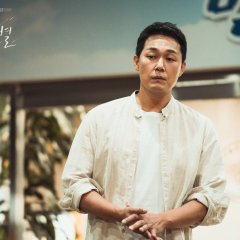 Completed
Pingukkie
58 people found this review helpful
Other reviews by this user
3
Nov 23, 2018
16 of 16 episodes seen
Completed 3
Overall 9.5
Story 8.5
Acting/Cast 10
Music 10
Rewatch Value 7.0
**Please note that this review is about solely this version as a drama, and will not refer to the Japanese original whatsoever.**

Possibly my favorite melodrama kdrama I have seen.

The story of 'The Smile Has Left Your Eyes' is something so vastly different than most Korean dramas. It is a melodrama that sublimely incorporates the genres of thriller, mystery, romance, and tragedy of all things--and on top of your not-so-typical antihero lead, it sheds some light on some controversial topics (which will not be named due to this review being spoiler free). The story starts off quite eerily, full of suspense and mystery, and gradually as the drama progresses, the melodrama kicks in while retaining most of the suspense.

I do feel it slightly lost some spark towards the climax due to the script demanding misunderstandings (don't we love those?). Many conflicts could have been avoided if there was better communication amongst the characters. I suppose this can be said for virtually any drama, but it especially applies in this case. It doesn't help that some of the situations aren't fully concluded. I do also feel there were just a tad bit many plot devices used to progress the story. Some character actions just make little sense, and there was either little or no explanation to them afterwards. I at often times felt frustrated by many of these actions, but fear not; it shouldn't detract much from your entertainment, as the overall execution and the story itself are quite beautiful.

Moving onto the cast--they were absolutely splendid. The leads had amazing chemistry, and everything felt genuine, from hardships to happiness.

Seo In Guk plays his first antihero role in Kim Moo Young, and he truly delivers. His character is sharp, mysterious, and conflicting, and much like Jin Kang, I could not help but be drawn to him, wanting to figure out his character, questioning his motives and actions. Moo Young's dialogue was also quite intricate in that viewers and characters alike could draw multiple meanings from his words. I think this was one element the drama and In Guk pulled off especially well.

Jung So Min plays Yoo Jin Kang, a rather strong willed woman who is also very kind, forgiving, and sympathetic. Jin Kang's strength as a character is not what I would classify similarly to a strong female lead, but she is strong because of her ability to endure everything she has experienced, accept it, and move on. Jung So Min conveyed Jin Kang's emotions so vividly well, the emotional pain is visible through her interactions.

Park Sung Woong nails his role as Jin Kang's brother, Yoo Jin Gook, as well. He portrayed the shifts in emotion as the drama progressed very well. I do however, wish his character was better written.

As for the supporting cast, their performances were stellar as well. Seo Eun Soo pulled off a very convincing girl blinded by love in Baek Seung Ah. Go Min Shi as well with the complications in her character, Im Yu Ri. Special mention Kim Ji Hyun whom played Jang Se Ran. She completely took me by surprise, both her acting and her character.

Most of the faults in the cast were largely due to shifts and errs in the script, not the actors themselves. The actors always delivered in their roles, but often there were actions that just didn't make any sense, conflicts that could have been avoided if we applied any spec of common sense to the situations, which leads back to my stance on there being too many (in)conveniences to the story.

The music in this drama was synced flawlessly. If I had to compliment any one thing about the drama, it would absolutely be the soundtrack. The eerie, sinister themes added so many elements of suspense to drama. Sorrowful, yet calming and somehow uplifting music complemented the melodrama and romance all too well, especially 'Lost' by Ahn Ji Yeon. 'Someday' by Yi Sung Yol was the perfect song to end off many of the episodes' suspense, while leaving you craving for the next. And I can't forget 'Star' which was a beautiful addition sung by none other than the 2 leads Seo In Guk and Jung So Min. I feel this song greatly reflects their relationship in the drama.

Definite a recommend from me if you're looking for a melodramatic romance with thriller and mystery! Just take note that this does happen to be a tragedy.

Completed
manicmuse
53 people found this review helpful
Other reviews by this user
4
Nov 23, 2018
16 of 16 episodes seen
Completed 4
Overall 10
Story 10
Acting/Cast 10
Music 10
Rewatch Value 10
I have not been this obsessed over a drama in a while, and I rarely give any drama perfect 10s, but I believe this drama is the perfect melodrama. The plot is a mix of suspense, ill-fated romance, psychological thriller, and tragedy. Every single episode is engaging from the very beginning to the last moment. I love interesting characters and here Seo In Guk shines as the enigmatic Kim Moo Young, who's every expression captivated me in a way that few Kdrama leads have. I had no idea what this drama would be like when I started it (having never heard of the original Japanese version), but from Moo Young's first judgmental side eye and confident and slightly dangerous smirk, I knew I was hooked.

This definitely isn't my first time liking either of the leads in a drama, but I feel like this is both of them at their absolute best. Seo In Guk and Jung So Min also have legendary chemistry here, ranging from entertaining banter, to intimate and genuine, to emotional rollercoaster. They both really get to showcase their range in these roles and create truly memorable characters who I couldn't help but care about and root for, even if their relationship was extremely complicated and messy. That's what I loved most about this drama and its characters, nothing is all good or bad, and nothing is as predictable as it may initially seem. These characters make frustrating decisions and take scream at the screen inducing actions, and instead of that making me mad it just made them all feel more human.

It also helps that the entire cast is impressive. Park Sung Woong big brother role and Jang Young Nam also have amazing chemistry and give really great performances. I loved Moo Young rivalries with various characters. I especially loved the moments when Jin Kang and Jin Gook hid darkness and depth behind their smiles and teasing. The whole cast really played well off of each other. Some roles end up being more significant than others but there's not a single weak link in the cast, which helped to make some of the more melodramatic moments feel more realistic and made me more invested in everything that was going on, even during moments when I was confused. Eventually, all the elements of the story do come together, so any confusion I had was always temporary, and just kept me more interested in what was going to happen next.

Would I watch this drama again? Without hesitation. Although the suspense of not knowing what's going on would be gone, just watching how all the pieces fit is entertaining to me. I also feel like this is the kind of drama where I might pick up on something during a second viewing that I missed the first time. I really wasn't ready for this drama to be over, even though it ended in a way that seemed inevitable and was well done. I still miss the characters enough to want to see them again, especially the sensitive yet slightly sexy and sociopathy Moo Young. I crushed so hard on Seo In Guk watching this it was almost shameful. That's another automatic reason to want to watch this again. I will probably watch the original version too, but I can't imagine me liking this version any less after viewing it... it's too good.

I should also mention the music which to me fit the show perfectly. There was even a moment when I was holding back tears but as soon as "Star" played, Seo In Guk and Jung So Min's duet, the floodgates opened and I couldn't hold the tears back any longer. The harmonies got me right in the feels and now it's among my KDrama OST favorites. I had no idea it was even them singing the song at first so that's just another reason to love them together.

Overall this is easily one of my new favorite dramas ever, so of course, I would recommend it to anyone and everyone. The story is a pretty dark one, but it's not without light moments and scenes that made me smile and swoon. This isn't exactly a sweet romance, but there are plenty of moments to satisfy romance fans. There may not be much action for crime thriller fans, but I think the suspense around characters and the story makes up for that. If you are the type of person who prefers stories about happy people living happily ever after, then you may want to skip this one, but I think you're missing out.

Now that there are no more episodes left, I feel the smile leaving my eyes : ( but since it is Thanksgiving I will just be thankful that I got to watch what I'd easily call the best drama of the year! 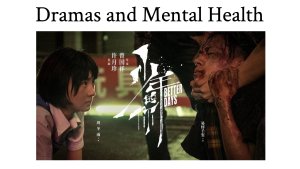 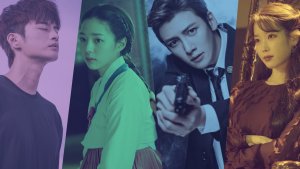