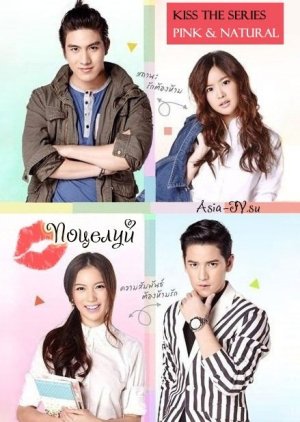 Sandee is a university student who is often surrounded with male friends and considered to be their buddy. One morning, she wakes up only to find herself naked in Thada's bed, who is one of her friends. Confused and shocked, they cannot remember whether they did anything during the night because they were both drunk. Now they are trying to hide this from their other friends because they do not want to destroy their friendship. However, it seems that you cannot hide falling in love forever... Edit Translation 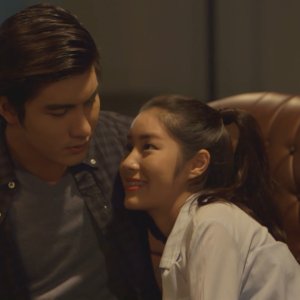 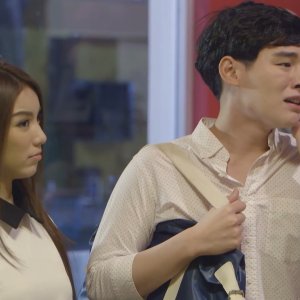 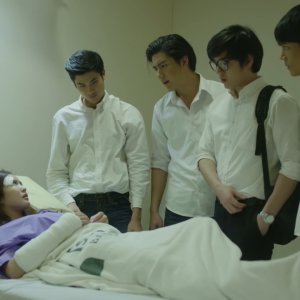 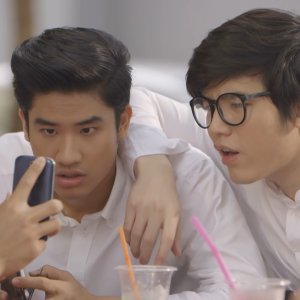 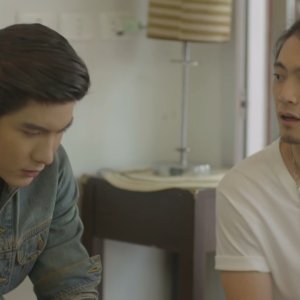 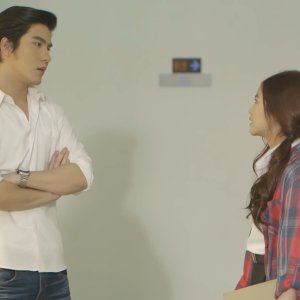 Completed
Wolfie689
17 people found this review helpful
Other reviews by this user
0
May 26, 2016
16 of 16 episodes seen
Completed 0
Overall 6.5
Story 7.0
Acting/Cast 6.0
Music 4.0
Rewatch Value 2.0
This review may contain spoilers
Short Review: The synopsis showed lots of potential that unfortunately the series didn't live up to it. I enjoyed watching parts of this series but I found that a good amount of it was confusing and frustrating skipping over parts became necessary if I didn't want to drop it.

Longer Review: It became frustrating to watch after awhile mainly due to the character Sanrak. At first she seems naive and innocent but that naivety fast becomes what feels like stupidity which I personally did not enjoy watching. In the beginning she seems like a protective older sister but that doesn't last long. Now this is only my second Thai drama so I'm not familiar with the culture which probably didn't help but understanding who's related to who and how when it comes to Sanrak & Sandee's family was confusing. They mention an older sister named Sansuay but she never makes an appearance and her relationship with Na is never really explained so that too added to my confusion.

Sandee & Thada were probably the reason I didn't drop this drama after the first few episodes. Although it became cliche at times and somewhat frustrating, it was the enjoyable kind of frustration. Also their group of friends also made it fun to watch. There are a few twists that happen within the friend group that help the show along and they all seem to genuinely care about each other and their friendship. The issues acknowledged within the group were handled pretty well so that helped a lot.

One thing that bothered me after I finished the series was that they didn't address a few of the conflicts that had happened. I'm not sure I can really go into more detail without spoilers or sounding so vague it's confusing but I'll try. Some minor characters conspired and did some things to the main characters that caused harm either mentally or physically and they were never really resolved. There was one incident that was somewhat concluded but it was done so quickly it felt like an after thought and I was left annoyed because I wanted to see this person be punished for what they had done, not just get called out with an implied possible punishment.

Also the product placement was intense in this drama. At the end of an episode they would have a segment called "Beside the Scene" which for the most part wasn't important or necessary.

Completed
blackstar_aria
7 people found this review helpful
Other reviews by this user
0
Jun 1, 2016
16 of 16 episodes seen
Completed 0
Overall 9.0
Story 9.5
Acting/Cast 9.0
Music 1.0
Rewatch Value 8.0
The reviewers before me did not mention how AWESOME this lakhorn was. In Kiss: the series you got your love triangle, your family drama, your friendship issues, school drama and comedy all in one. This lakhorn feels like a cross between fated to love you, Kiss Me and Dear sister with a bunch of other layers.
Although the ending seems premature and leaves a ton of loose ends; the series, the story and the acting were all done beautifully.
Notes: This is not my first lakhorn so I have a little understanding on the really bad ones and some good ones. Additionally, after Tao (the actor who plays Khun Na) epically lost the girl in Kiss Me, I think he deserved a chance at getting the girl in this lakhorn; or that could be my SLS talking (second lead syndrome).
The Good: Unlike other Thai dramas I have watched, Kiss was full of drama but more “realistic” drama.
I liked how the characters are constantly growing and evolving even if they are annoying. The story line seems to pressure and challenge the characters into being honest with themselves and others about how they feel.
Although this is a dramatic lakhorn there are a lot of funny moments in it, and a lot of comedic relief. To my surprise at least 40% of the supporting characters were gay men, plus the cute guys were plentiful, gay or not. However, do not get your hopes up for fan service.
There were no evil stepmothers and the crazy ex-girlfriends were somewhat understandable. The second male lead (Thew) was a bad actor so no SLS!!

The Bad: I didn’t like the long dramatic lakhorn pauses, but I feel like its part of the deal. There were a ton of flashbacks scenes that did not progress the story. The writers often left the ends of side stories inconclusive, but the annoying “beside the scene” promo segments help to clear up loose endings. Speaking of the behind the scenes…. I have never in my life seen such aggressive in-show ads and ad placements. In addition to the ad placements the placement of music did not match what was going on in some scenes… that was strange. They blurred out a bunch of things including wine in a glass…. I mean really?
In the story Sanrak is super annoying at first but she gets better, they never show the other sisters, and they never explained who the brother/cousin/shop owner was.
Although there weren’t a whole lot of answers given, I still loved this lakhorn. The story shows how beneficial it can be to be true and honest to yourself and others. I recommend this story to drama lovers who like romance and family dramas.

P.S. In the last episode in the last “beside the scene”, there is a book clip holding Sanrak’s skirt up…. Smh