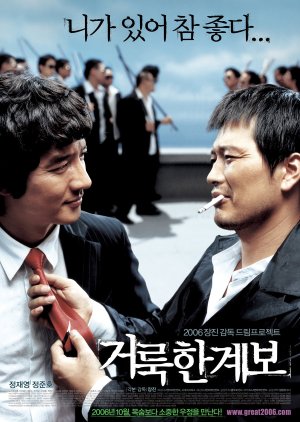 Chi Seong, a gangster, is sent to prison for seven years after stabbing a man on orders from his boss. But his boss betrays him and tries to have him killed, though the attempt is unsuccessful and Chi Seong manages to escape. His childhood friend Joo Joong is given the task of tracking him down, forcing him to choose between his friendship and loyalty to his gang. Edit Translation 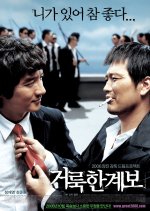 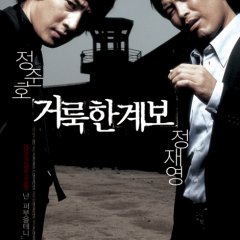 Completed
Pattie
2 people found this review helpful
Other reviews by this user
0
Nov 4, 2012
Completed 0
Overall 9.0
Story 9.0
Acting/Cast 10
Music 8.0
Rewatch Value 8.0
im surprised there aren't any reviews for this movie well i always saw it on netflix but never clicked on it and then i got bored and decided to watch it and omfg my feels. Classic friendship story, i absolutely loved it. Its not too cliche like some gangster movies it has its own amount of comedy which was very refreshing. i got choked up in some scenes because omfg brotherhood & friendship and loyalty and ughhhh. The cast was perfect together and the acting was superb. Never a dull moment. everything added up well and im going to re-watch it by forcing the rest of my family & friends to watch it with me. The only thing that bugged me, i kind of wanted 2 certain characters to end up together (if you watch the movie you'll know who im talking about but no its not the main guy). WATCH IT you wont regret it :)

Completed
Tacenda
0 people found this review helpful
Other reviews by this user
0
Apr 30, 2018
Completed 0
Overall 10
Story 10
Acting/Cast 10
Music 10
Rewatch Value 10
Every once in a while you may come across that movie that just hit's you, almost like being hit by a train. It becomes unforgettable, because who would forget being hit by a train, I mean I know I wouldn't. This movie was and will always be one of those experiences. I got into it because of the meaning of true family without blood ties and friendship being separated by enemy lines. This movie will bounce you from mountain to mountain and you won't be afraid, no, you'll be begging for more.

At times I found myself upset and hurt for the first few times I did watch it and it's like why still watch it, well everytime you watch it, you dive deeper and deeper that's why I keep going back to it like a bad relationship or just a stomach ache from a bowl of chocolate ice cream, which is really good guys.
I liked that it stuck with Dong Chi Seong's storyline and it showed him grow like he was blossoming and even though he his a gangster, it showed this side that is rarely seen in Korean gangster movies. It was humanity, it was sensible and it was heartache all rolled up in a waffle cone. Like most of the things I like to compare the different scenes too, the movie itself was full of laughter to keep it from hurting others, to bring that humanity side alive. I mean because at the end of the day we are all human with emotions and sometimes we can't control them.

I loved his friendship with Jung Soon Tan and Kim Joo Jung because if you watch it you see how opposite both of them are and still how much they care for Dong Chi Seong. Listen I'm not saying that if you don't watch this movie then jump off the bridge but if you don't watch this movie at least watch a trailer and pass it on. It's something special, that special you may need in your life. 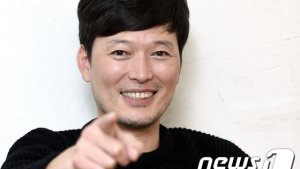 Inmates and their stories
52 titles 4 loves