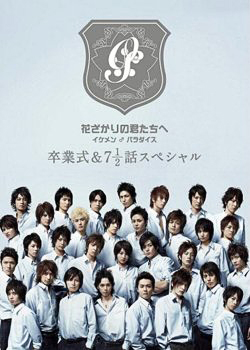 The special took place half a year after the series' end. With Osaka Gakuen getting ready for an upcoming Valentine's Day event, Sano and Nakatsu reflect on the final week of their last summer vacation, which falls into the timeline of the original series between episodes 7 and 8. The special also includes a graduation scene and addresses the relationship between Mizuki and Sano. Edit Translation 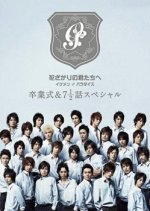 Completed
Rourou
24 people found this review helpful
Other reviews by this user
0
Apr 9, 2012
1 of 1 episodes seen
Completed 0
Overall 8.0
Story 6.0
Acting/Cast 10
Music 7.0
Rewatch Value 5.0
I was kind of surprised with the special, if you're Hana Kimi's fan you'd feel a little disappointed. I believe we all agree that they should've made the special about the school's trip to California in order to visit Mizuki but that wasn't the case.
Anyway, the special was fair enough we get to see more of great moments specially hilarious ones. I totally love Nakatsu he's the best ever! It's true that Hana Kimi's cast was outstanding but every time I think about this drama, Nakatsu jumps into my mind with his weird yet funny and cool thoughts.
Maybe some people didn't like the special or thought of it as unfair but believe me the fact of seeing Hana Kimi's cast and events all over again is worth wasting your time on it.

Completed
Chimai
6 people found this review helpful
Other reviews by this user
0
Nov 20, 2013
1 of 1 episodes seen
Completed 0
Overall 8.0
Story 6.0
Acting/Cast 10
Music 9.0
Rewatch Value 7.0
While I'm sure any Hana Kimi fan will enjoy this, it did fall behind my (and many others') expectations.

The end of the drama led us to believe that the special would take place in California. Sadly, that didn't happen. Budget problems? I don't know the reason. But it didn't happen.

That aside, the story was a bit disjointed and uninteresting. They just tried to fit too much in and it made it kind of a mess. I feel like they just tried to fit in everything that they didn't put in the drama but was in the manga/Taiwanese version. I don't think that was a good idea. It would have been much better to have a real, original story. Nevertheless, it was entertaining.

As I already said in my review for the drama, the cast was outstanding. This time I have to shout out to Shirota Yu. The scene in the cafeteria with Sano was just hilarious. Bages Minami also did a god job playing Julia.

The music was good, basically the same as the drama.

In the end, it was a bit of a disappointment. There were definitely things they could have done better plot-wise, but it still kept the spirit and tone of the drama.