Ichinose Ayumu (Nakajima Yuto) dreamt of becoming a professional shogi player, but his father passed away when he was a high school student. After graduating from high school, he does not go on to university. He works part-time in order to support the household while pursuing his dream. However, he keeps failing the test to be a professional shogi player. Because under 23 is the age limit for the tests, this is the last chance for Ayumu who is now 22. But on the day before the test, his mother (Asaka Mayumi) collapses from overwork and is hospitalised. Ayumu fails the test again and spends all his time despondently on his part-time job. Worried about him, his mother asks an acquaintance to arrange for her son to take the last stage of an employment test at a general trading company. It is to work as an intern for one month. His performance will be taken into consideration to determine whether he will be employed. Appreciating his mother’s thoughts, Ayumu starts his internship even though he doubts that he will make the cut. But he has insufficient social exposure and academic qualifications and is quickly given negative labels by his boss and peers. Ayumu has no choice but to compete. If he runs away from this, he will truly become a person with nothing. ~ Remake of 2014 tvN drama Incomplete Life (Misaeng). Edit Translation 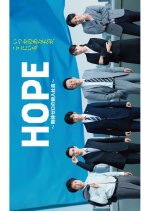 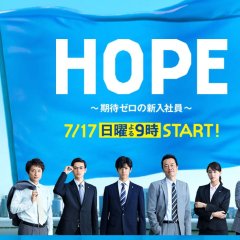 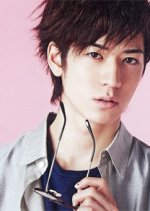 Completed
ElaEnchanted
6 people found this review helpful
Other reviews by this user
0
Oct 29, 2016
9 of 9 episodes seen
Completed 0
Overall 10
Story 10
Acting/Cast 10
Music 9.0
Rewatch Value 9.0
I just finished watching this today, and I must say I absolutely loved it!

If you have watched Misaeng (kdrama version) and actually love that drama, please take time to try and check out this drama with an open mind. Not to compare with the korean version (which is I also actually loved), the storyline was also good for this. Though somehow I wished they could have made more than 9 episodes.

Nakajima Yuto did a good job as Ichinose Ayumu. I guess with this role, you can see his acting skills developed more.And Endo Kenichi as Chief Oda, well, as expected for a veteran actor like him, he also nailed it. And I also love the other casts, everyone portrayed their roles very well. Ichinose's batchmates - Shinji Kiriake (Seto Koji), Shogo (Kiriyama Akito) and Kazuki (Yamamoto Mizuki) have great chemistry. From being unfamiliar with each other to ever working and being concerned as a team. That greatly touched my emotions. I just hoped that their back stories were shown more here.

Just like in the korean version, this also touched my heart and made me empathize with the characters in the story. I cried and laugh in each episode. I feel like there is a need for me to pause for a little while watching because I was so absorbed with some scenes and I need to get back to myself.

Completed
Luly
2 people found this review helpful
Other reviews by this user
0
Mar 2, 2017
9 of 9 episodes seen
Completed 0
Overall 7.0
Story 7.0
Acting/Cast 8.0
Music 7.0
Rewatch Value 6.0
This one is good but not great. On the one hand, it's brilliantly acted (mostly), well-filmed and well-directed. It has aspects of the plot that I was interested in, like young people entering a work environment that's trying to spit them out, fighting to stay level-headed and do their work, blatant sexism in the workplace and the exploitation of workers for the profit of companies that never recognize their individual value and only lets them advance when it's convenient for the enrichment of the higher places.

On the other hand, the plot drags a bit too much, there's way too much exposition, there isn't much of a focus at times and, worst of all, I have the sense that the message of it is for the young generation to just shut up and take it. An "it will happen to you too, you'll see" perspective. Some things get fixed, some things change, but you end up with the feeling that, in the grand scale of things, they really don't. While dramas like Underwear showcase how young people with drive, who reject or disagree with the status quo, can actually both learn from their seniors AND innovate and create something different that adapts with the current times, here I feel the point was for young people to learn to do things the same way and repeat the same mistakes. With very few exceptions.

The plot is basically salarymen, the trade business in Japan and everything that comes with it. We see the introduction to this world through a former shogi player turned into reluctant salaryman, Ichinose Ayumu (very well portrayed by Nakajima Yuto, and honestly I was surprised, he did very well here, he won an award for this). Alongside him, we meet other young interns trying to survive this world: the son of a leader of another company who wants to work his way up rather than use his dad's power to climb (very well performed by Seto Koji), a girl running from sexism in another company and encountering sexism again here because the world sucks (Yamamoto Mizuki) and a cheerful comic-relief-y guy who wants to be respected for his work (Kiriyama Akito).

Taking into account that there's a lot of male idols in this (I counted at least 5, between DBOYS, Johnny's and Amuse) and they did a pretty good job here in general (this was a really good one for Nakajima Yuto to settle the transition from school roles to older roles), I'm even more surprised that the category for idol actor in the 2016 poll was won by a non idol with a terrible role.

I wasn't very fond of Yamamoto Mizuki's performance specifically, but I was very interested in her arc and how it connected to Nakamura Yuri's arc, they really made a point about sexism in the workplace and how hard it is for women to work their way up the corporate ladder while appeasing Japanese social standards, I was indeed very interested in that aspect of the drama, I'm just sad it wasn't more prominent.

I don't even have to say Endo Kenichi carries this drama, I think that's self-explanatory by the fact that he's in it. Yamauchi Takaya does very well alongside him and the chemistry between them and Yuto is very good.

So, overall, it's fine. It could have been better, but it's good. 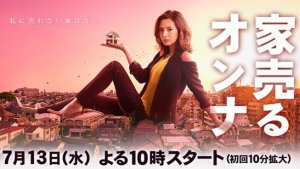