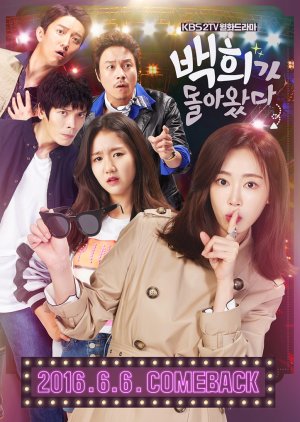 Why would a woman return to her sleepy hometown after 18 years? Yang Baek Hee was quite popular in her small hometown of Sumwol Island but left 18 years ago under a shroud of scandal when she became pregnant. In the intervening years, Baek Hee has married a doctor and become a polished, top salesperson for a home shopping network. When she moves back to Sumwol Island, Baek Hee brings her 18-year-old daughter, Shin Ok Hee. The rebellious Ok Hee thinks her mother is the pinnacle of uncool. But she begins to see her mother in a new light as she learns about Baek Hee’s past on the island. When Ok Hee meets three men from her mother’s childhood — Woo Bum Ryong, Cha Jong Myung and Hong Doo Shik — could one of these men be her father? (Source: Viki) Edit Translation 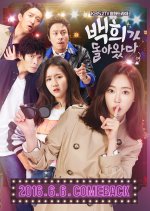 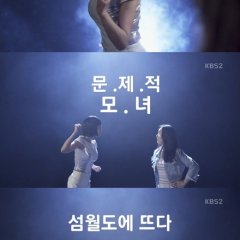 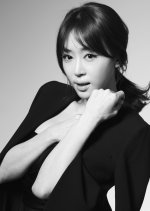 Completed
blackstar_aria
7 people found this review helpful
Other reviews by this user
0
Jul 16, 2016
4 of 4 episodes seen
Completed 0
Overall 8.0
Story 6.5
Acting/Cast 9.5
Music 5.5
Rewatch Value 6.0
After a really long Chinese historical drama I found Baek Hee Returns. Baek Hee Returns is a heartwarming story about facing your past and not running away from mistakes. I loved the story, but because it was so short I felt the timelines were rushed and all over the place.
The Good: This is a great mini-series to get away from a long drama! There is lots of comedy and it hits on serious issues. The cast was really good, I believed all of the characters were who they were playing and Kim Sung Oh was astonishing! There are some predictable plot twists, but there are also some really unexpected plot turns that really make things interesting. And best of all there is a happy ending!
The Bad: The majority of the story surrounds why Baek Hee left and the misconceptions regarding her leaving, so there are lots of flash backs. It took me a while to figure out whose story this was, and who was the main character in the story. The plot moves very fast and initially it is unclear if this is a family drama or a rom-com. There were tons of loose strings at the end and after I fell in love with the characters, I really wanted to know more.
Verdict: I was shocked at how much I liked this drama. The cast was spectacular and really shone through in a story that could have been mediocre. While the story line wasn’t extraordinary the issues touched on were important and I had lots of feels watching the characters come to terms with each other. Keep in mind the story is super short so there are lots of strings hanging; but use your imagination.

Completed
tan
3 people found this review helpful
Other reviews by this user
0
Sep 2, 2016
4 of 4 episodes seen
Completed 0
Overall 8.0
Story 9.0
Acting/Cast 9.0
Music 8.0
Rewatch Value 6.0
This short series is more like a movie than a drama but I liked it. It is cute, mysterious, a little heartbreaking but with a sweet ending and endearing characters. I loved the cast and the acting was deabak all round. I was totally engrossed by the story and i didn't forward anything which is always a plus and happens rarely for me. The series is well written and I really liked the cinematography.
This is one of the best short dramas I have come across, however it does not have much of a rewatch value.
If you are ever in the mood for something short but interesting and gratifying then this is the one for you.